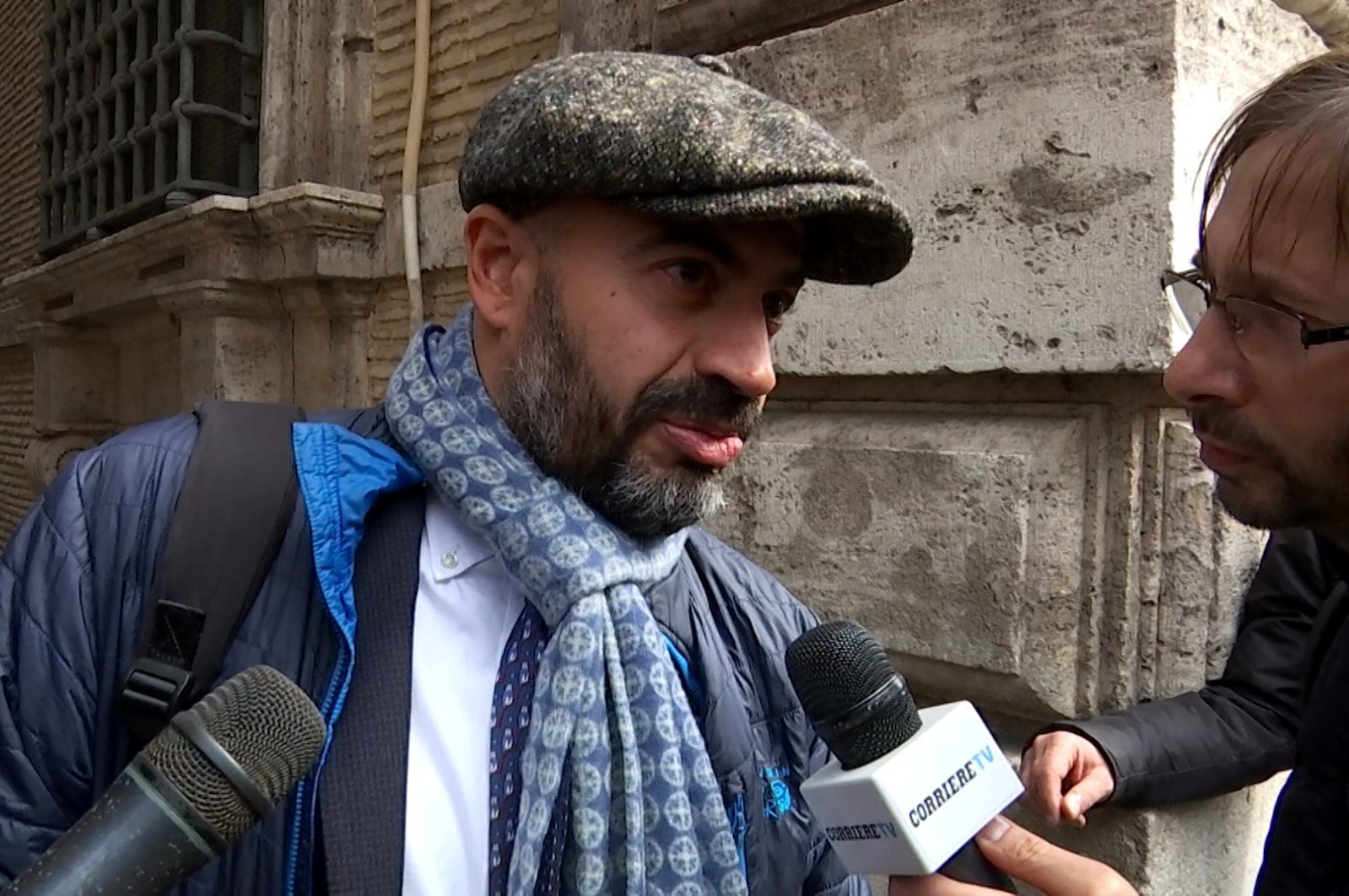 Italian Senator Gianluigi Paragone speaks to media outside the Senate of the Republic in this still image taken from video, in Rome, Italy, March 24, 2018. (Reuters Photo)
by French Press Agency - AFP
Jul 23, 2020 1:24 pm

An Italian senator on Thursday launched a political party aimed at taking Italy out of the European Union, just after Rome clinched a whopping coronavirus recovery fund deal with the bloc.

Gianluigi Paragone, a former TV journalist, presented his "Italexit" party two days after a London meeting with Brexit Party head Nigel Farage, who was instrumental in Britain's decision to quit the EU.

Paragone pointed to a survey by pollster Piepoli Institute from the end of June, which found that around 7% of Italians would likely vote for a party campaigning to leave the EU.

"Consensus will only grow further, in line with the lies Europe tells us," he said.

Political analyst and poll expert Renato Mannheimer said Italians' feelings on the EU had "swung widely over the past few months ... though we remain the country that trusts Brussels the least."

A perceived initial failure on the bloc's part to respond quickly to the coronavirus pandemic in Italy enraged and disappointed the population, but since then, support for the EU has risen again, he said.

A 750 billion euro recovery package agreed upon by EU leaders, with a large slice earmarked for Italy, would boost support further.

"Most Italians don't want to leave the EU. Only around 30% – rising to 40% in some moments – say yes to leaving," Mannheimer told Agence France-Presse (AFP). That figure rises slightly for Italians in favor of quitting the eurozone.

"I don't believe Paragone's party can build a large enough following for Italexit," he said.

Paragone, who has previous ties to far-right leader Matteo Salvini's League party, was elected with the anti-establishment Five Star Movement but left soon after it formed a government with the pro-European Democratic Party (PD) last year.

Both the Five Star (M5S) and the League have toned down their anti-eurozone stance to appeal to more moderate voters.