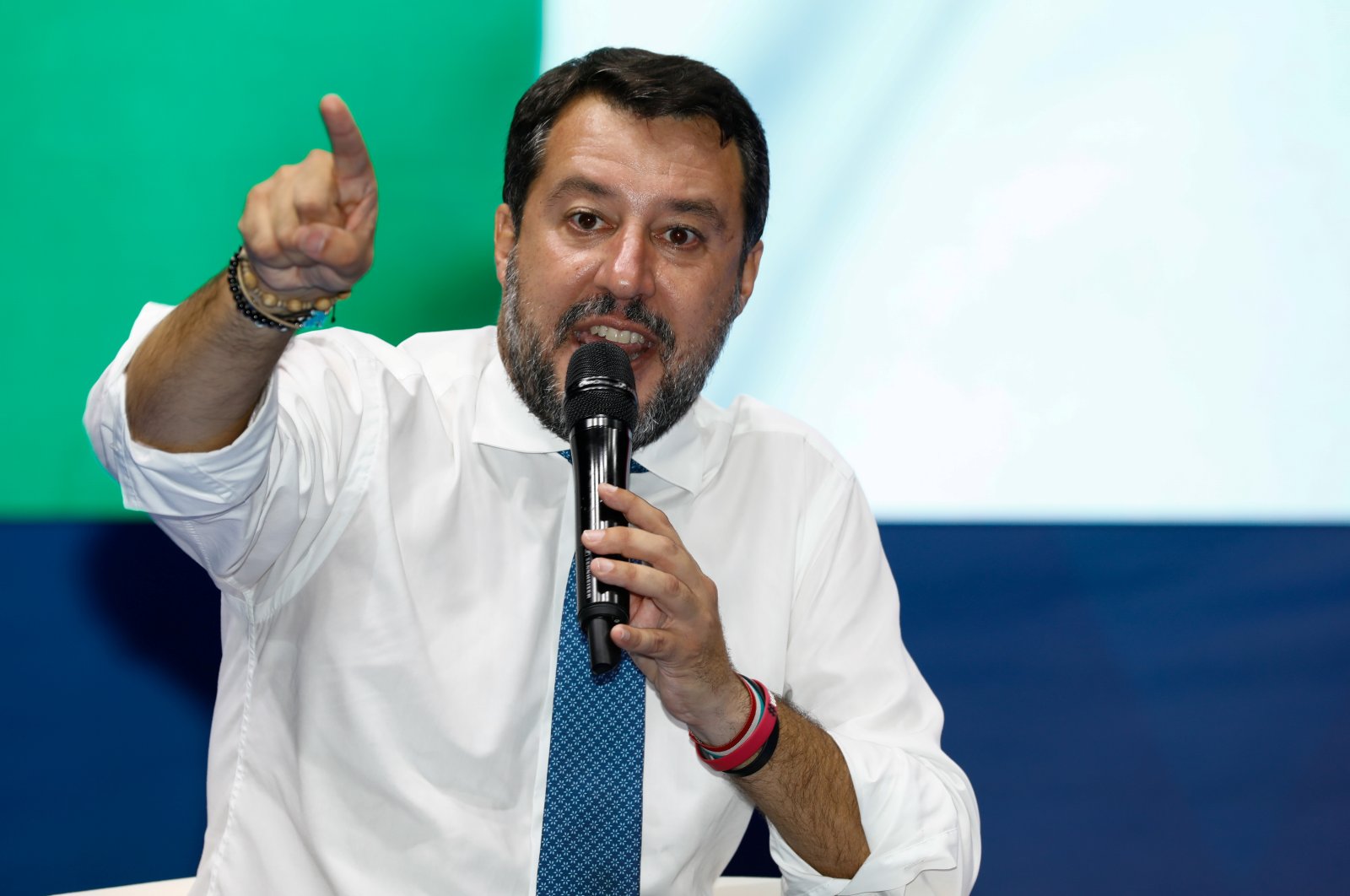 Far-right leader Matteo Salvini speaks to supporters after arriving to Sicily ahead of the start of a trial where he is accused of illegally detaining more than 100 migrants aboard a coastguard ship in 2019, in Catania, Italy, October 2, 2020. (Reuters Photo)
by French Press Agency - AFP Oct 06, 2020 1:48 pm
RECOMMENDED

The center-left coalition government had pledged on coming to power last year that it would overhaul Salvini's draconian laws, which penalized charity ships rescuing migrants in the Mediterranean, and had been widely criticized by human rights campaigners.

"A wall has been knocked down in Italy. We took a while, a bit too long, but now Salvini's so-called 'security decrees' are no longer," Giuseppe Provenzano, a minister with the co-ruling Democratic Party (PD) tweeted.

Salvini, head of the League, had made the crackdown on migrants his priority as interior minister, a move which boosted his popularity in a country that has become the main gateway for migrants crossing the central Mediterranean.

He notably ended the two-year "humanitarian protection" residency permits, a lower level of asylum status based on Italian rather than international law, that were awarded to 25% of asylum seekers in 2017.

Asylum was only granted to those who risked being tortured if repatriated. Protection will now be extended to those who risk being subjected to inhumane or degrading treatment or having their right to private and family life violated.

As part of his "closed ports" policy, Salvini imposed stiff penalties on charities carrying out search and rescue operations, decreeing that their boats could be confiscated and captains fined up to 1 million euros ($1.1 million).

Charities carrying out rescues in line with maritime law and in coordination with national authorities will no longer be fined. Illegal activity will instead be punished with fines of between 10,000 and 50,000 euros, and a possible jail term of up to two years.

The new law also reintroduces the use of smaller reception centers for hosting asylum seekers, which Salvini had scrapped.

Migrants granted permits to stay will have the possibility to convert them into work permits, the prime minister's office said.