Italy to leave coronavirus patients over 80 to die: report 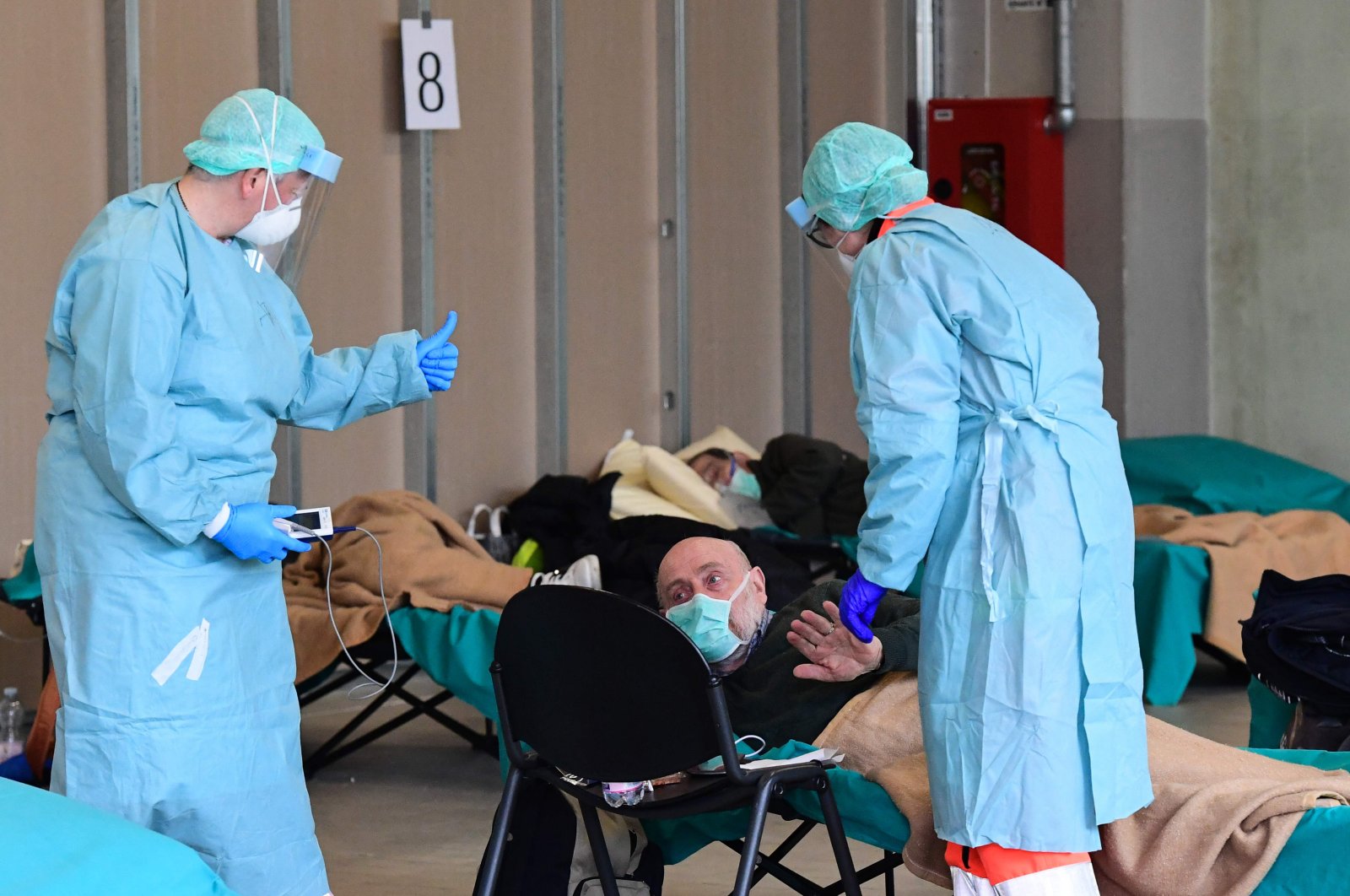 Hospital employees wearing protection masks and gear tend to a patient at a temporary emergency structure set up outside the accident and emergency department, where any new arrivals presenting symptoms of COVID-19 are being tested, at the Brescia hospital, Lombardy,, March 13, 2020. (AFP Photo)
by Daily Sabah with DPA Mar 15, 2020 9:39 pm
RECOMMENDED

Italian authorities will begin denying intensive care to coronavirus patients over the age of 80 or in poor health, the Telegraph reported Sunday, citing an official document.

Citing the text prepared by a crisis management unit in Turin province, the British daily newspaper said that doctors fear the patients denied intensive care will “in effect be left to die.”

“The unit has drawn up a protocol, seen by The Telegraph, that will determine which patients receive treatment in intensive care and which do not if there are insufficient spaces," the report said.

The Telegraph said that the document was produced by the civil protection department of Piedmont, one of the areas most affected by the virus outbreak.

"The criteria for access to intensive therapy in cases of emergency must include age of less than 80 or a score on the Charlson comorbidity Index (which indicates how many other medical conditions the patient has) of less than 5,” the newspaper cited the official document as saying.

The country reported 368 new coronavirus fatalities in its daily bulletin Sunday, the largest death toll increase since the start of the outbreak on Feb. 20.

The number of patients in intensive care – a closely watched figure given the shortage of hospital beds in frontline regions – rose by about 10%, to 1,672, including 767 in Lombardy.

Lombardy, which surrounds Milan, is the region worst hit by the outbreak, with 13,272 cases and 1,218 deaths. In Lazio, the region that includes Rome, cases increased by 22% to 436.