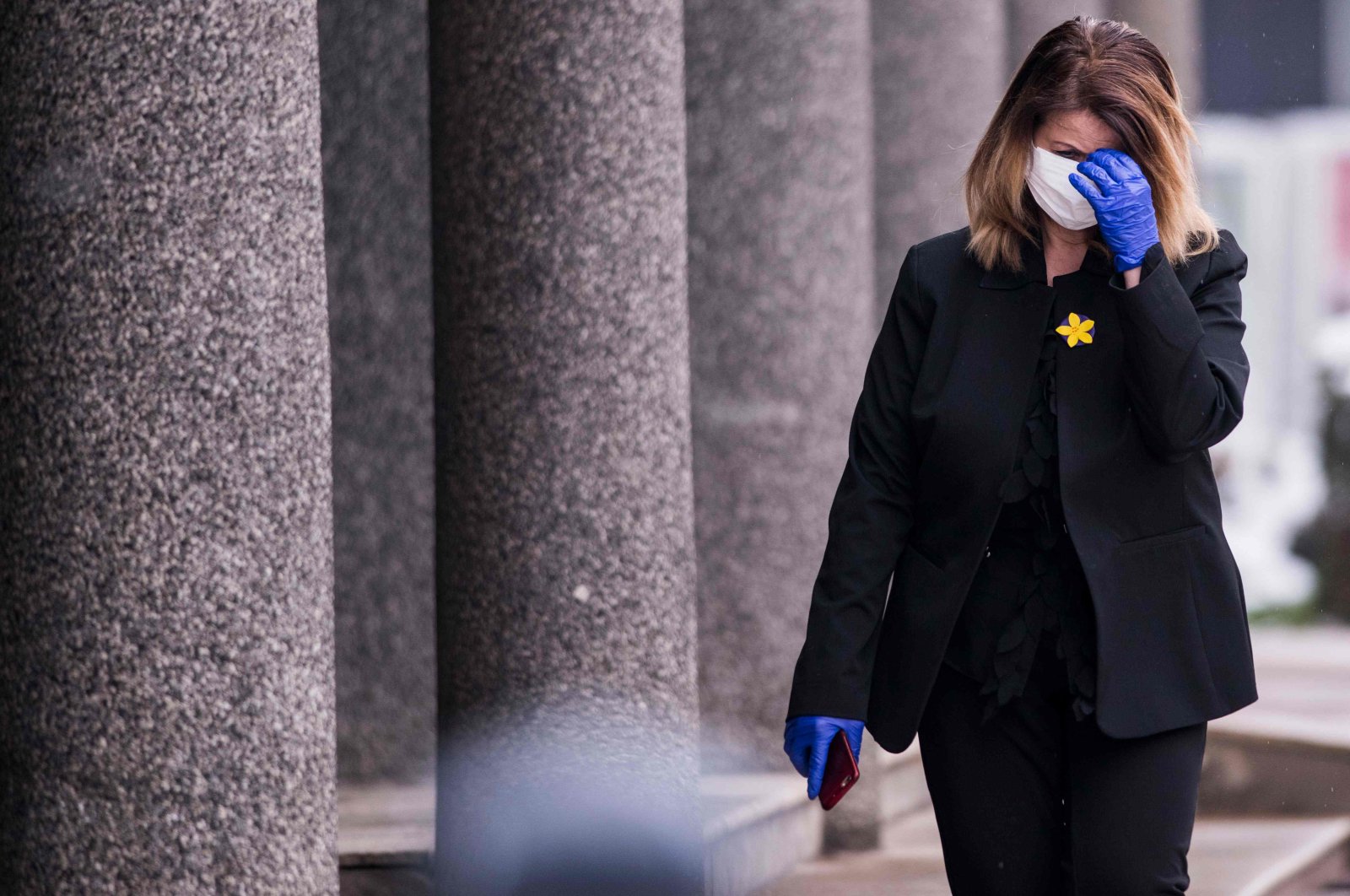 A lawmaker wearing protective mask and gloves arrives for an extraordinary session at the Kosovo Parliament in Pristina on March 25, 2020 (AFP Photo)
by Compiled from Wire Services Mar 26, 2020 1:24 am

Kosovo lawmakers dismissed the government of Prime Minister Albin Kurti in a no-confidence vote triggering a political crisis as the Balkan country is trying to stop the spread of the coronavirus.

With 82 votes against it in the 120-seat parliament the cabinet did not survive the vote, initiated by coalition partner the Democratic League of Kosovo (LDK), less than two months since it came to power.

It remains unclear how the government will continue its work as the country cannot hold snap elections due to the spread of coronavirus.