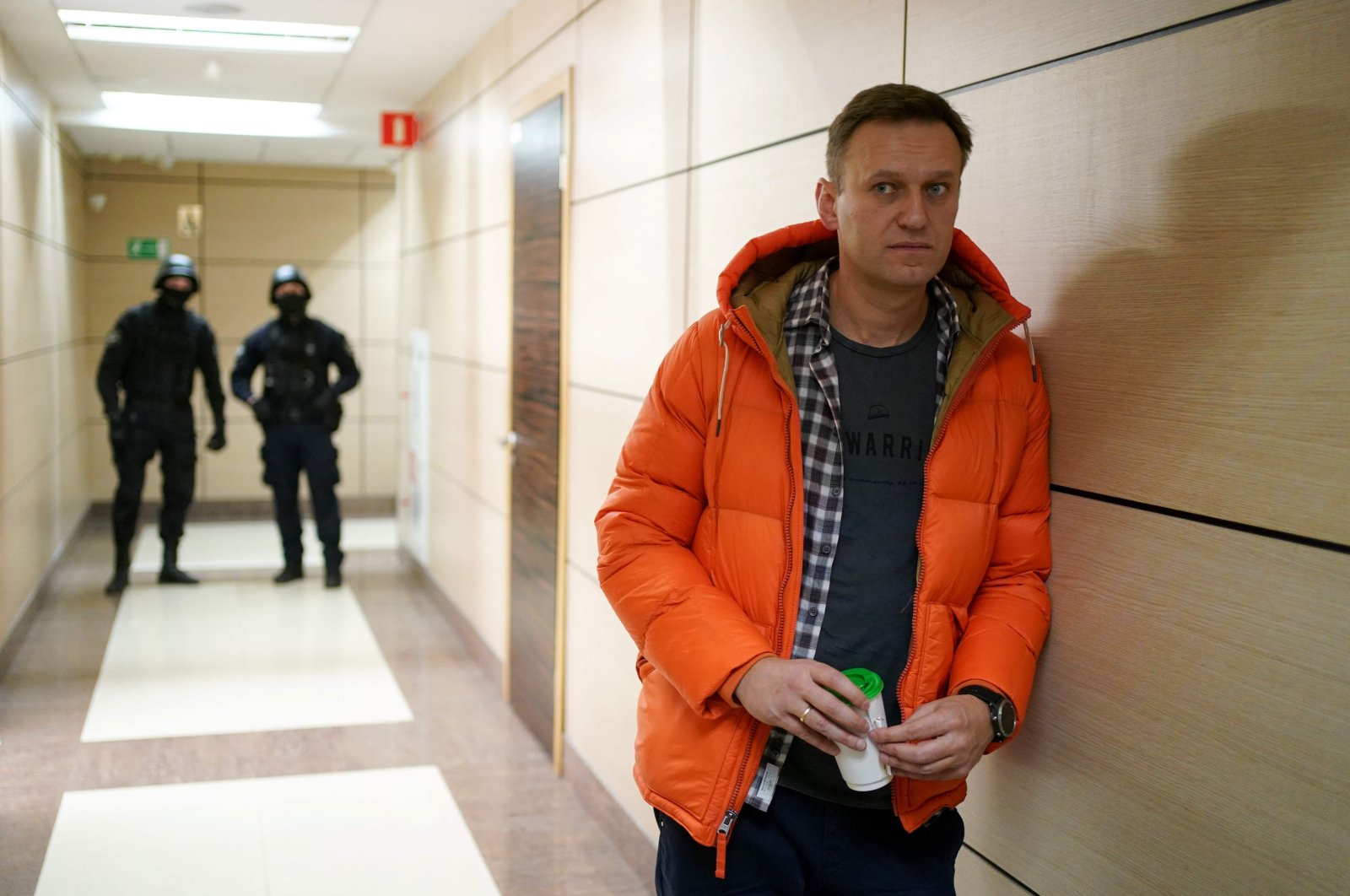 Russian opposition leader Alexei Navalny stands near law enforcement agents in a hallway of a business center, which houses the office of his Anti-Corruption Foundation (FBK), in Moscow. (AFP Photo)
by Agencies Dec 22, 2020 2:46 pm
RECOMMENDED

Russia on Tuesday mocked opposition politician Alexei Navalny, calling the Kremlin critic a "sick" man who has psychological complexes surrounding authority and power, a day after he said he had tricked a Russian secret agent into disclosing lurid details of a botched plot to kill him.

Navalny said on Monday that the FSB security service was behind the attempt to assassinate him with poison in August in an incident that led the European Union to sanction senior Russian officials.

The FSB Monday described evidence provided in Navalny's claims as "fake" and accused him of having received support from foreign intelligence services. Peskov said Monday that the FSB "protects you and me from terrorism" and described the domestic intelligence agency as "effective."

"Such attempts cannot discredit the FSB," he added, according to remarks carried by Agence France-Presse (AFP).

Kira Yarmysh, Navalny's spokesperson, said on Twitter that it looked like Peskov had been forced to improvise and mocked what she portrayed as the Kremlin's attempts to obscure the truth. She pointed out that Putin himself had recently confirmed that state security agents had kept an eye on Navalny, something she suggested sat oddly with the Kremlin now accusing him of having persecution mania.

Navalny, one of Putin's most outspoken critics, was airlifted to Germany for medical treatment in August after collapsing on a plane in Russia. Germany has said he was poisoned with a Soviet-style Novichok nerve agent in an attempt to murder him, an assertion many Western nations accept. The Kremlin has repeatedly rejected any suggestion that Russia tried to kill Navalny.