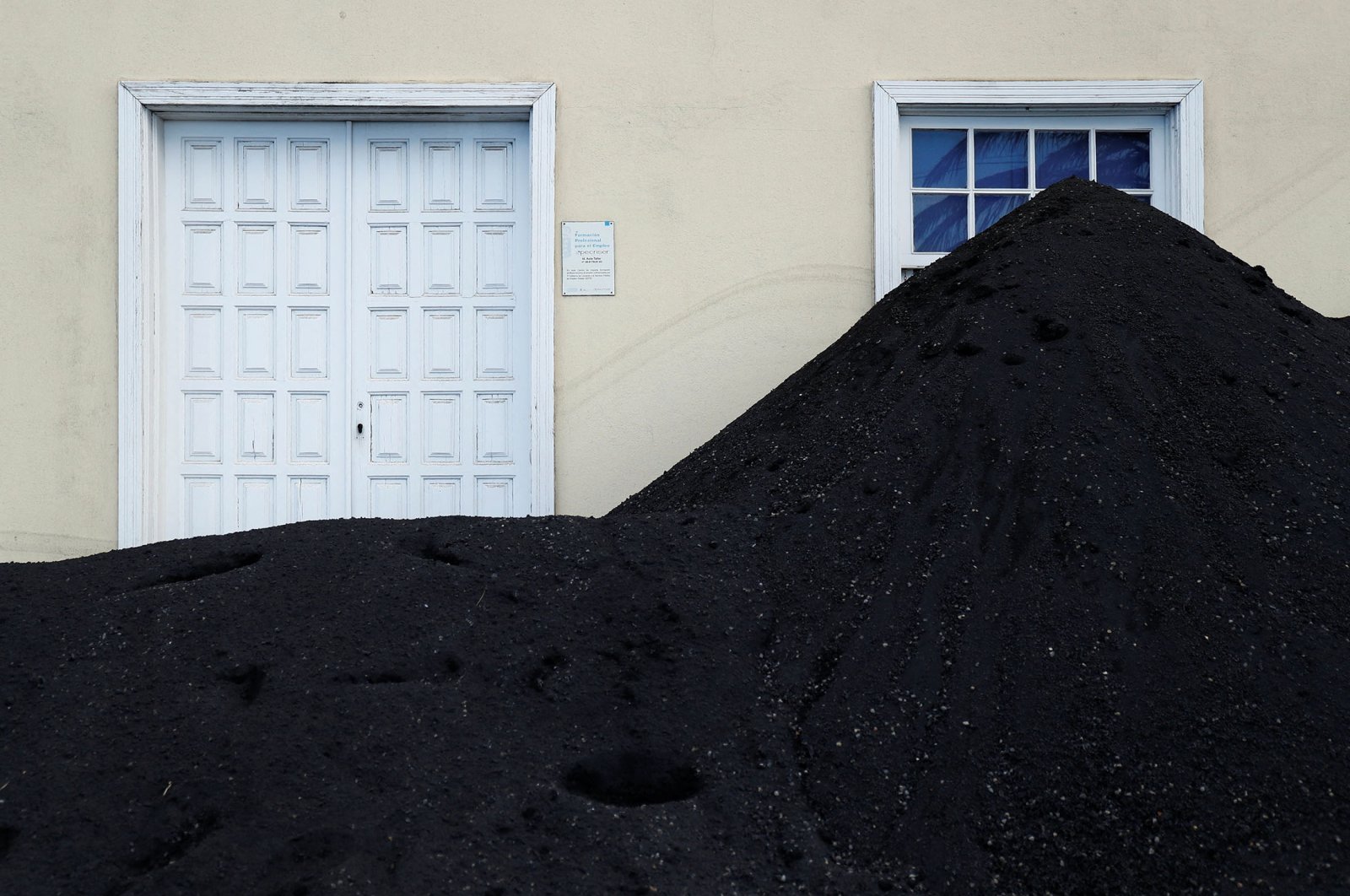 A house surrounded by ash from the Cumbre Vieja volcano is seen in a neighborhood of Las Manchas, on the Canary Island of La Palma, Spain, Dec. 16, 2021. (Reuters Photo)
by French Press Agency - AFP Dec 17, 2021 9:19 pm
RECOMMENDED

Thousands of people who lost their homes – and a lifetime of memories – as the lava and ash from a volcano eruption on the Spanish island of La Palma engulfed their houses, are slowly starting to rebuild their lives, or at least trying.

Roselio Gonzalez was amongst those whose home was gone after the eruption. Now, the 49-year-old truck driver and his extended family are dispersed across the island in temporary housing but he is determined to rebuild his life.

“We can't long for what no longer exists. We have to go forward,” Gonzalez said, standing in front of a police post that blocks entry to the eruption exclusion zone where his home lies.

He is one of the roughly 7,000 people living away from their homes since the Cumbre Vieja volcano erupted on Sept. 19, spewing rivers of molten rock and sending ash plumes containing toxic gases into the air.

Gonzalez had initially been allowed to return to his house, just 600 meters (1,970 feet) from the volcano, to collect pills for his mother and family photos.

The volcano in the Canary Islands off northwest Africa fell silent on Monday evening and scientists are cautiously optimistic that after three months of explosions and earthquakes, the eruption may be ending.

“Let's hope,” said Gonzalez who now lives with his partner at her mother's home.

Gonzalez and his former neighbors have set up an association to help rebuild the island – “a marathon” which he predicts will take at least a decade.

No injuries or deaths have been directly linked to the eruption on the island of around 83,000 people but the lava flow has destroyed 1,345 homes, mainly on the western side of La Palma.

“There is mourning because if you lose your house it is like losing a relative,” said Estefania Martin, a psychologist who counsels victims at a center in the western town of Los Llanos de Aridane.

Pedro Noel Perez, a 44-year-old health care worker and musician, said his family's home of 48 years and “half” of his neighborhood “no longer exists.”

“I no longer have those neighbors but I will always have them here,” he added, placing his hand over his heart.

Many of his former neighbors were on hand to see him sing during a recent small concert in Los Llanos, which is slowly recovering its usual rhythm.

Perez said he only recently got back his desire to rehearse after weeks of disrupted sleep due to the constant roar of the volcano.

The slow-moving lava has covered over 1,200 hectares (about 3,000 acres) of land as it made its way to the Atlantic, much of it banana plantations, the island's main livelihood along with tourism.

“In the short term it is our complete ruin,” said 50-year-old banana farmer Victor Manuel as he traveled on a navy ship taking people to plantations and businesses now inaccessible by road.

“I may have to leave and look for something else on another island, because public institutions are not providing solutions, and I have to save myself and my family,” he added.

As the ship docked at the picturesque beach of Puerto Naos – now covered in black ash – Pedro Javier Martin pointed to the restaurant and home he was forced to abandon when the volcano erupted.

“This animal should stop now,” he added, referring to the volcano.

The volcanic eruption – the longest on La Palma since records started being kept in the 16th century – has caused at least 842 million euros ($949 million) in damage, according to the regional government.

Jesica Diaz's home in a seaside neighborhood was not damaged but it is located in an exclusion zone.

So the 26-year-old beekeeper has been living for the past three months with her son and partner in a caravan in the outskirts of Los Llanos.

The town hall provides electricity and water for the roughly 20 caravans housing volcano evacuees parked there.

Diaz was recently allowed to return to her home for a brief visit, finding it infested with rats and covered in ash.

She gave it and quick clean and picked up her Christmas decorations.

Her caravan is now adorned with a string of lights and an artificial tree sits by the entrance so she can mark the holiday season in her temporary home.

“You can't stop because of a volcano. It devastates everything but we have to go on,” she said.

“I just ask that we are not forgotten when this is over and it is extinguished,” she added.