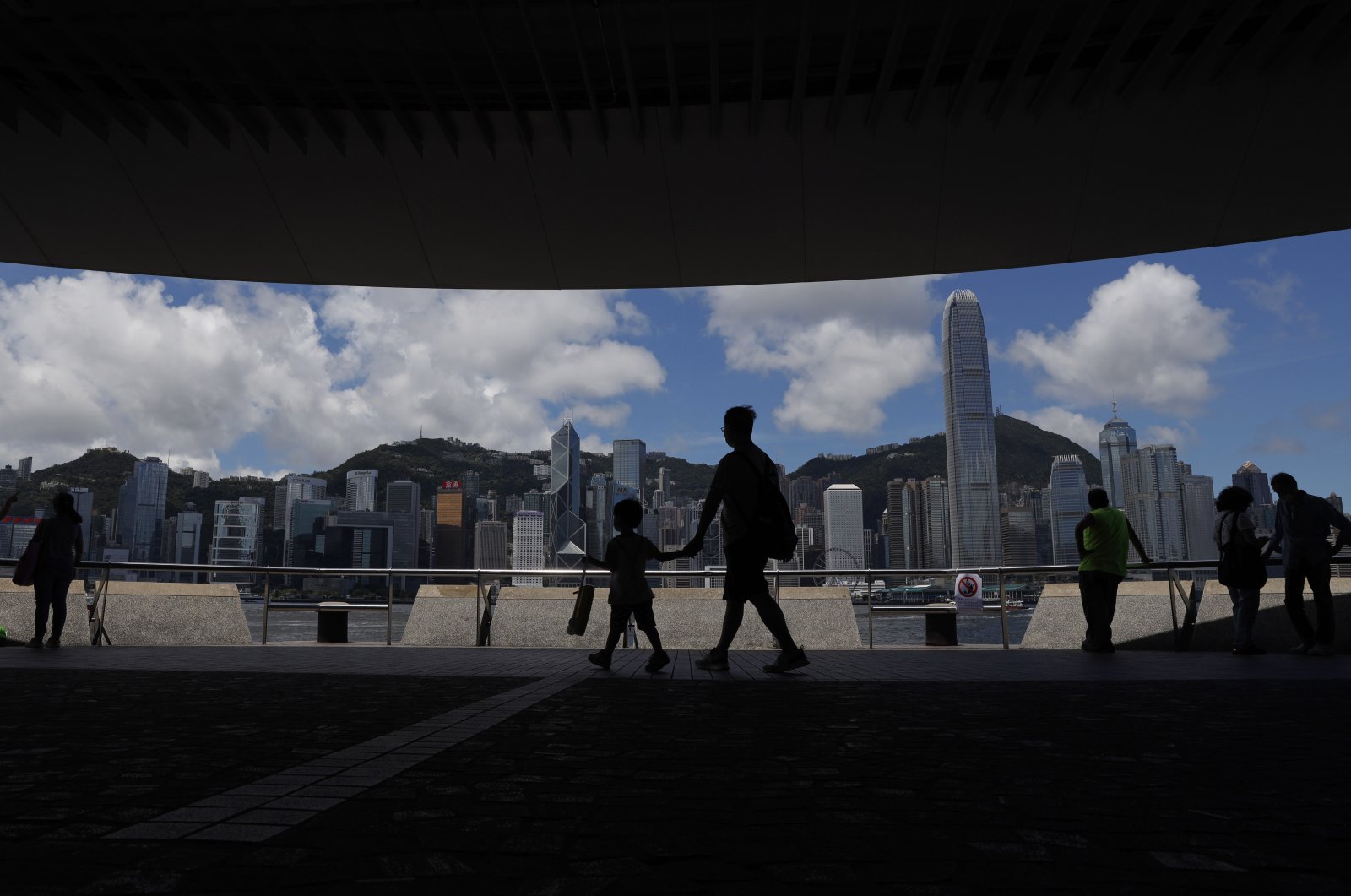 People walk at the waterfront of the Victoria Harbor of Hong Kong, June 20, 2020. China's top legislative body has taken up a draft national security law for Hong Kong that has been strongly criticized as undermining the semi-autonomous territory's legal and political institutions. (AP Photo)
by REUTERS
Jun 20, 2020 12:46 pm

The European Union should take China to the International Court of Justice in The Hague if Beijing imposes a new security law on Hong Kong, the European Parliament voted on Friday, also calling on the bloc to use economic leverage to dissuade China.

EU governments have already expressed "grave concern" over China's security law for Hong Kong, which democracy activists, diplomats and some businesses say will jeopardize its semi-autonomous status and its role as a global financial hub.

In a resolution, the European Parliament voted 565 in favor, with 34 against and 62 abstentions to protest the security law that Europe, Australia and the United States say would undermine the "one country, two systems" principle that governs Hong Kong's autonomy.

The European Parliament "calls on the EU and its member states to consider, in the event the new security law is applied, filing a case before the International Court of Justice," the resolution said, referring to the highest United Nations legal body and based in The Hague.

You Wenze, spokesman for the Foreign Affairs Committee of the National People's Congress, China's parliament, expressed firm opposition to the EU resolution, which he said seriously distorted the facts and amounted to open interference in Hong Kong affairs, state-run news agency Xinhua reported on Saturday.

The Chinese parliament's top decision-making body had been reviewing a draft of new national security legislation for Hong Kong since Thursday. An initial Xinhua report on the Standing Committee meeting said it ended on Saturday morning but made no mention of Hong Kong.

The European parliament's resolutions are non-binding but the political signals they provide can steer policy.

The resolution also called on the EU to consider possible economic sanctions on China.

The parliament "believes that the EU should use its economic leverage to challenge China's crackdown on human rights by economic means," the resolution said.

The leaders of the EU institutions and Chinese Premier Li Keqiang are set to hold a summit by video on Monday.