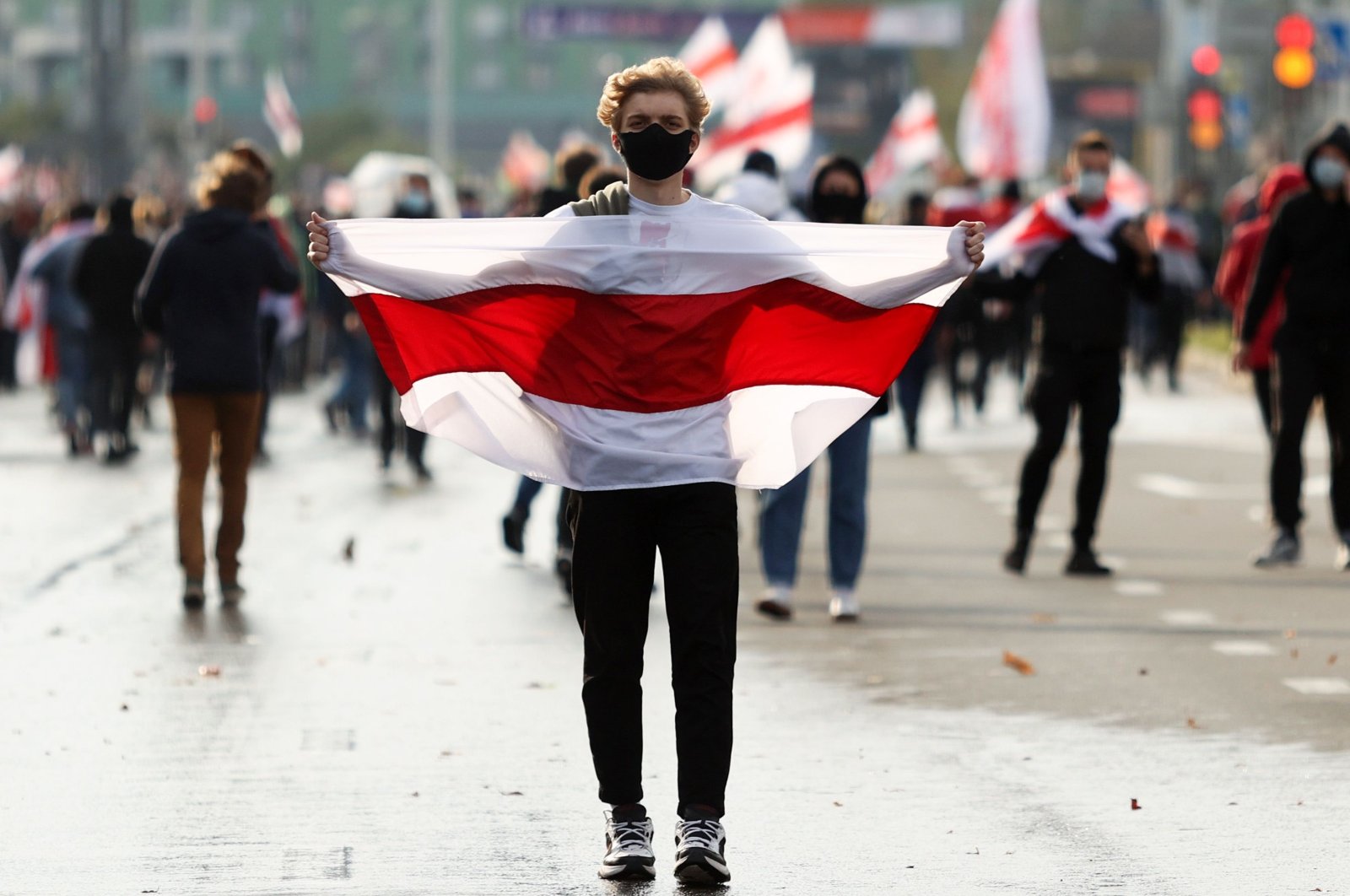 A man carries a former white-red-white flag of Belarus during a rally demanding to free jailed activists of the opposition in Minsk, Belarus, Oct. 4, 2020. (AFP Photo)
by French Press Agency - AFP Oct 06, 2020 12:22 am

Lithuania and Poland said Monday they were recalling their ambassadors to Belarus for consultations, amid escalating tensions with Minsk over its disputed presidential election.

The move comes three days after Minsk recalled its ambassadors to Vilnius and Warsaw in the wake of European Union sanctions against Belarusian officials accused of election fraud and human rights abuses.

Lithuania and Poland have angered Belarus' leader Alexander Lukashenko by supporting protests that have rocked the country, demanding he resign in the wake of the disputed Aug. 9 presidential election.

Lithuania has drawn particular ire by giving shelter to Belarusian opposition leader Svetlana Tikhanovskaya who claims to have won the ballot.

Lithuanian Foreign Minister Linas Linkevicius said that, despite the recall, his country wanted to keep ambassadorial ties with neighboring Belarus.

Polish Foreign Minister Zbigniew Rau said that the two countries had made the joint decision to recall their ambassadors.

"I'd like to thank all EU partners for an unequivocal expression of solidarity with Poland and Lithuania," he tweeted.

"Support for Belarusians and their efforts to democratize the country remains a priority to us," he said.

Belarus has urged Lithuania and Poland, both EU and NATO member states, to reduce the number of their diplomats stationed in the country.