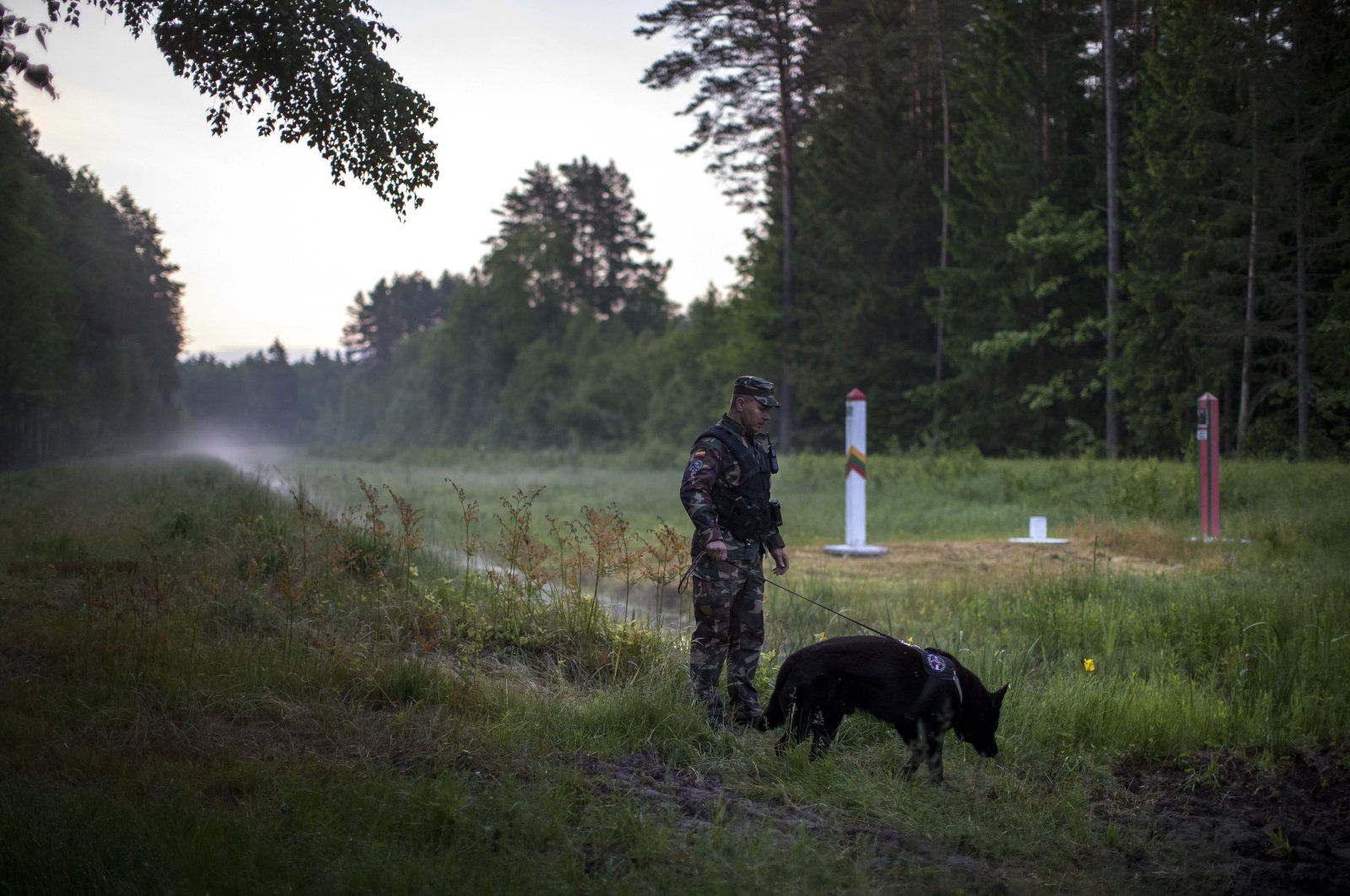 A member of the Lithuania State Border Guard Service patrols on the border with Belarus. Around him are the Belarusian (right) and Lithuanian (second right) border markers, near small town Kapciamiestis, some 160km (100 miles) of the capital Vilnius, Lithuania, June 10, 2021. (AP Photo)
by German Press Agency - DPA
Aug 01, 2021 6:08 pm

Lithuania's President Gitanas Nauseda asked EU states to display solidarity amid the sharp rise in the number of illegal entrants to his country via Belarus.

"The protection of the EU's external borders is the joint responsibility of all member states," he wrote in a joint letter with Slovenian Prime Minister Janez Jansa to EU leaders.

Lithuania is in a difficult situation and needs help in the form of equipment to protect and monitor its border with neighboring Belarus, the letter said, according to a statement from the presidential chancellery in Vilnius on Sunday.

Belarusian ruler Alexander Lukashenko has repeatedly threatened the EU with allowing refugees from war zones to pass through in response to sanctions imposed on his country.

Lithuania, which has an almost 680-kilometer-long border with Belarus, is particularly hard hit.

In recent weeks, several hundred migrants had crossed the border illegally. In July alone, there were over 2,000 people, according to official figures. Most of them have applied for asylum in Lithuania."This is a hybrid attack and a state-sponsored use of illegal migration as a weapon," Nauseda and Jansa wrote.

They said it was in response to EU support for the democratic opposition in Belarus and EU sanctions against the authoritarian leadership in Minsk. Slovenia currently holds the rotating EU presidency.

Due to the influx of migrants, Lithuania recently tightened its asylum regulations and began erecting a fence. However, due to the lack of barbed wire, the construction of the border barrier has recently stalled.