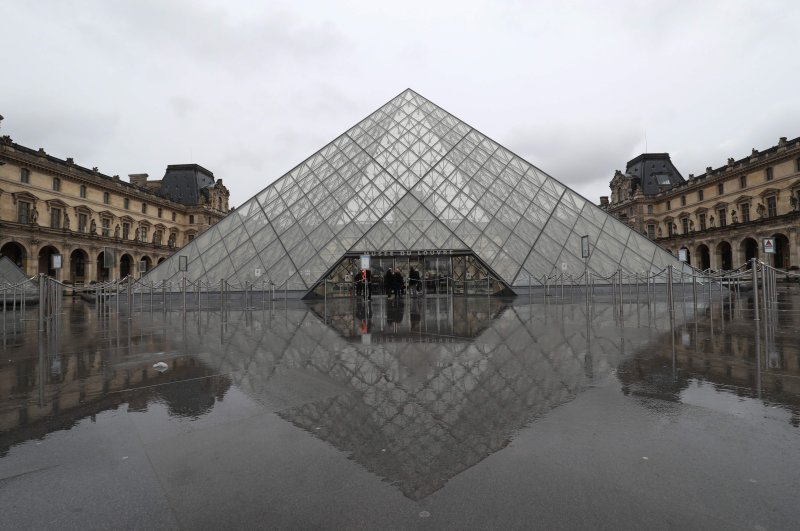 A view of the deserted courtyard outside the closed Pyramid, the main entrance to the Louvre museum which was once a royal residence, located in central Paris, March 2, 2020. (AFP Photo)
by Compiled from Wire Services Mar 04, 2020 2:58 pm
RECOMMENDED

The Louvre museum in Paris reopened to the public on Wednesday after management took steps to allay fears over the spread of the coronavirus, which had sparked a staff protest.

In a statement, the world's most visited museum said that faced with the "legitimate concerns" over the spread of COVID-19 it had agreed to take "extra measures" to ensure the safety of both employees and visitors.

Staff had refused to work on Sunday and Monday, citing a threat to their health. The museum is closed to the public on Tuesdays.

The Louvre, the world's most popular museum, received 9.6 million visitors last year, almost three-quarters of them from abroad.

The French government on Saturday banned any indoor gatherings larger than 5,000 people to prevent the spread of the virus, so on Sunday, Louvre workers said that it should apply to their workplace, too, and blocked the museum from opening.

About 250 Louvre workers, mainly those who guard the treasured artworks or greet visitors, voted Monday to stay off the job until management presents a clearer plan of how it's dealing with the virus threat, said Andre Sacristin, a Louvre employee and union representative for its staffers.

He acknowledged that there have been no cases traced to the Louvre thus far, but said, "If tomorrow there is a case at the Louvre, we need to know the plan” for workers and visitors.

Some workers want masks, or for visitors to undergo temperature checks.

The Louvre staff aren't alone in their concern. Paris subway workers are among others who have raised safety questions, and the French transport minister held a special meeting Monday to try to calm them down. She said there was no reason to stop trains from running because of the virus.