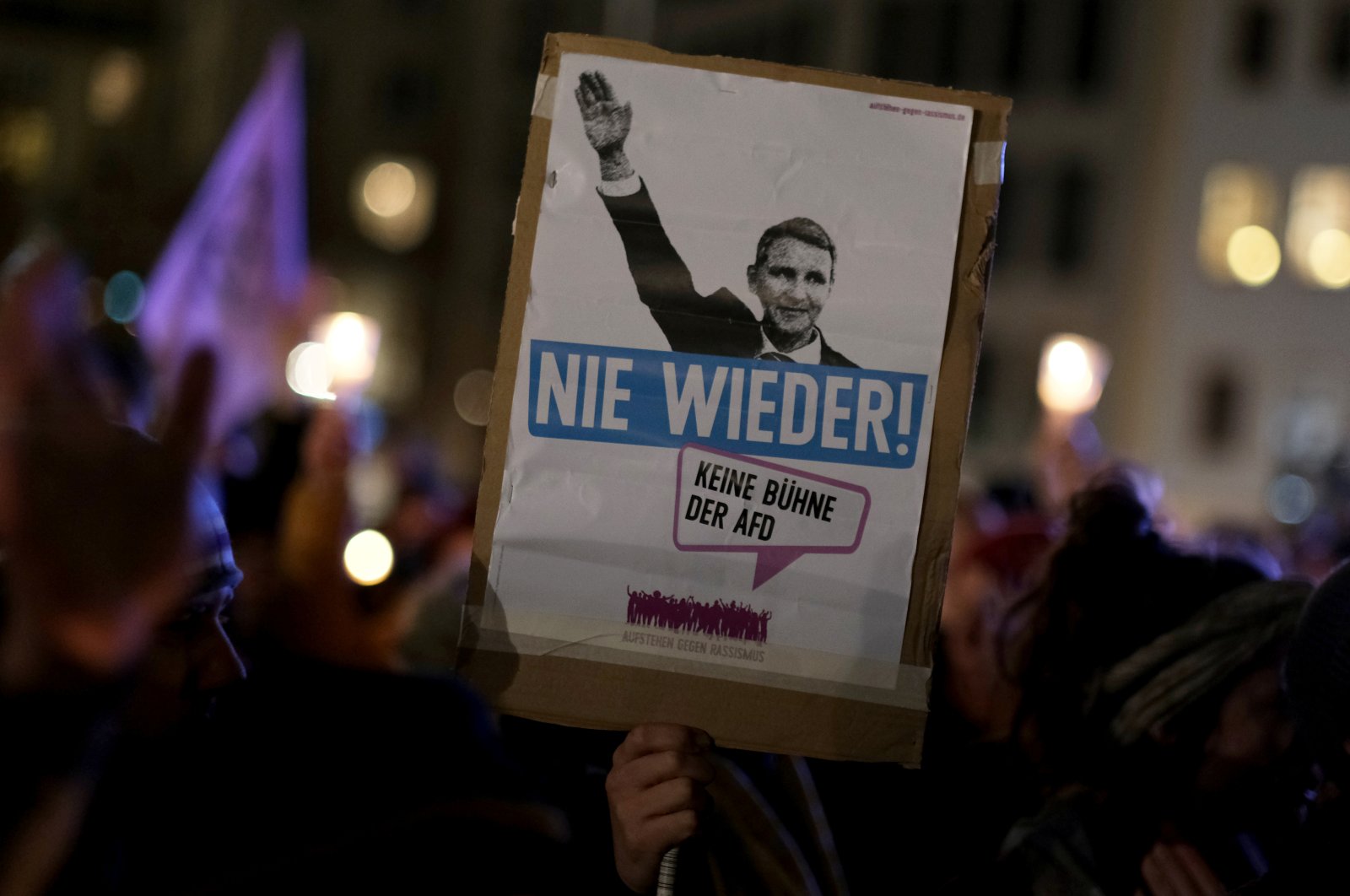 People attend a demonstration as supporters of the right-wing anti-Islam movement Patriotic Europeans Against the Islamisation of the West (PEGIDA) stage a protest in Dresden, Germany, Feb. 17, 2020. The banner reads: "Never again. No stage for the AfD." (Reuters Photo)
by Compiled from Wire Services Apr 19, 2020 10:49 am
RECOMMENDED

The far-right Alternative for Germany (AfD) party has seen its lowest voter popularity levels since the German elections in 2017, according to a weekly Sunday newspaper poll.

In a weekly survey by the Kantar opinion polling institute for Bild am Sonntag tabloid newspaper, the AfD lost a percentage point and came out with only 9% – its worst result in two and a half years.

Germany's ruling coalition seems to have benefited from the public's positive perception of Chancellor Angela Merkel's handling of the COVID-19 crisis.

The conservative bloc of Merkel's Christian Democrats (CDU) and the sister party Christian Social Union (CSU) held their position from the previous week with 37% in the poll.

Kantar surveyed 1,534 people between April 9 and April 15 for the poll, asking which party they would vote for if there was an election the following Sunday.

In the previous month the party's branch "Flügel" was placed under surveillance by the domestic intelligence agency BfV. Flügel is the extremist wing of the AfD, led by Björn Höcke, head of the party in the state of Thuringia, who has drawn ire from other parties – as well as from the AfD itself – for his extremist views.

Founded in 2013 as a protest party against the euro single currency, the AfD has grown and shifted further right, scooping up a significant number of votes from those unhappy with the government's migration policy. It is now the largest opposition group in the Bundestag, Germany's lower house of parliament. But the party has also come under fire for fueling anti-immigration sentiment amid several right-wing extremist attacks in Germany in recent months.