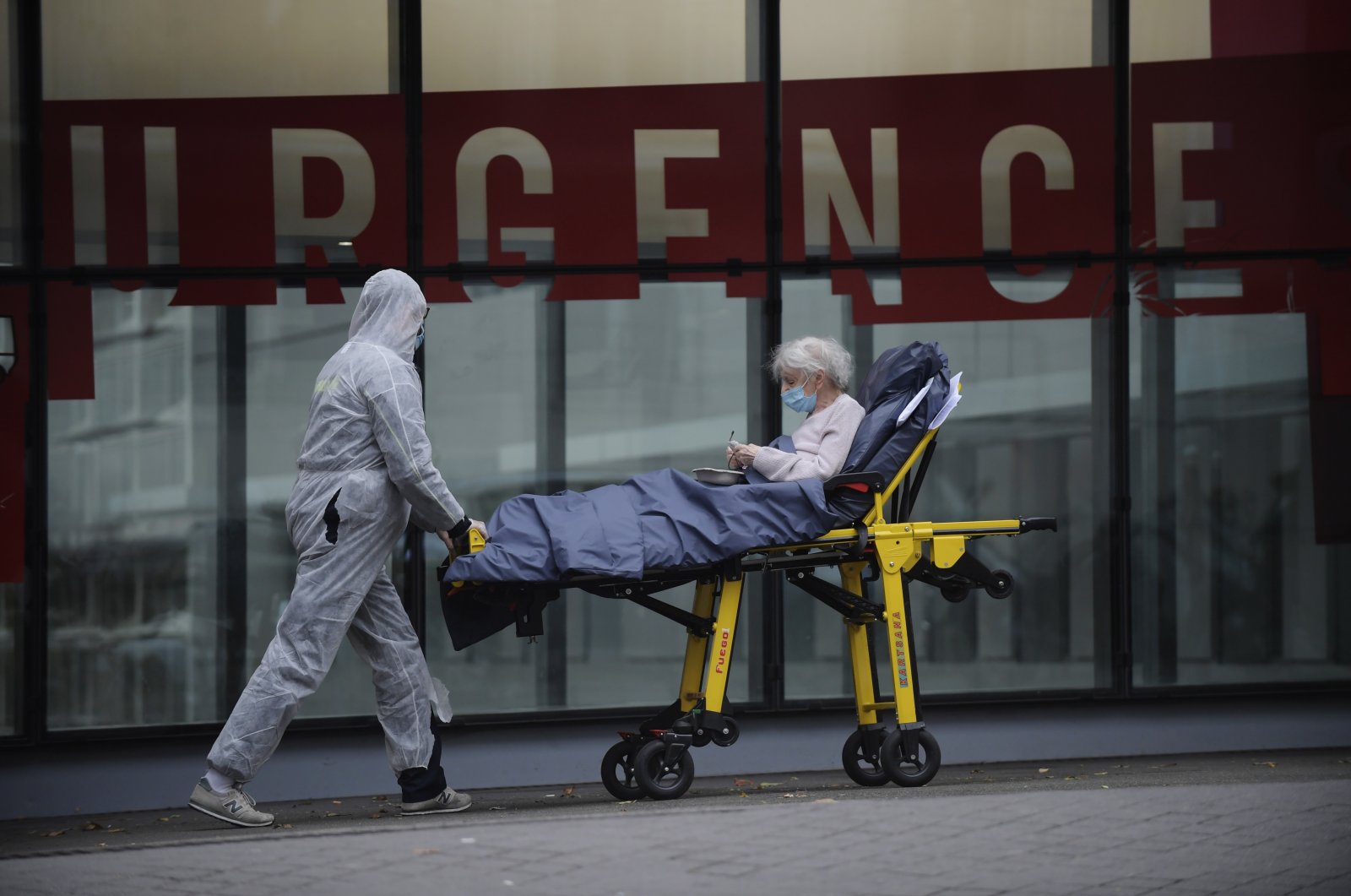 French President Emmanuel Macron announced tough new restrictions on Wednesday to halt a flare-up in COVID-19 cases, with a month-long national lockdown mooted as hospitals battle an influx of patients.

Macron delivered a televised address to the nation, a day after officials announced 523 coronavirus deaths in 24 hours – the highest daily toll since April.

He held crisis meetings Tuesday and Wednesday with top ministers before his announcement, which a government official said was likely to be "unpopular."

During the first lockdown, French people had to show a certificate justifying any excursion from the home, while non-essential businesses and borders were closed.

Unlike then, kindergartens, primary and junior high schools may remain open this time around, according to several unnamed sources cited by major French newspapers and radio stations.

Things look uncertain for secondary schools and universities, however, while Macron may also announce new travel limitations between French regions.

Parliament will be asked to vote on the measures, Prime Minister Jean Castex told political party leaders after meetings on Tuesday.

The head of Macron's LREM party, Stanislas Guerini, appeared to be preparing the ground for a shutdown when he told France 2 television that the country needed "strong measures, powerful measures... and probably at a national level."

By Tuesday, there were 2,918 coronavirus patients in intensive care in France, more than half the overall capacity of 5,800 beds.

Nearly 19,000 were in the hospital overall and France recorded over 33,400 new positive tests in 24 hours, as some hospitals were left with no choice but to start transferring patients to less-crowded facilities.

At the height of the epidemic, daily deaths sometimes exceeded 1,400.

At the time, France erected field hospitals and had to evacuate hundreds of patients from hospitals in hard-hit zones to less burdened areas, including some to Germany, Switzerland, Luxembourg and Austria.

The government has been loath to impose a new lockdown that would pummel the economy afresh, and business chiefs have warned a total shutdown would force another wave of layoffs and bankruptcies.

Instead, the authorities imposed a curfew for Paris and other cities two weeks ago that requires about 46 million people – two-thirds of the population – to be home from 9 p.m. to 6 a.m.

Health Minister Olivier Veran had said it would take two to three weeks to see if the curfews were working, but a surge in new cases has forced the government to scramble for new measures.

Other options said to be considered by Macron included extending the curfew hours, possibly with a full lockdown on weekends, or targeted stay-at-home orders for hardest-hit regions.

"We have to prepare for difficult decisions," Interior Minister Gerald Darmanin said Tuesday.

Frederic Valletoux, head of the Hospital Federation of France, said Wednesday that a full lockdown was needed to stop the second epidemic wave from "devastating" the hospital system.