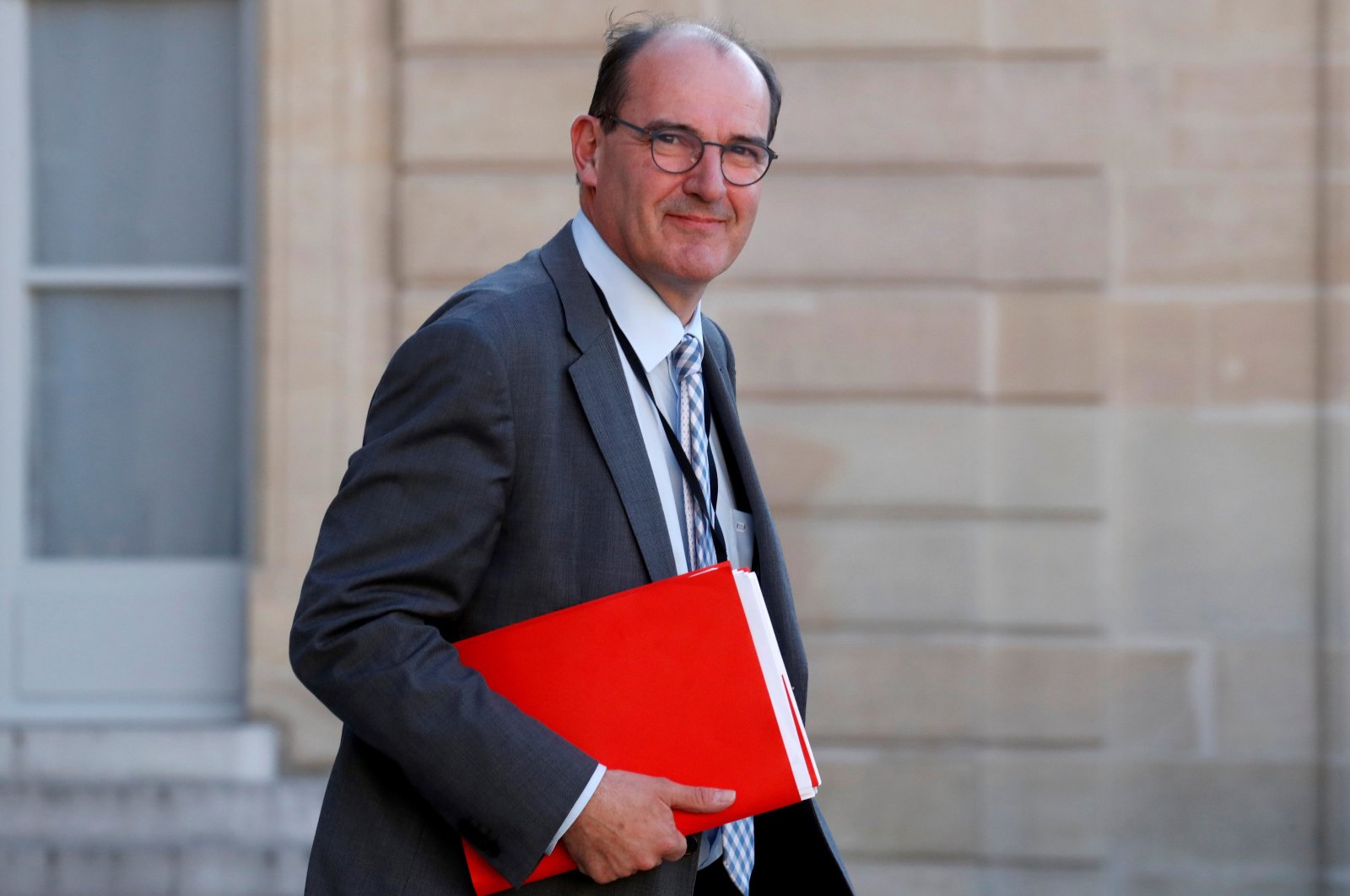 Then-interministerial delegate for lockdown easing Jean Castex leaves after a videoconference with French President Emmanuel Macron and French mayors at the Elysee Palace in Paris, France, May 19, 2020. (AFP Photo)
by Agencies Jul 03, 2020 10:42 am
Edited By Adil Girey Ablyatifov

French President Emmanuel Macron on Friday named senior French civil servant Jean Castex, who drew up the policy for easing the coronavirus lockdown, as his new prime minister as part of a government reshuffle.

"The president of the Republic has named Jean Castex as prime minister and mandated him to form a government," the presidency said in a brief statement.

Macron promised to "reinvent" himself after the coronavirus crisis, and there has been speculation that the president could seek a more social or greener orientation to compensate for the perception that his government to date has been strongly pro-business.

The president told French regional newspapers in an interview published late Thursday that there would be "only a few priorities" for the coming period.

"Yes, there is always a need for new faces, for new talent," the president said.