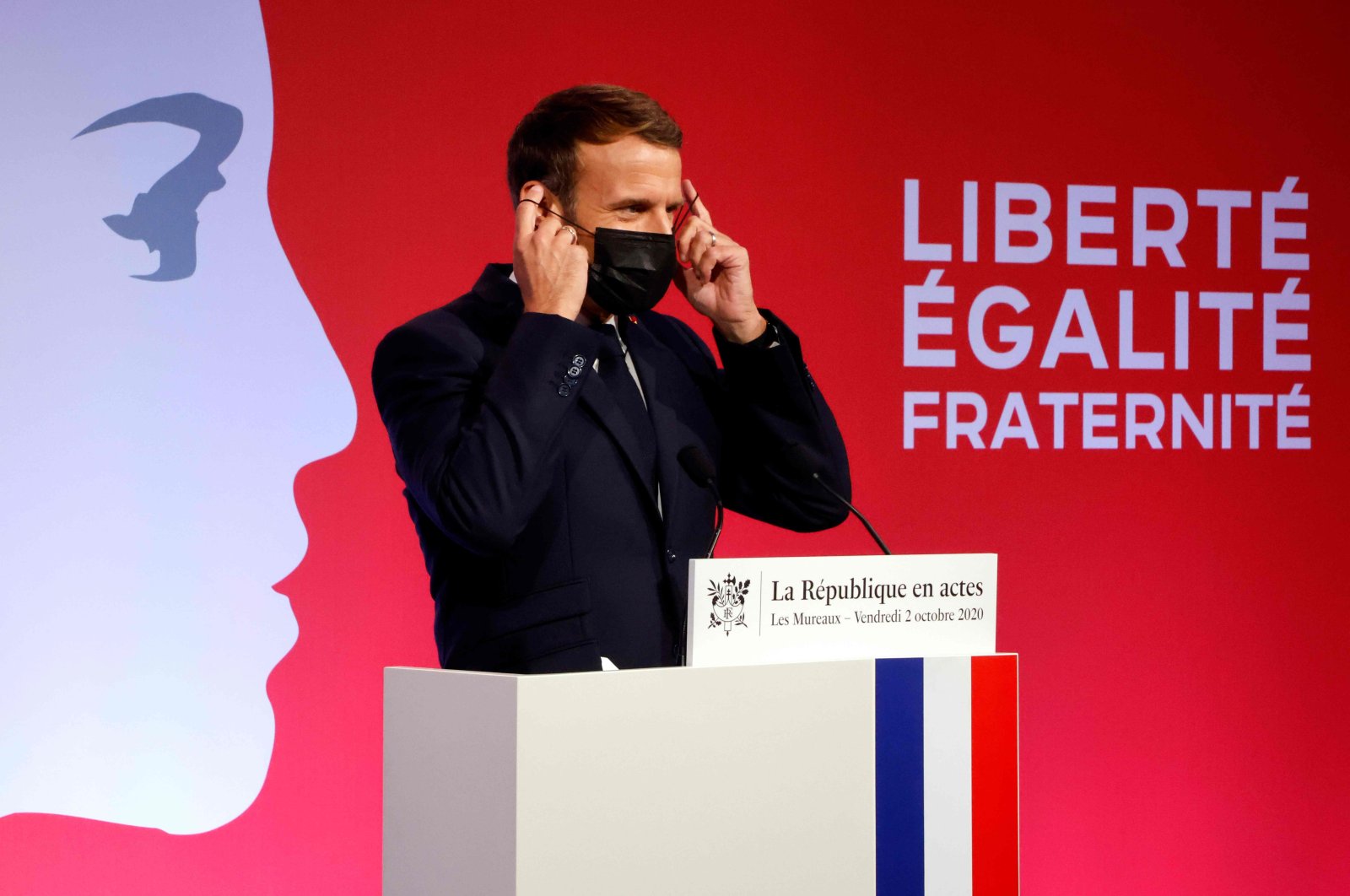 French President Emmanuel Macron unveiled a plan Friday that mainly targets Muslims in a country that brags about rights and freedoms, describing Islam as a religion "in crisis" all over the world.

While insisting there were "no concessions" made in a new drive to push religion out of the education and public sectors in France, Macron announced that the country's ban on religious emblems, which notably affects Muslim women who wear headscarves or veils, will be extended to private-sector employees who are providing public services. The state will also have the power to step in where local authorities make unacceptable concessions to Muslims, he said, citing "religious menus" in school canteens or segregated access to swimming pools.

"Islam is a religion that is in crisis all over the world today, we are not just seeing this in our country," he said. He announced that the government would present a bill in December to strengthen a 1905 law that officially separated church and state in France.

Since Macron's inauguration as president in 2017, France has become a less liberal country for Muslims. "We're near the end of Macron's first term. And with each election there are the same questions about Muslims, and the financing of Muslim places of worship," said Jawad Bachare, director of the Collective Against Islamophobia in France.

Many French Muslims say that concerns over Islam have spilled over into stigmatization, pointing to issues such as recent rows about young women wearing headscarves appearing before a parliamentary committee or giving cooking tips on television. Macron described Islam as a "deathly ideology" in the wake of attacks by terrorist groups, although groups such as Daesh, which claimed responsibility for many attacks in France, are rejected by the Muslim community.

France was the first country in Europe to ban Islamic face veils, such as the burqa and the niqab, in public places in 2010. In 2014, the European Court of Human Rights upheld the ban but said the law could appear excessive and encourage stereotyping. France was also embroiled in a row over bans on the burkini, a full-body swimsuit for Muslim women, in resorts around the Riviera. Since then, French Muslims have growing concerns, saying that decisions taken by some municipal authorities to ban the burkini could lead to the further stigmatization of Muslims.

France has the largest Muslim minority in Europe, estimated at 5 million or more out of a population of 67 million. Anti-Muslim hatred has significantly risen in Europe in recent years. Far-right extremism and xenophobia have fueled Islamaphobia in Western countries, where terror attacks by Daesh and al-Qaida as well as a migrant crisis are used as excuses to legitimize those views. There have been intermittent attacks on mosques in France since 2007, when 148 Muslim headstones in a national military cemetery near Arras were smeared with anti-Islamic slurs, and a pig's head was placed among them. In June 2019, a gunman wounded an imam in a shooting at a mosque in the northwestern city of Brest, but police ruled out a terror motive.