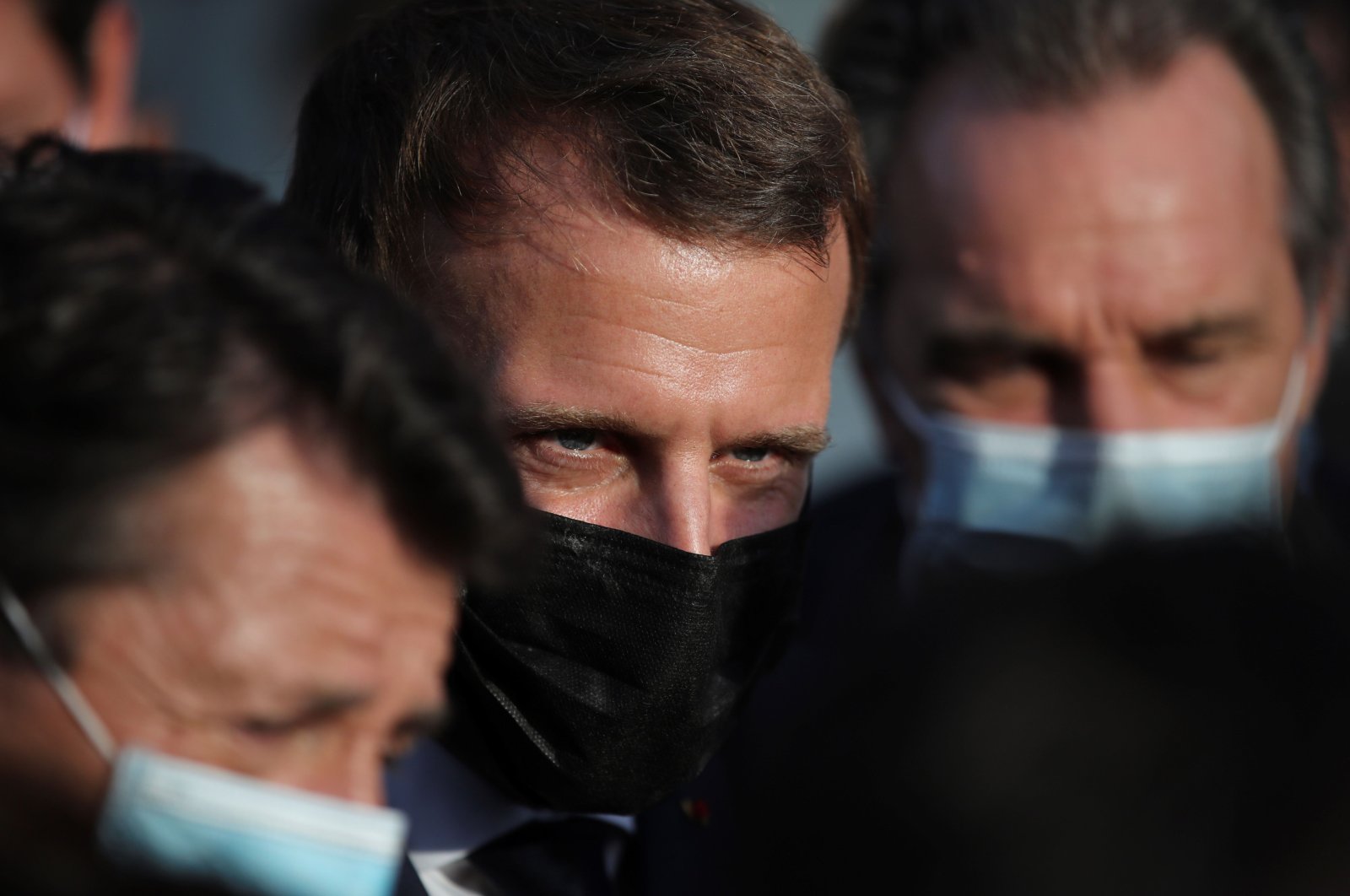 In France's Ile-de-France region, which includes Paris, Regional Councilor Valerie Pecresse demanded a decision to ban women from covering their hair in their season ticket photos used in transportation, making it mandatory to show hair.

Writing a letter to Interior Minister Gerard Darmanin, Pecresse demanded the expansion of the headscarf ban, which already applies to photos used on IDs, French passports and social security cards, to the season tickets as well, claiming that such a ban is necessary to combat fraud and protect public order. She further demanded a law that makes a headscarf ban for photos mandatory.

Currently, although there has been no official decision, the Ile-de-France region applies the headscarf ban on seasonal ticket photos in a de facto manner.

Macron recently claimed that some Islamic religious practices are "separatist" because they carry the threat of seceding from French institutions and rules.

On Oct. 2, Macron unveiled a new bill that would extend the ban on religious emblems, which notably affects Muslim women who wear headscarves or veils, to private-sector employees providing public services. The state will also have the power to step in where local authorities make unacceptable concessions to Muslims, he said, citing "religious menus" in school canteens or segregated access to swimming pools. The draft law proposes restricting homeschooling to avoid having children "indoctrinated" in unregistered schools that allegedly deviated from the national curriculum.

The bill will be sent to Parliament early next year, Macron said.

"Macron's recent remarks claiming Islam is in crisis are not simply disrespectful, they are clear provocations. Have we ever said Christianity or Judaism should be restructured? Who are you to propose a restructuring of Islam?" Erdoğan said Tuesday.

“We expect him (Macron) to act like a responsible statesman rather than a colonialist governor,” he added.

France has the largest Muslim minority in Europe, estimated at 5 million or more out of a population of 67 million. The place of religion and religious symbols worn in public has been a matter of controversy in the staunchly secular country. For years, rights groups have argued that France's secular laws foster anti-Muslim hatred and discriminate against Muslim women. France banned schoolchildren from wearing religiously distinctive clothing or emblems in 2004, following controversy over Muslim schoolgirls wearing headscarves.

France was also the first country in Europe to ban Islamic face veils, such as the burqa and the niqab, in public places in 2010. In 2014, the European Court of Human Rights upheld the ban but said the law could appear excessive and encourage stereotyping. France was also embroiled in a row over bans on the burkini, a full-body modest swimsuit worn by Muslim women, in resorts around the Riviera. Since then, French Muslims have voiced growing concerns, saying that decisions made by some municipal authorities to ban the burkini could lead to the further stigmatization of Muslims.