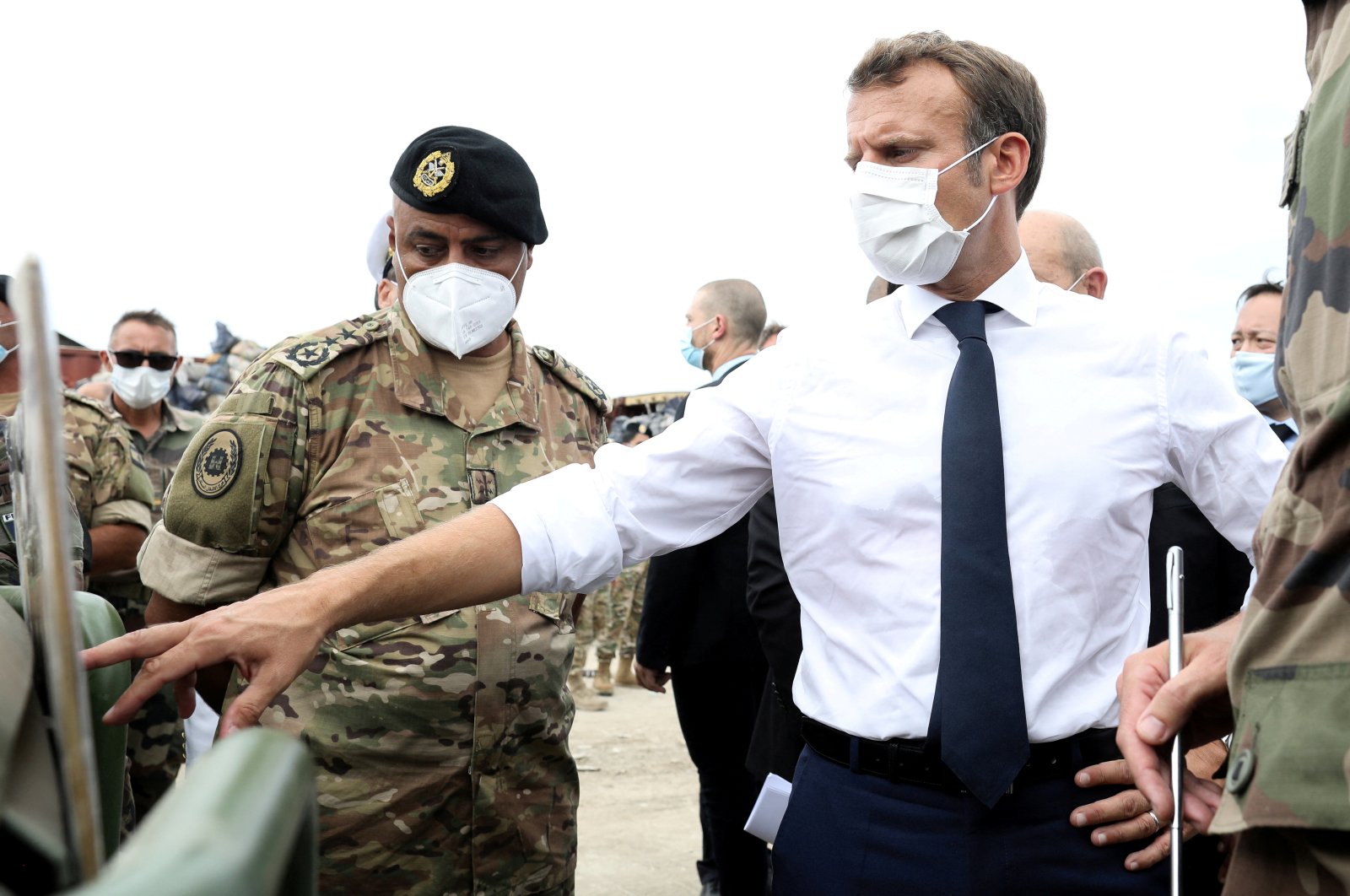 While vowing wide-reaching aid for crisis-hit Lebanon, French President Emmanuel Macron's second visit to Beirut began with an accident that damaged the hangar of the Beirut airport during his arrival to the country.

On Aug. 31, Macron's presidential plane, an Airbus A330, was involved in an incident while taxiing at the Beirut Rafik Hariri International Airport, according to France Info. A photo released on social media shows the left wing tip of Macron's presidential jet striking a hangar, causing damage to the aircraft and the hangar.

After the accident, with the wing tip still partially embedded in the structure, the aircraft was moved by a tractor on Monday, reports said.

The damage was so serious that the French president was unable to get back on board. Several journalists indicated that another aircraft was sent so that Macron could continue his program in the Middle East.

Macron's arrival in the Lebanese capital marked his second visit in a month after the Beirut blast that left 190 dead, 6,500 injured and 300,000 people displaced, and coincided with the 100th anniversary of the country's formation as a French colonial protectorate. His recent visit came with the objectives of rebuilding the economy and crumbling infrastructure, and most importantly, aiding in the formation of a new government. He pledged to hold an aid conference for the economically devastated nation at the end of October if reforms are commenced. Lebanon is on the verge of bankruptcy and has seen months of protests over a corrupt regime, members of which resigned after the explosion.

Macron's visit was also marked by his rebuke of a journalist who exposed an unannounced meeting by the leader with Hezbollah in a recent article. French journalist Georges Malbrunot wrote a piece published in Le Figaro on Monday which reported Macron having threatened to impose sanctions against the group's leaders who may be resistant to the reforms that France seeks.