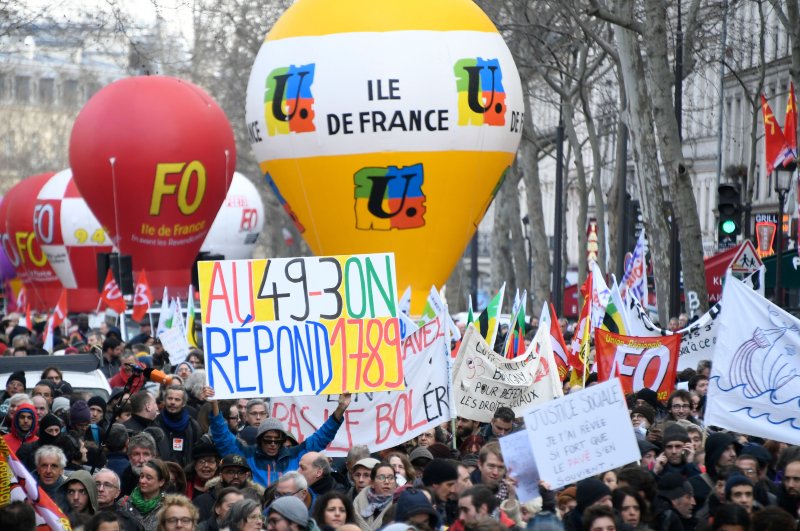 The French government won its first parliamentary fight Wednesday over an overhaul of the country's byzantine pensions system, clearing a key hurdle despite fierce protests and weeks of chaos wrought by the largest transportation strike in decades.

President Emmanuel Macron's most ambitious reform to date passed in the National Assembly shortly after midnight, after his centrist majority survived two no-confidence votes. A first no-confidence motion from the conservative opposition won 148 of the necessary 289 votes, with a second from the left getting only 91 votes. Only votes in favor of the motions were counted.

The bill now moves to the Senate, where it again faces a barrage of amendments intended to slow its passage, before heading back for final approval by the National Assembly before the summer.

Critics say the introduction of a single, points-based system will force millions of people to work beyond the official retirement age of 62 or face lower pensions. The government argues that abolishing the country's 42 separate pension regimes, which offer early retirement and other benefits mainly to public-sector workers, will be fairer and end years of deficits. The opposition vowed to keep up the fight, urging voters to sanction Macron's Republic on the Move party in the nationwide municipal elections that begin March 15. "Punishment will come at the polls," the far-left France Unbowed lawmaker Eric Coquerel said on Twitter. "This ignoble law will not pass."