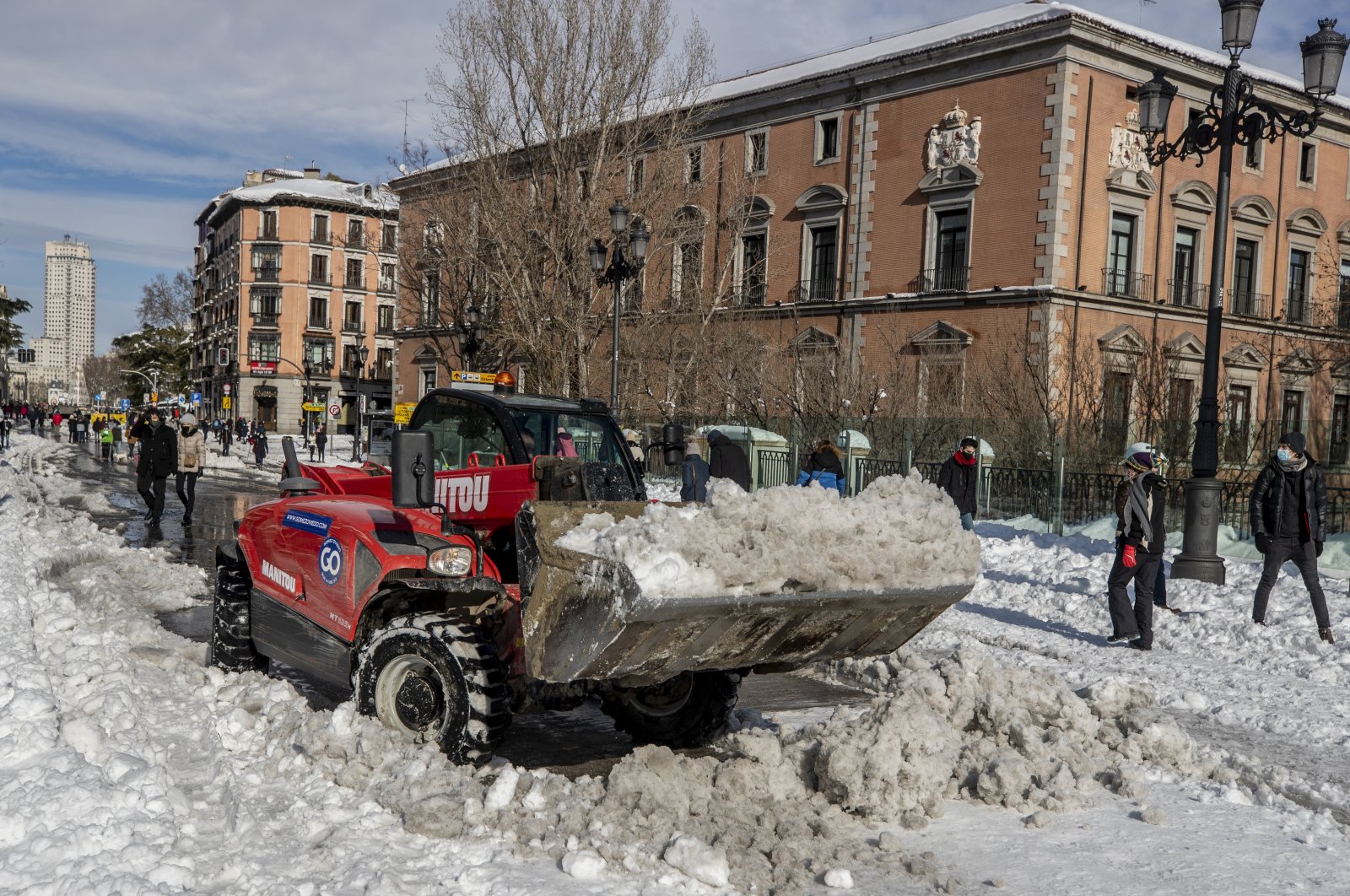 Schools in Madrid were closed Monday while most trains and flights resumed as the Spanish capital tried to return to some form of normalcy after a huge snowstorm on the weekend.

While many in Madrid enjoyed the rare snowfall, skiing right at the heart of the city and holding mass snowball fights, a cold spell was set to turn the snow into slippery ice this week as authorities rushed to clear more streets.

The snowstorm complicated Spain's efforts to increase the pace of its coronavirus vaccination program amid rising infections. A new batch of vaccines meant to land in Madrid diverted to Vitoria, in northern Spain on Monday.

Renfe train operator said all fast train lines were operating except for Madrid-Barcelona connections, which are likely to resume in the early afternoon. Most Madrid suburban lines were working Monday, but with fewer trains than usual.

Two runways at one terminal of Madrid's Barajas main international airport reopened and the airport operator said that of around 400 flights scheduled to fly in and out on Monday, 117 had been canceled.

With most streets still covered in snow, many workers stayed home. A Reuters reporter saw a number of empty shelves at several central Madrid supermarkets. The city's main wholesale food market, Mercamadrid, was closed because of the snow and set to start operating again on Tuesday.

Interior Minister Fernando Grande-Marlaska said the situation on the roads was improving but was still "extraordinary" and many remained closed.

Ministers declined to say if the capital city would be declared a disaster zone, saying they first needed to evaluate the damages.

The cold wave, with temperatures as low as minus 10 degrees Celsius (14 degrees Fahrenheit) in central Spain, will last until Thursday, the Aemet meteorological agency said.