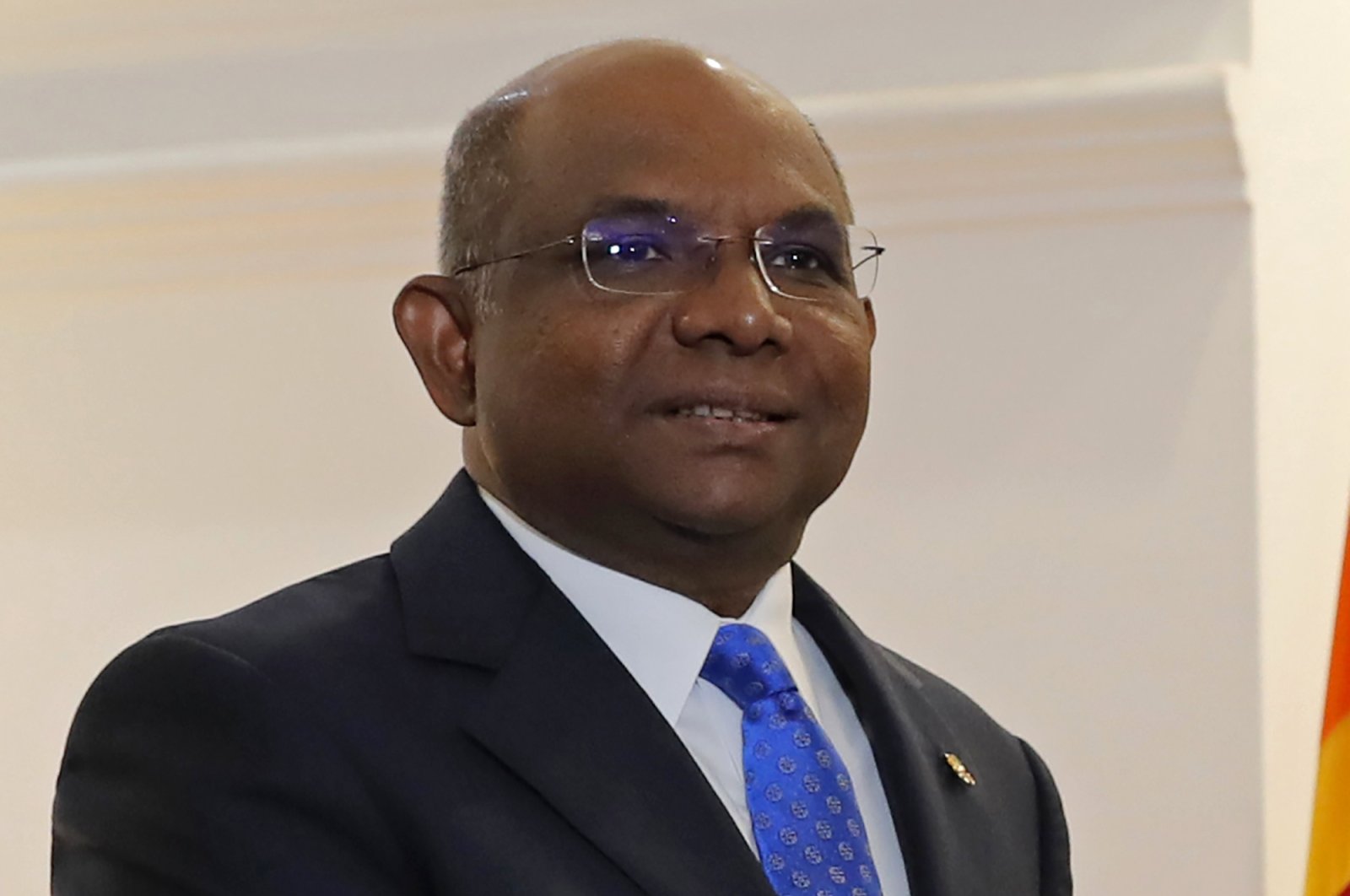 Maldives Foreign Minister Abdulla Shahid was elected as the next president of the United Nations General Assembly Monday. He has vowed to work toward equal access to COVID-19 vaccines and for a stronger and greener economic recovery by putting effort into fighting environmental challenges triggered by climate change.

He defeated a former Afghan foreign minister, Zalmai Rassoul, in a 143-48 vote by secret ballot, with two of the assembly’s 193 member nations not voting.

Diplomats from member nations, all wearing masks because of the pandemic, were called to the front of the assembly chamber one by one to deposit their ballot in a large wooden box.

Turkey's Volkan Bozkır, the current assembly president, said Shahid brings to the job "extensive experience in multilateral diplomacy,” serving his Indian Ocean island nation twice as foreign minister and for 10 years before that as chief of staff to the president. Shahid has been "a strong voice in calling attention to the impact on small island developing states” by the pandemic and by climate change, which threatens people’s lives and livelihoods, Bozkır said.

Shahid, 59, said he was "deeply humbled” by the trust shown by the U.N. members and the honor given to his island nation of 26 atolls with a population of about 550,000, which lies in the Indian Ocean southwest of Sri Lanka and India.

Saying he has "an undying belief in multilateralism with an ardent desire to serve the international community,” Shahid said his aim is to launch "a presidency of hope” and "to hit the ground running on day one in September as soon as I take my oath of office.”

"This is a crucial time for the U.N. and for the world,” Shahid said. "There is very little time to spare.”

He pointed to the past year’s "disease, despair and devastation” as a result of the pandemic, along with increasing "inequality, injustice and instability” and the "suffering” of the planet from climate change.

Shahid said his priorities during his yearlong presidency of the 76th session of the U.N. General Assembly are to recover from the pandemic, both by making vaccines available to all people everywhere and rebuilding economies stronger and greener and "and ensuring no country is left behind.”

He said it can also be "a super session for nature” and to "seize momentum on responding to the needs of our planet,” citing upcoming conferences and meetings on climate change, the oceans, biodiversity, sustainable transport and food systems as examples. This is a major priority for the Maldives, whose leaders have warned that the country's existence is threatened by rising seas from climate change.

Shahid said he will also focus on "respecting the rights of all,” revitalizing the U.N. and engaging the media and civil society. "I will raise my voice against gender discrimination, advocate for gender equality ... (and) not participate in any panels that are not gender-balanced,” he said.

U.N. Secretary-General Antonio Guterres congratulated Shahid, saying the General Assembly is the U.N.’s most representative organ, the foundation of its work, "and essential to our effectiveness as an organization.”

"In 2021, the world needs that effectiveness more than ever,” Guterres said. "We are a world in mourning for the millions of people we have lost to the COVID-19 pandemic.”

Guterres said the 76th session will grapple with the impact of COVID-19 on peace, development and human rights, stressing that "until everyone, everywhere, has access to a vaccine it continues to pose an enormous threat.”

While the presidency of the General Assembly is largely ceremonial, it is also prestigious. The body controls the U.N. budget, adopts treaties, addresses global issues from poverty to corruption, and passes numerous resolutions that while not legally binding almost always reflect global opinion. It is also the U.N. organ where countries large and small can speak – and the scene of the only annual gathering of world leaders, historically in person.

Last year, however, there were video speeches from leaders because of the pandemic, and no announcement has been made yet of this year’s arrangements. In recent months, the assembly has allowed in-person meetings with two representatives from each country allowed in the vast chamber, where social distancing is observed. Shahid said in response to a question on future meetings that it would be prudent to maintain a cautious approach.

"But as soon as possible, yes, it should be in our interest and the interest of this organization to come back into normalcy if at all possible.”

The selection of the assembly president follows a regional rotation mandated by the world body, and it was the turn of Asia to preside over the next yearlong session. By tradition, the U.N.’s regional groups usually nominate a single candidate who is then rubber-stamped by the assembly.

But this year the election was contested because Asian countries could not agree on a nominee. Bozkir, Shahid and Guterres paid tribute to losing candidate Rassoul, who served as Afghanistan’s foreign minister in 2010-2013 and was one of the top three contenders to replace Hamid Karzai as president in 2014, losing out to Ashraf Ghani.