Meetings with Taliban not sign of recognition: France's Macron 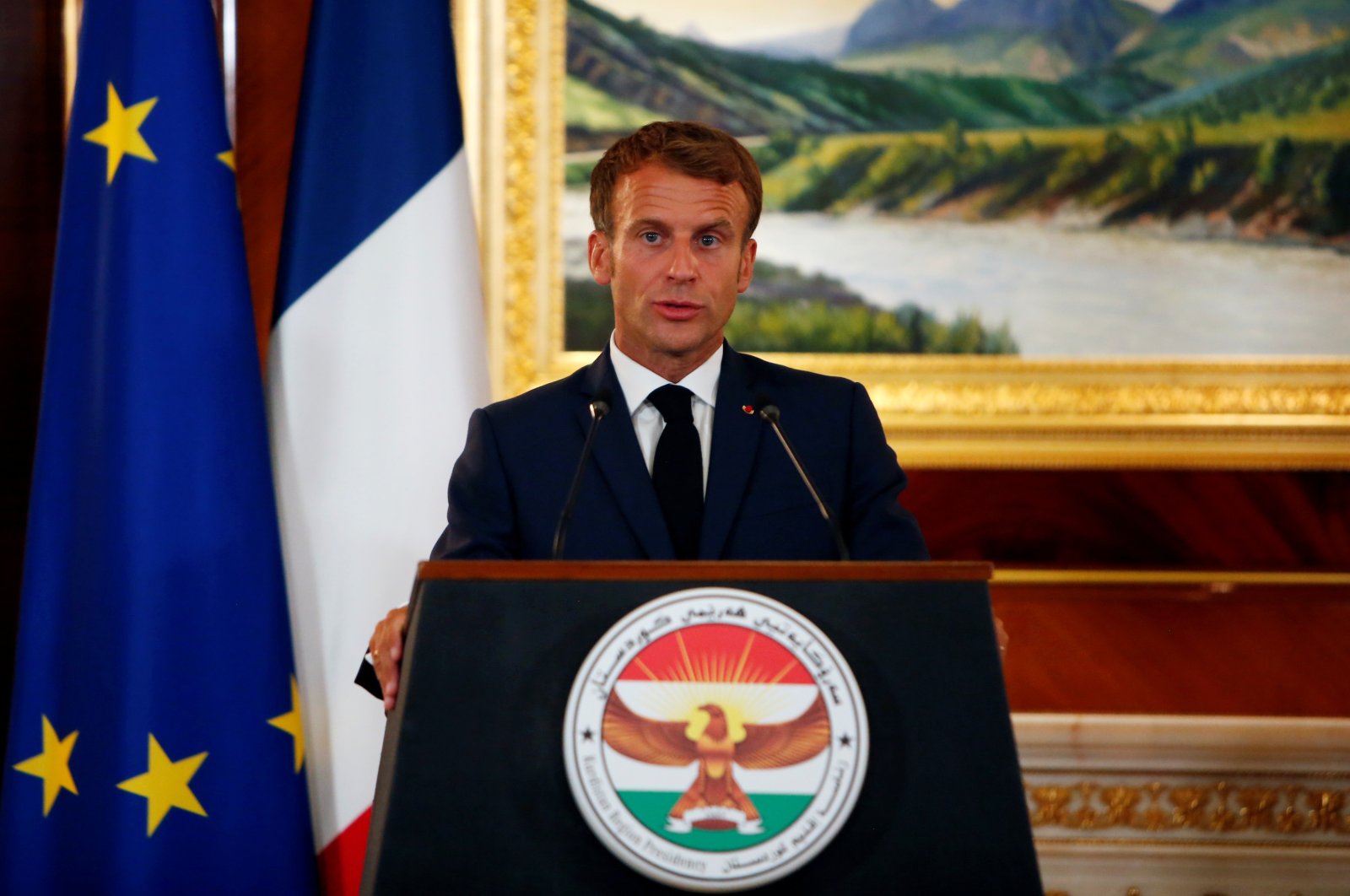 President Emmanuel Macron Sunday said discussions France is having with the Taliban over evacuations from Afghanistan do not indicate recognition of the militant group as the country's new rulers, saying they needed to fulfill conditions on rights and rejecting terror.

France and other Western states have in the last days revealed they are talking with the Taliban, following the group's takeover of Kabul this month, over how to extract foreign citizens and Afghans in danger even after the pullout of international troops.

"We have operations to carry out in Afghanistan – the evacuations. The Taliban are the ones in control ... we have to have these discussions from a practical point of view. This does not mean there will be recognition," Macron told TF1 television during a visit to Iraq.

He said the Taliban needed to respect humanitarian law by allowing those who qualify for asylum to leave, and also take a "very clear line" against all terror movements.

"If they make pacts with terrorist movements present in Afghanistan and the region then that will clearly be unacceptable for us all."

He said the third area was human rights and "in particular respect for the dignity of Afghan women."

Analysts have said that a critical question in the next months as the evacuation phase winds up is what kind of relationship Western states will have with the Taliban and if some capitals could contemplate diplomatic ties and intelligence sharing.

France evacuated some 3,000 people from Afghanistan before finishing its operation at the weekend. But Macron said there could be hundreds or thousands still in need of evacuation by France.

Macron said he could not promise the talks would result in more people being evacuated while singling out the help of Qatar, which has good relations with the Taliban as well as Paris.

"The objective is to obtain the humanitarian evacuations of all women and men who are at risk ... Will we get there? I can't guarantee that," he said.

Macron had earlier announced that France was jointly putting forward a proposal at the U.N. Security Council for a safe zone to help those in need to leave. He added that the idea would help put pressure on the Taliban.

It would send a message to the Taliban that "if you want to move forwards and have a country open to the rest of the region and the world, you have to respect humanitarian rules and let all those men and women who want to be protected have protection."

Macron has been under fire in France over his policy towards Afghan refugees, with the left saying the country has been ungenerous while the right has expressed fears over security risks.

Mindful of the looming 2022 presidential elections where migration will be a key battleground, Macron said that the situation with Afghan refugees would not be comparable to that of 2015 when around a million people came to Europe in the midst of the Syrian civil war.

"Afghanistan is not Syria and there have already been very serious flows" of Afghans from their country in the past, he said.

But he also added: "What is certain is that there will be more people who will try to come to Europe and this will create pressure on our capacity to host people."