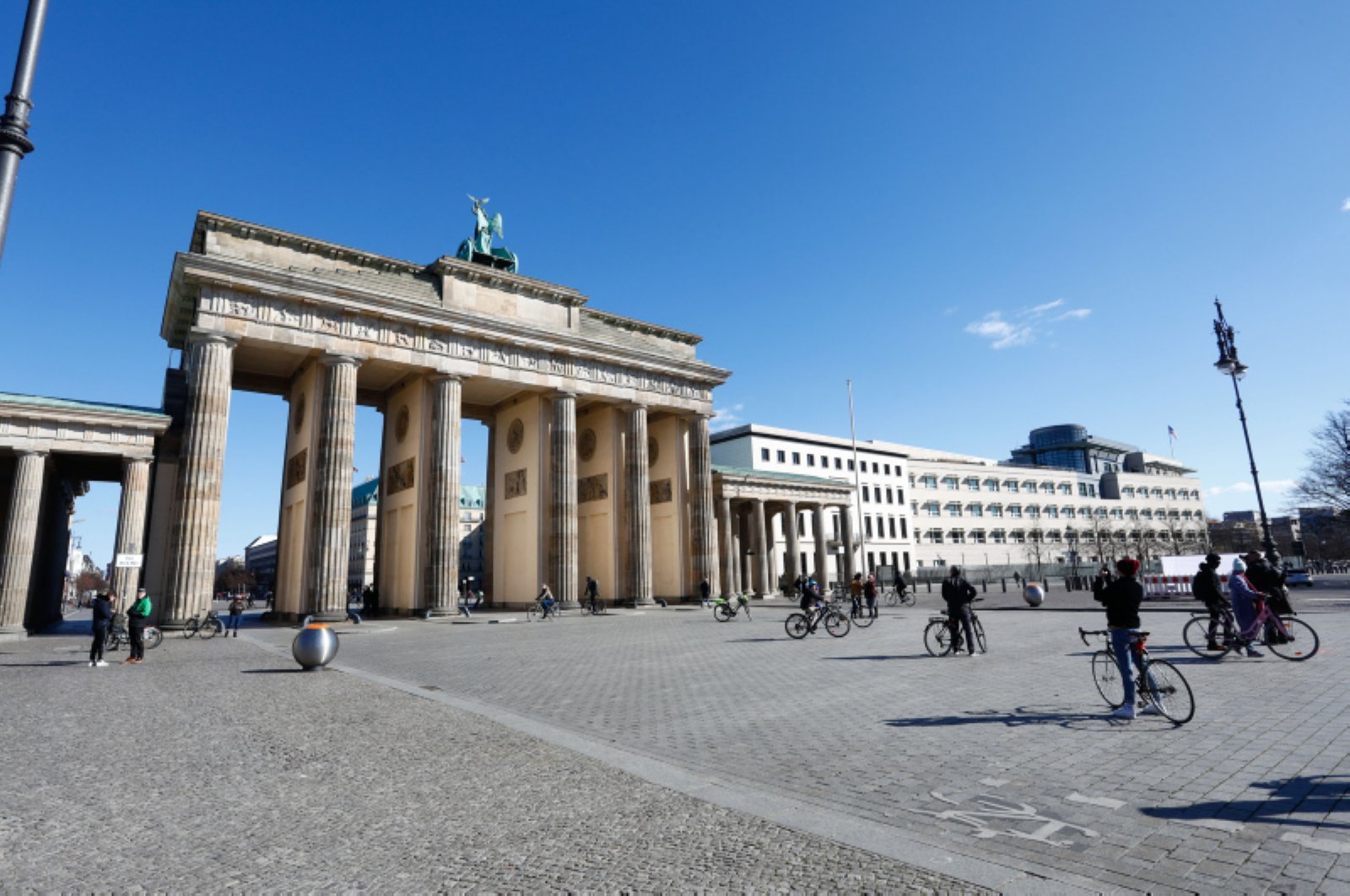 People stroll at the Pariser Platz in front of the Brandenburg Gate in Berlin, Germany, March 22, 2020, as the spread of the novel coronavirus continues. (Reuters Photo)
by Compiled from Wire Services Mar 22, 2020 7:55 pm
RECOMMENDED

German Chancellor Angela Merkel said Sunday that gatherings of more than two people will be banned in public to control the spread of the novel coronavirus.

"Our own behavior is the most effective way" of slowing the rate of infection, Merkel said of the unprecedented nationwide measures, which are initially slated to remain in force for two weeks.

All restaurants not already shut will also be ordered to close but delivery services will still be possible.

In addition, hairdressers, cosmetic studios and massage parlors must also shut their doors.

Exceptions to the ban on more than two people interacting are to be made for families and people living in the same household.

Merkel herself has gone into quarantine after being informed that a doctor who administered a vaccine to her has tested positive for the new coronavirus.
Merkel's spokesman said the German chancellor was informed about the doctor's test shortly after holding a news conference Sunday announcing new measures to curb the spread of the virus.
Her spokesman, Steffen Seibert, said Merkel had received a precautionary vaccine Friday against pneumococcal infection.
Seibert said in a statement that Merkel, 65, would undergo "regular tests" in the coming days and continue with her work from home for the time being.

The disease first entered the human population in China late last year and has spread to over 300,000 people worldwide.

Germany is one of the countries worst affected by the coronavirus, which results in COVID-19 in a significant percentage of the population, a pneumonia-like disease that can be deadly.

Italy is the now the worst-hit nation, with nearly 5,000 deaths, and Italian President Sergio Mattarella has written to his German counterpart.

"I hope that the experience Italy has first of all found in tackling the contagion can be useful to Europe and the world. I really hope Germany and other countries can be spared Italy's painful journey," Mattarella wrote to Germany's Frank-Walter Steinmeier.

Showing the battle Germany is also facing, the University Hospital in Wuerzburg has taken a care home under its wing after nine people died there in connection to the virus.

"The wave of infection hit the nursing home when COVID-19 was still a rarity in Germany," a hospital statement said.

Five patients from the care home are now being treated in the hospital's infection ward, while 10 other residents have tested positive and require care.