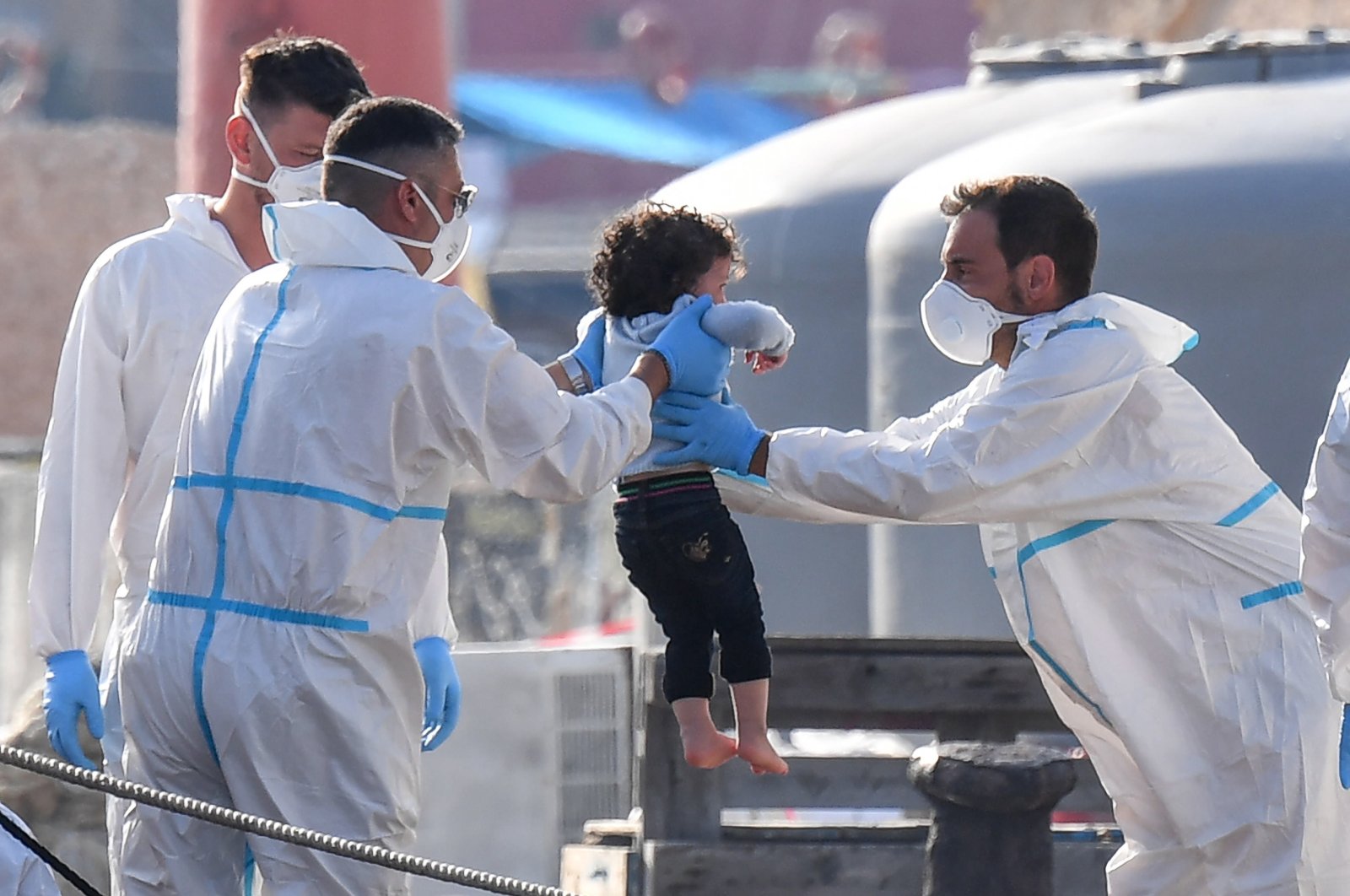 Italian immigration officers help a child disembark from a ship as a group of migrants arrives from North Africa on the island of Lampedusa, southern Italy, Aug. 3, 2020. (EPA Photo)
by German Press Agency - DPA
Aug 18, 2020 7:09 pm

Frontex said 4,650 migrants arrived in Italy and Malta last month, more than double the June figure, "in large part due to a significant rise in the number of irregular migrants departing from Tunisia."

Overall, Frontex said there were 8,650 illegal border crossings in July, up nearly a third from June – also counting sea arrivals in Spain, Greece, Bulgaria and those who came from the Western Balkans.

However, irregular migration into the EU in 2020 is still down from 2019 levels because of the novel coronavirus travel restrictions imposed earlier this year.

"In the first seven months of this year, the number of illegal border crossings at Europe's external borders fell by 15% from a year ago to 47,250," Frontex said.