Moderna, Pfizer, J&J to give 1.3B COVID-19 jabs to poor countries 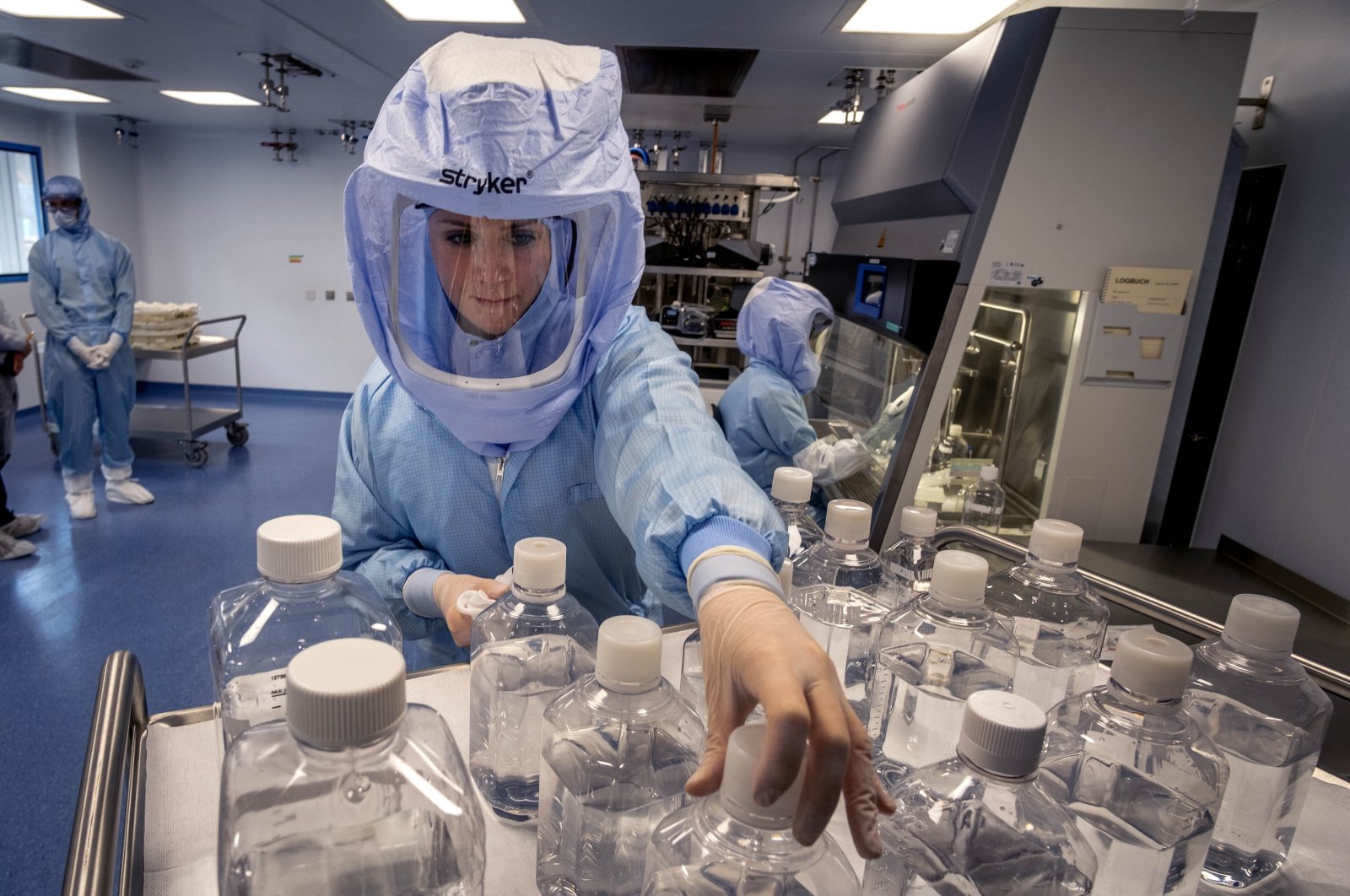 A laboratory worker simulates the workflow of vaccine production in a BioNTech cleanroom in Marburg, Germany, March 27, 2021. (AP File Photo)
by Anadolu Agency May 21, 2021 8:25 pm
RECOMMENDED

"This is great news," said von der Leyen, speaking at the Global Health Summit in Rome after the companies had made their offers.

"I am delighted to inform you that in the pre-summit, our industrial partners in Europe committed themselves 1.3 billion doses of vaccine that will be delivered until the end of this year to low-income countries at no profit and to middle-income countries at lower prices," said von der Leyen.

"Today, Africa imports 99% of its vaccines, and this has to change," she said.

"And therefore, team Europe is launching an initiative with African partners to develop vaccine production in Africa. The initiative will develop a number of regional hubs distributed across the continent."

Von der Leyen said the European Union will come forward with a proposal for the World Trade Organization in early June "to offer a third way to support a suggested intellectual property waiver on vaccines put forward by South Africa and India.

"We must allow for the export of vaccine doses to the rest of the world and maintain open supply chains," she said.

Italian Prime Minister Mario Draghi said: "One suggestion is to introduce a patent waiver on COVID-19 vaccines. Italy is open to this idea so that it is targeted, time-limited and does not undermine the incentive of pharmaceutical companies to innovate.

"But this proposal does not guarantee that low-income countries are actually in the position to manufacture their own vaccines."

Draghi said low-income countries must be supported financially and with specialized know-how.

"Italy welcomes the initiative from the European Commission aimed at manufacturing vaccines and health products in low-and middle-income countries."

World Health Organization chief Tedros Ghebreyesus said, "This will not be the last pandemic."

"Yesterday alone, more than 13,000 people around the world lost their lives to COVID-19 – nine every single minute. Today the number will be similar. And tomorrow, and the next day," said Tedros.

He called for the urgent scale-up of vaccine manufacturing by sharing technology and know-how and waiving intellectual property provisions, focusing on Africa.

"The WHO remains committed to working with all member states to explore every avenue for keeping the world safer, including the proposal for a treaty on pandemic preparedness and response.

"We believe such a treaty would create a high-level framework for political accountability that redefines the way countries deal with health emergencies-and that would encompass all countries, not just the richest and most powerful," he added.

Tedros noted that almost 90% of all vaccines administered globally have been in G-20 countries.

"The pandemic is still very much with us, thriving and mutating."

He said vaccinating quickly and thoroughly around the world, together with continued public health measures, is the only way to end the pandemic and prevent more dangerous variants from gaining a foothold.

The G-20's Rome Declaration is a significant step to provide equal access to vaccines, he said.