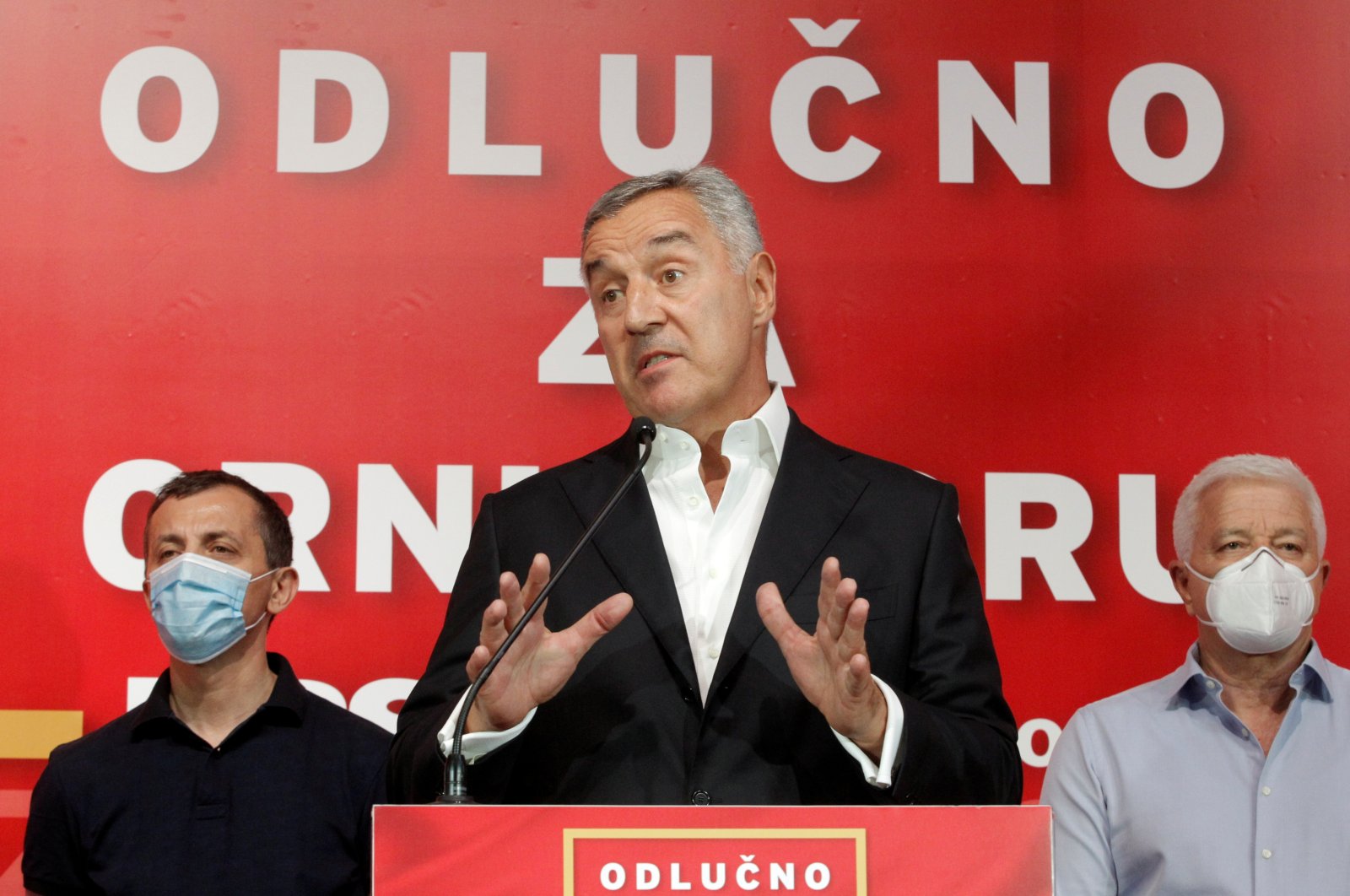 Montenegro's president and leader of the ruling Democratic Party of Socialists, Milo Djukanovic, speaks to the media after the general election in Podgorica, Montenegro, Aug. 30, 2020. (Reuters Photo)
by REUTERS Sep 02, 2020 12:05 pm
RECOMMENDED

Montenegro's President Milo Djukanovic has accused neighboring Serbia of waging "media and political aggression" ahead of Sunday's parliamentary vote in which his pro-Western party suffered a major setback.

Djukanovic's Democratic Party of Socialists (DPS), which has governed the tiny Adriatic state for three decades and took it into NATO, won about 35% of the vote, well short of a majority and raising the possibility of a new coalition government led by an alliance of pro-Serbian parties.

In a television interview late on Tuesday, Djukanovic acknowledged that his party's poorer than-expected election result could be linked with "people's dissatisfaction with some policies" and low living standards.

But he also criticized the role of Serbia and its leader Aleksandar Vucic in Montenegro, a third of whose 620,000-strong population is ethnically Serbian.

"President Vucic and ... Serbia ... want to interfere in the internal matters of other countries and ... they want to revitalize the Greater Serbian nationalism," Djukanovic told Newsmax Adria TV, referring to the ideology that helped fuel the bloody wars of the 1990s that destroyed the old Yugoslavia.

Serbia's Prime Minister Ana Brnabic dismissed his charge, saying Montenegro was not "in any way threatened by Serbia."

"Djukanovic ... (wants) to gain political points by false stories about Montenegro's vulnerability, instead of focusing on the needs and problems of its citizens," she said.

In Sunday's parliamentary election, an alliance of Serb nationalist parties named For the Future of Montenegro won 32.55% of the vote and a centrist grouping that is also opposed to Djukanovic's DPS, Peace is Our Nation, got 12.53%.

The main opposition groupings say they would continue Montenegro's bid to join the European Union if they form a coalition government.

The parties have begun deliberations on forming a new coalition government and have three months to do so.

Montenegro's pro-Serb bloc is backed by the powerful Serbian Orthodox Church, whose daily protests against a law allowing the state to seize religious assets whose historical ownership cannot be proven overshadowed the election campaign.

Opposition leaders and democracy and human rights watchdogs have long accused Djukanovic and his party of running Montenegro as their own corrupt fiefdom with links to organized crime. The DPS denies the charges.