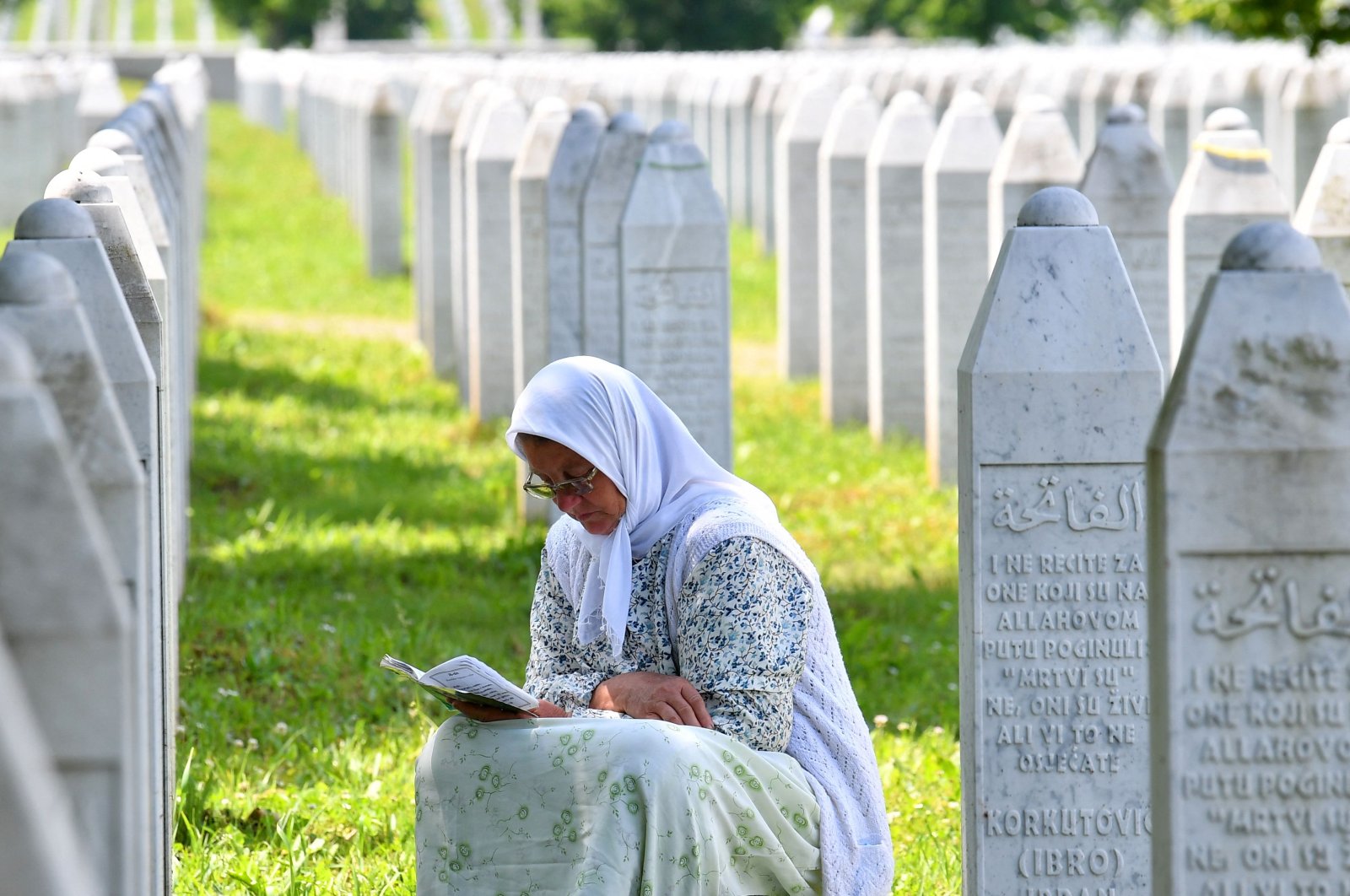 A Bosnian Muslim woman reads from a book of prayers among gravestones of her relatives who fell as victims of the Srebrenica 1995 massacre at Srebrenica Memorial Cemetery, in Potocari, Bosnia and Herzegovina, June 8, 2021 (AFP Photo)
by Anadolu Agency Jun 17, 2021 11:07 pm

Montenegro's parliament on Thursday adopted a resolution on recognizing the genocide in Srebrenica and dismissed the country's justice minister over his controversial remarks on the 1995 genocide in Bosnia and Herzegovina.

The resolution declares July 11 a day of mourning and remembrance for the victims of the 1995 genocide of over 8,000 Muslim men and boys, and the parliament will condemn any public denial of the genocide.

The resolution passed with 55 votes in favor, 19 against and six abstaining.

The parliament also voted to dismiss Minister of Justice, Human and Minority Rights Vladimir Leposavic over his recent controversial statements in which he questioned whether the Srebrenica genocide took place.

Leposavic said that he is ready to recognize that a genocide was committed in Srebrenica "when it gets proven unequivocally."

He argued that the International Criminal Tribunal for the Former Yugoslavia, which ruled that the 1995 genocide took place, has "lost its legitimacy."

On Wednesday, he said that he never denied the Srebrenica genocide and that the accusation is the result of a "campaign of lies."

He was dismissed with 43 votes in favor, 27 against and 10 MPs abstaining.