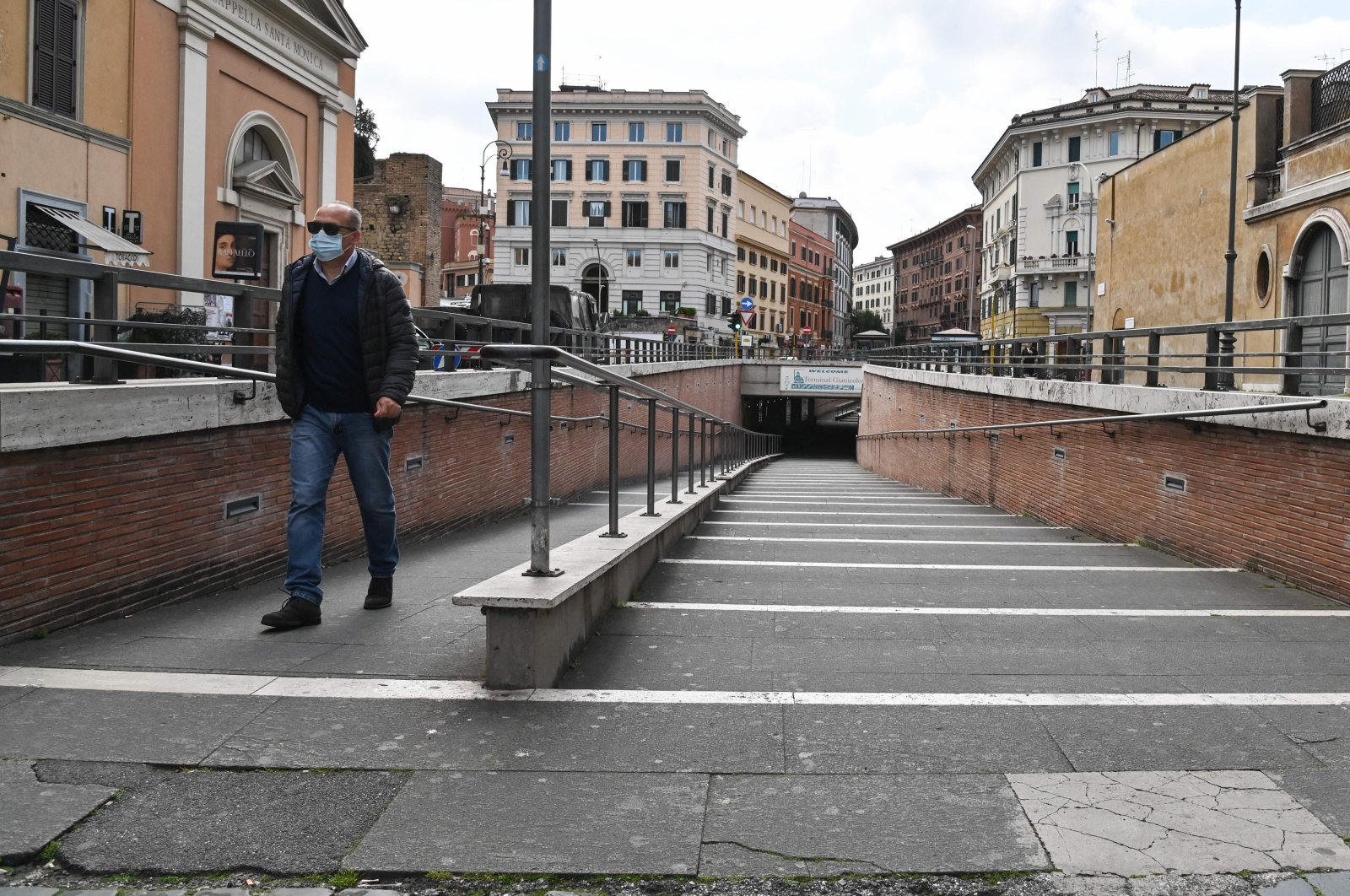 The coronavirus pandemic has now hit all global regions, ripping up sporting and cultural calendars and causing panic in stock markets and companies, particularly airlines. Measures have also been intensified to restrict the pandemic, which has sickened more than 150,000 people and killed more than 6,000.

While France ordered the closure of all non-essential businesses, Spain went a step further and banned people from leaving home except to go to work, get medical care or buy food. The two countries are among the worst-hit in Europe although Italy, which imposed Europe's most draconian lockdown on its 60 million citizens last week, still dominates in terms of infections from COVID-19. Italy, the worst-hit European country with more than 21,000 infections and 1,400 deaths, ratcheted its nearly week-old lockdown still tighter. The transport ministry banned passengers from taking ferries to the island of Sardinia and also banned overnight train trips – which many in the worst-affected north had been taking to reach homes and families in the south.

Spain on Sunday reported some 2,000 new coronavirus cases and more than a hundred deaths over the last 24 hours, the latest spike in Europe's second-most affected country after Italy. The new figures raise Spain's number of COVID-19 infections to 7,753, and its death toll to 288, after the government imposed a near-total nationwide lockdown, banning people from leaving home except to go to work, get medical care or buy food.

The U.S. imposed a travel ban on countries in Europe's Schengen free-movement area last week and announced an extension to cover Britain and Ireland from midnight on Monday.

China, where the disease originated, is now imposing its own crackdown on international travelers, all will be put into quarantine on arrival, after linking most of its new infections to those coming from overseas.

As the global spread of the disease widened, the plight of existing hot spots intensified. Iran announced 113 new deaths on Sunday taking its total to 724, the world's third-worst outbreak after Italy and China, and officials urged people to heed the advice to avoid public gatherings. The country has postponed the second round of the country's parliamentary elections as part of its fight against coronavirus. The tomb of Imam Reza in Iran's holy Shiite city of Mashhad was closed to pilgrims until further notice in line with measures to stop the new coronavirus, a spokesman said Sunday.

In Asia, Malaysia has reported 190 new cases, its sharpest daily jump that saw its total cases surge to 428. Health Minister Adham Baba said Saturday most of the new cases were related to a recent mass Islamic religious gathering, which has also sickened some participants from Brunei and Singapore. Authorities have said some 16,000 people, of whom 14,500 are Malaysians, attended the four-day event from Feb. 27 at a mosque in a Kuala Lumpur suburb. About a third of the Malaysian participants have been tested so far. Adham said all those who took part in the event and their close contacts must undergo mandatory quarantine for 14 days.

The spread of the virus has spooked even those countries without significant outbreaks, both Australia and New Zealand saying that anyone arriving from overseas must self-isolate for two weeks. "We are going to have to get used to some changes in the way we live our lives," said Prime Minister Scott Morrison.

Kazakhstan declared a state of emergency on Sunday despite having just eight confirmed infections.