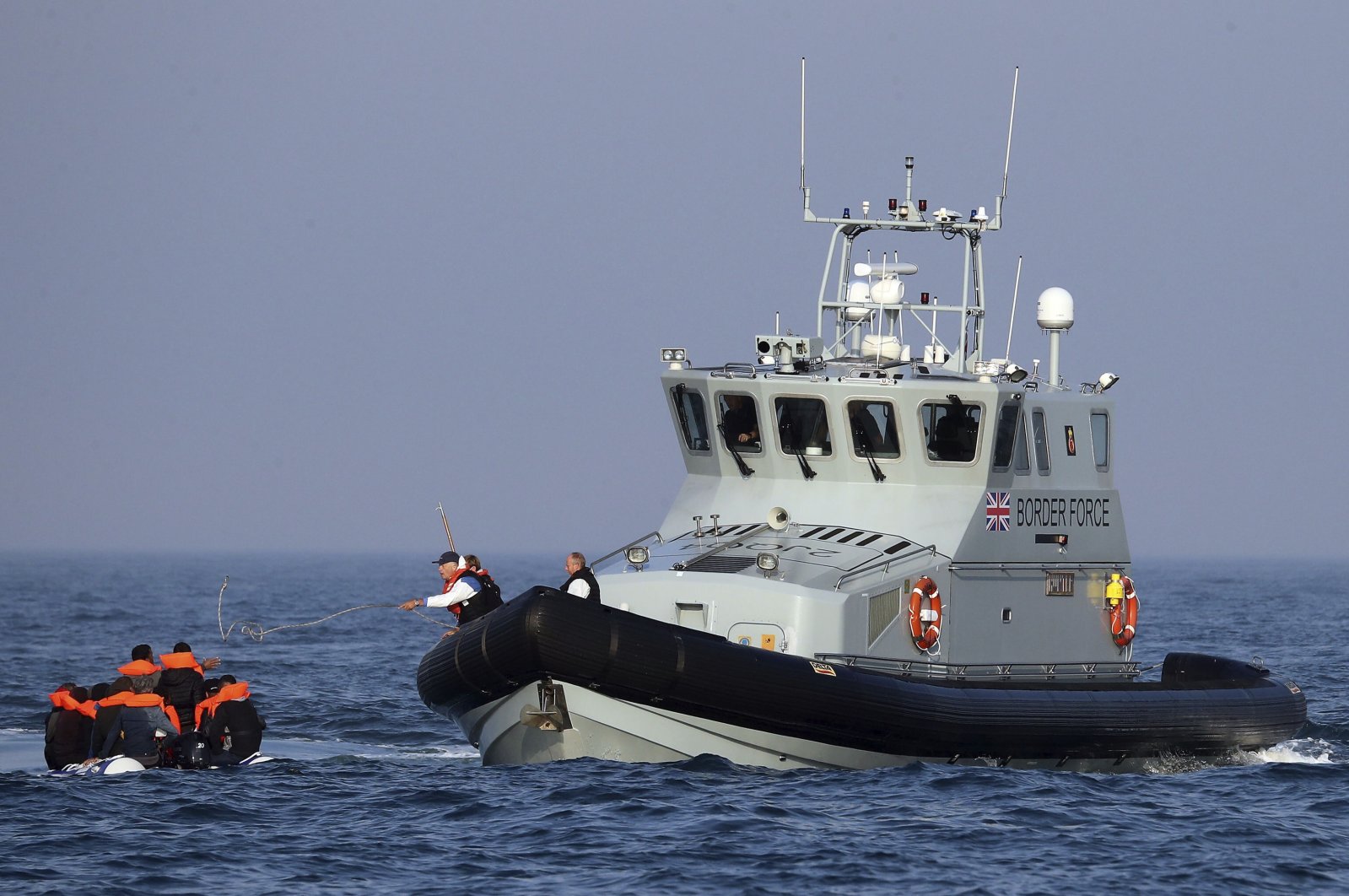 A Border Force vessel assists a group of people thought to be migrants traveling on an inflatable dinghy in the English Channel, Britain, Aug. 10, 2020. (AP Photo)
by Agencies Aug 10, 2020 4:27 pm
RECOMMENDED

A small boat carrying 20 Syrian migrants was met by the British Border Force off the coast of Dover, local media reported Monday.

Between Thursday and Sunday, almost 700 migrants landed in the U.K. via the English Channel, according to Sky News.

The British government has taken a tougher line on migration via the channel in recent days.

Prime Minister Boris Johnson expressed his willingness to work with French authorities to stop the channel crossings and ensure that migrants "understand that this isn't a good idea. This is a very bad and stupid and dangerous and criminal thing to do."

"What is going on is the activity of cruel and criminal gangs who are risking the lives of these people, taking them across the channel ... in potentially unseaworthy vessels," Johnson told broadcasters. "We want to stop that, working with the French."

"But then there's a second thing we've got to do and that is to look at the legal framework that we have that means that when people do get here, it is very, very difficult to then send them away again even though blatantly they've come here illegally," Johnson said.

The Home Office, or interior ministry, has said it would return as many migrants as possible to France. Immigration Minister Chris Philp is due to meet his French counterpart in Paris this week. France says it has already deployed extra resources and that many boats are being intercepted before they cross.

Helen Whately, the minister in the Department of Health and Social Care, told Sky News: "We do have an unacceptable situation of many migrants coming across the channel at the moment.

"The important thing is we work together with the French to stop this flow of migrants,” she said.

"It's not a safe way for them to try and get here; it is incredibly dangerous. It also means money is going to people smugglers, so it absolutely needs to stop.”

Over the course of this year, the total number of migrants reaching the U.K. has exceeded 4,000, according to PA Media, a London-based news agency.

The government has officially asked the Royal Navy for support in stemming the migrant boats crossing the channel and appointed a former Royal Marine as a "clandestine channel threat commander.”

On Tuesday, Philp will travel to Paris to discuss the issue with the relevant French authorities.

He was quoted by Sky News as saying he wants the channel to become "completely unviable” so that migrants "have no incentive to come to northern France or attempt the crossing in the first place.”

"We intend to return as many migrants who have arrived as possible,” he said.

"There are return flights planned in the coming days. And we will also continue to go after the heinous criminals and organized crime networks putting people's lives at risk.”