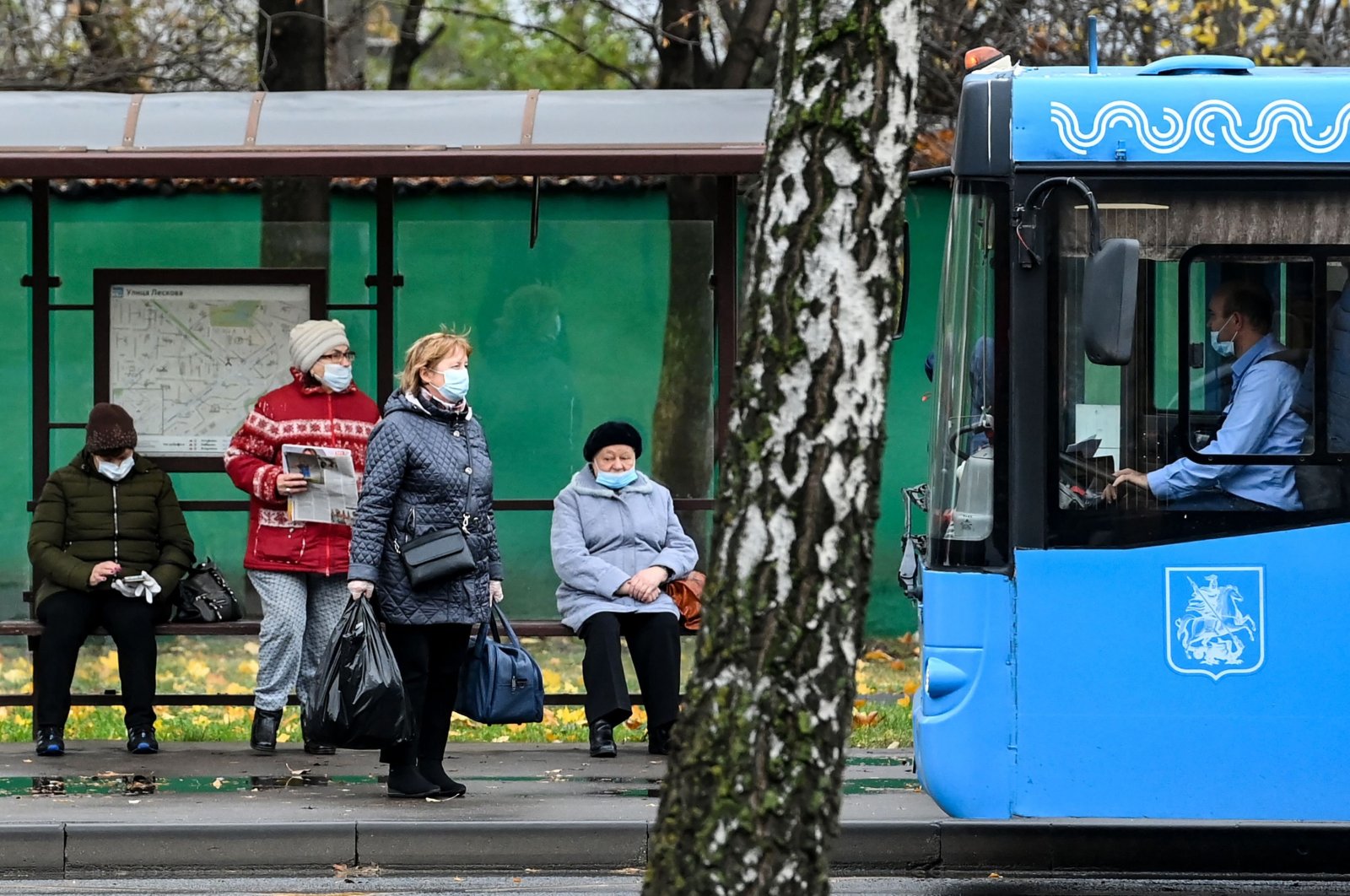 The decision marks a change of tone for Russian authorities, with President Vladimir Putin repeatedly insisting that Russia has handled the pandemic better than most countries.

"During the past week the situation with the spread of the coronavirus infection has sharply deteriorated," Sobyanin said on his website as the city registered 6,701 daily infections, the highest number since December last year.

Sobyanin added that "thousands" of hospital beds have been repurposed for coronavirus patients.

"We cannot not react to such a situation," he said. "To stop the growth of infections and to save people's lives, today I signed a decree providing for non-working days between June 15-19."

The order affects all employees in the Russian capital, a city of 12 million, except for essential workers.

Non-essential workers are not required to work from home during the period, but will still retain their salaries.

Together with the weekends and a public holiday on June 14, it means most Moscow workers will not return to their offices until June 20.

The mayor also announced the closure of food courts and playgrounds while restaurants, bars and clubs will be banned from serving customers between 11 p.m. and 6 a.m.

Sobyanin also called on employers to transfer at least 30% of non-vaccinated employees to working from home after the week-long shutdown.

Cases have been on the rise across the country in recent weeks as Russia struggles to innoculate its citizens despite domestic vaccines being widely available to the public.

A spike in infections has also been reported in Russia's second city Saint Petersburg, which is co-hosting the Euro 2020 football championship.

Moscow deputy mayor Anastasia Rakova said Saturday that 78% of the 14,000 hospital beds for virus patients in the city were currently occupied.

"In Moscow hospitals working with coronavirus patients, there are currently 498 people on ventilators. That's almost 30% more than a week ago," Rakova said.

She said over the past two months there had been a "significant" increase in the number of young patients aged between 18 and 35.

Earlier this week, Sobyanin said Moscow would be opening several field hospitals to accommodate the influx of patients.

Russia has been among the countries hardest hit by the pandemic, with the sixth-highest number of cases in the world, according to an Agence-France Presse (AFP) tally.

Kremlin critics have accused authorities of downplaying the severity of the pandemic by only counting fatalities where the coronavirus was found to be the primary cause of death after autopsy.

On Saturday, Russia registered 13,510 new coronavirus cases and 399 deaths, according to a government tally.

Russia imposed a strict lockdown when the pandemic first swept across the country last spring.

But within months authorities had lifted most measures, opting to protect the struggling economy and pinning their hopes on curbing the outbreak with vaccines.

Russia's domestic vaccination campaign started in early December, ahead of most countries, but Russians have been hesitant to sign up.

Polls show that more than half of respondents do not intend to get vaccinated.

So far 18 million Russians – or 12% of the population – have received at least one dose of a vaccine.

Putin – who the Kremlin said was vaccinated in private with one of Russia's jabs – has repeatedly called on Russians to get immunized.