Moscow police arrest over 130 people during protests against constitutional reform 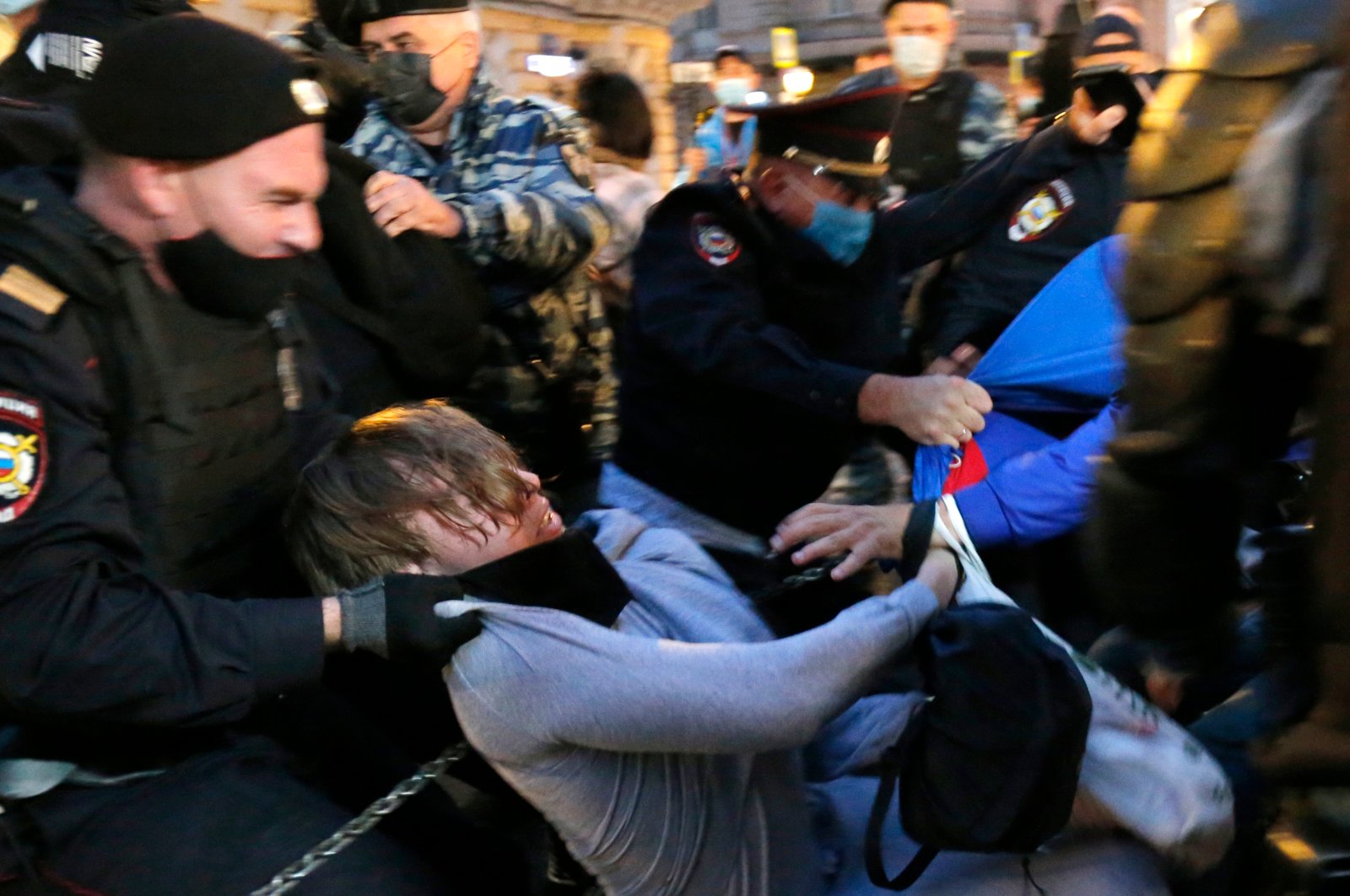 Police officers detain a protester during a rally to cancel the results of voting on amendments to the Constitution in Pushkin Square in Moscow, Russia, July 15, 2020. (AP Photo)
by ASSOCIATED PRESS Jul 16, 2020 1:20 pm
RECOMMENDED

Police in Moscow detained over 130 people during a protest against the constitutional reform that allows President Vladimir Putin to remain in power until 2036.

Moscow police said Thursday they detained 132 protesters. The OVD-Info rights group that monitors arrests and detentions in Russia put the figure at 147.

Several hundred people gathered in central Moscow on Wednesday to rally and leave signatures on a petition contesting the results of a nationwide vote on a set of constitutional amendments that extend Putin's rule, redistribute executive powers within the government, prioritize Russian law over international law and outlaw same-sex marriage.

The changes elicited a lot of criticism, and so did the week-long vote organized in the midst of the coronavirus outbreak, with independent observers and media outlets reporting numerous violations and incidents of suspected rigging.

The rally was organized by the activists of the "No!” campaign that advocated for voting against the reform. It was not authorized by the city authorities. Detentions started as protesters marched, blocking the Moscow traffic. Footage of the rally showed riot police clashing with protesters, pushing some of them on the ground and dragging them to police vans.

According to media reports, most of those detained were released by Thursday morning.

A similar unauthorized rally was held in St. Petersburg on Wednesday without any detentions.