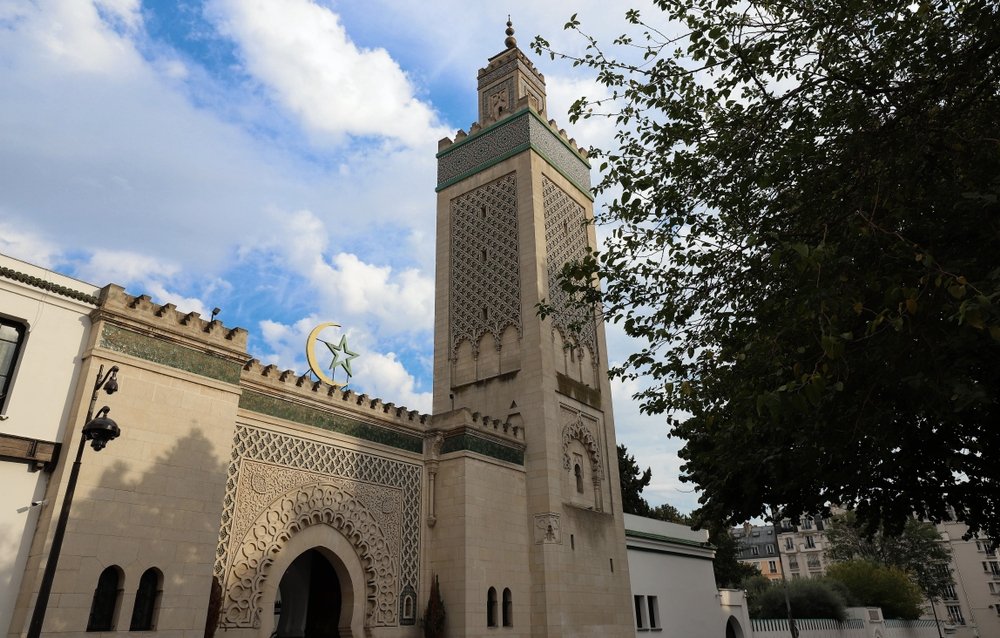 A mosque in France has been a safe haven for many homeless and migrants during the harsh winter.

The Mantes Sud Mosque in the country's Yvelines department, located some 50 kilometers (31 miles) west of the capital Paris, provides beds to those sheltering at the mosque. With the support of the As Suffa Association, it also serves meals to the needy.

Ishwor, a Nepalese migrant who took refuge in the mosque, told Anadolu Agency (AA) that he will not forget the Muslims opening their doors to him during the cold nights.

"Muslims hosted us. I am very happy to be hosted in such a distinguished place," he said.

Abdelaziz El Jaouhari, the head of the mosque association, said the mosque was built in 2015 and that it serves as a place of worship as well as a center for knowledge and social activities.  While building the mosque, Jaouhari said they kept in mind the role that mosques played during the era of the Prophet Muhammad.

"His (Prophet Muhammad's) mosques had 3 main functions. Bringing people together, enabling them to acquire knowledge, and providing social support," he said.

The third floor, on which construction will soon start, will serve as a center for knowledge, adding: "We wanted to follow the sunnah (practices) of Prophet Muhammad," Jaouhari said.  "We provide emergency shelter for the homeless all year round. We open the doors of the mosque not only to Muslims but everyone who knocks our door."

Jaouhari said they received an influx of support after posting on social media, adding that people are eager to volunteer at the mosque to help people in need while others have sent aid supplies.

Aisha Bendoukha, a volunteer of Algerian origin, said that she comes to the mosque every Saturday and helps with the charity work.

Noting that they serve meals to more than 150 people a day, she said: "That's how we change the world every day." Khedima Kadgam, another volunteer, said the number of people volunteering at the mosque is on the rise, adding: "The idea of being useful to someone gives us strength and motivation."