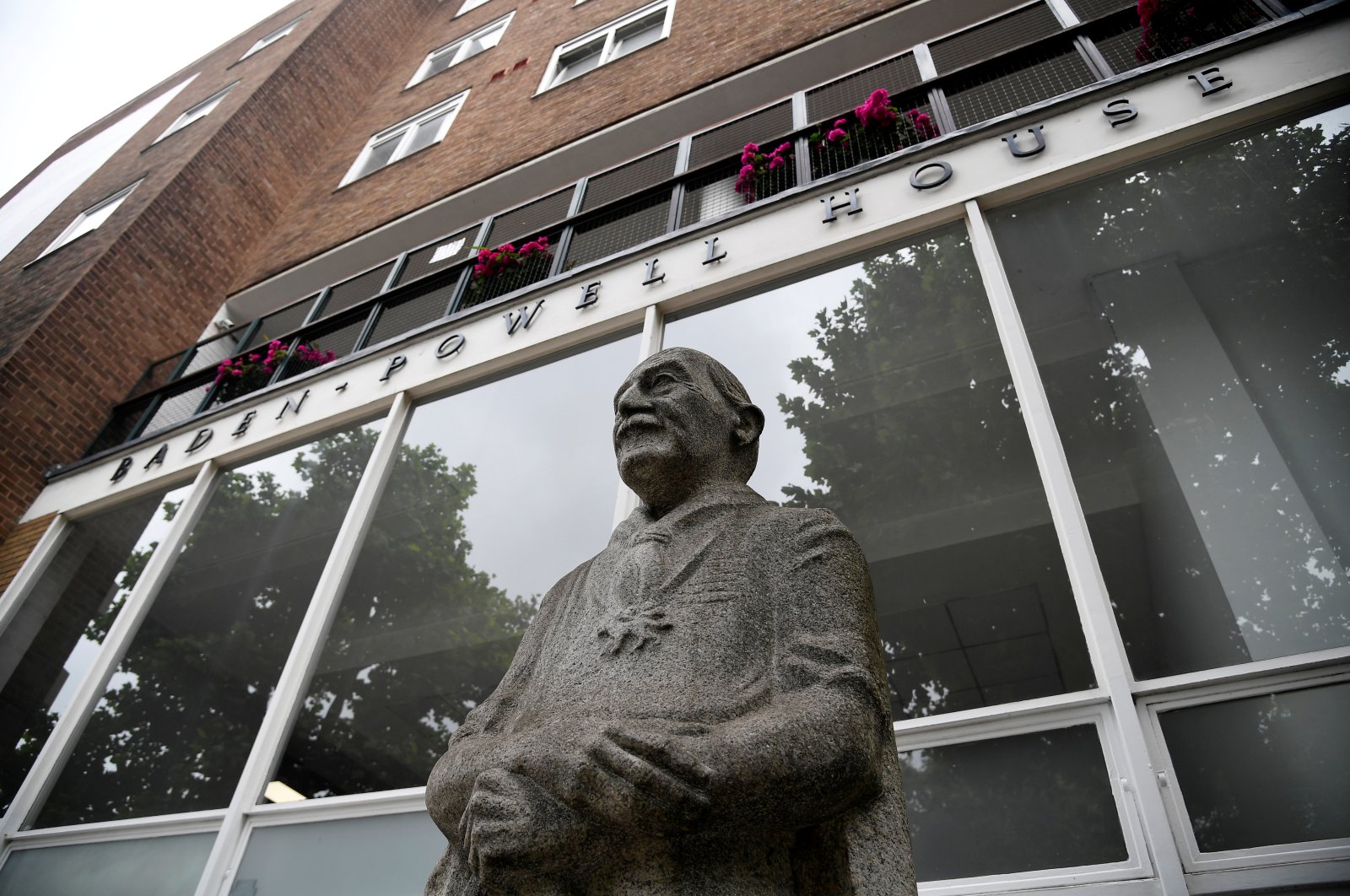 A statue of Robert Baden-Powell is seen in London, in the aftermath of protests against the death of George Floyd who died in police custody in Minneapolis, London, June 11, 2020. (REUTERS)
by Anadolu Agency Jun 11, 2020 8:02 pm
RECOMMENDED

The statue of British slave trader Edward Colston was recovered on Thursday from a river where it was dumped by Black Lives Matter protesters last week, as the movement to remove statues of controversial British figures gathers pace.

"Early this morning we retrieved the statue of Colston from Bristol Harbour. It is being taken to a secure location before later forming part of our museums collection," Bristol City Council tweeted.

Last Sunday, protesters in Bristol tore down the statue of the 17th century slave trader and dumped it into the River Avon.

Video footage of the incident garnered millions of views on social media, and the event sparked debate across the world, including the U.S.

The bronze memorial statue has been in Bristol's city center since 1895 and was previously subject to a petition for its removal signed by 11,000 people.

Colston worked at a slave-trade company that transported around 84,000 African slaves. He was a native of Bristol and an active philanthropist in his home city. Due to his charitable contributions, several roads, schools, and other landmarks are named after him.

In a powerful image shared on social media, black protesters were seen kneeling on the neck of the toppled statue for eight minutes-nearly the same length of time a white U.S. police officer knelt on George Floyd's neck killing the unarmed black man and sparking a global wave of demonstrations against police brutality and racial injustice.

The incident in Bristol has sparked a nationwide movement to remove statues of British historical figures considered to be racist or otherwise problematic.

In Poole, southern England, the statue of Robert Baden-Powell will be removed following police advice, the local council announced. However, some locals do not agree with such a move.

Baden-Powell is most well-known for founding the Scout movement but has been accused of supporting racism and homophobia, as well as Adolf Hitler and the Nazis.

The leader of the local council there said: "Whilst famed for the creation of the Scouts, we also recognize that there are some aspects of Robert Baden-Powell's life that are considered less worthy of commemoration."

"Therefore, we are removing the statue so that we can properly involve all relevant communities and groups in discussions about its future, including whether a more educational presentation of his life in a different setting might be more appropriate," he added.

Local Conservative politicians in the area vocally opposed the move, but one former Labour parliamentary candidate told the BBC: "We can commemorate the positive work without commemorating the man."

"A quick look into his history shows that he was very open about his views against homosexuality and that he was a very open supporter of Hitler and of fascism and quite a strong, outspoken racist," she added.

There have also been calls to remove the statue of former British Prime Minister Sir Robert Peel, the founder of the modern police, in Leeds, northern England.

His father, who had the same name, was a fierce opponent of abolishing slavery.

The leader of Leeds City Council said: "There seems to be now a recognition that there has been some misunderstanding about the Robert Peel whose statue is in Leeds and that it was actually his father who worked in the cotton trade."

She said Peel was a reformer who "did do many things that have had a lasting impression and impact, not least establishing a police force that doesn't carry arms."

Activists acknowledged their initial error but said the statue should still come down due to the "the history of policing, its origins in colonialism and its role in suppressing dissent deserves greater scrutiny. Peel's statue belongs in a museum, as part of an exhibition for others to learn about the history of British colonialism."

On Wednesday, the statue of prominent slave trader Robert Milligan was removed from outside the Museum of London Docklands.

Milligan owned 526 African slaves who worked on his family's plantation in Jamaica and also founded the West India Docks, which was London's global trade hub for over a century. The area is now dominated by Canary Wharf, London's secondary financial center.