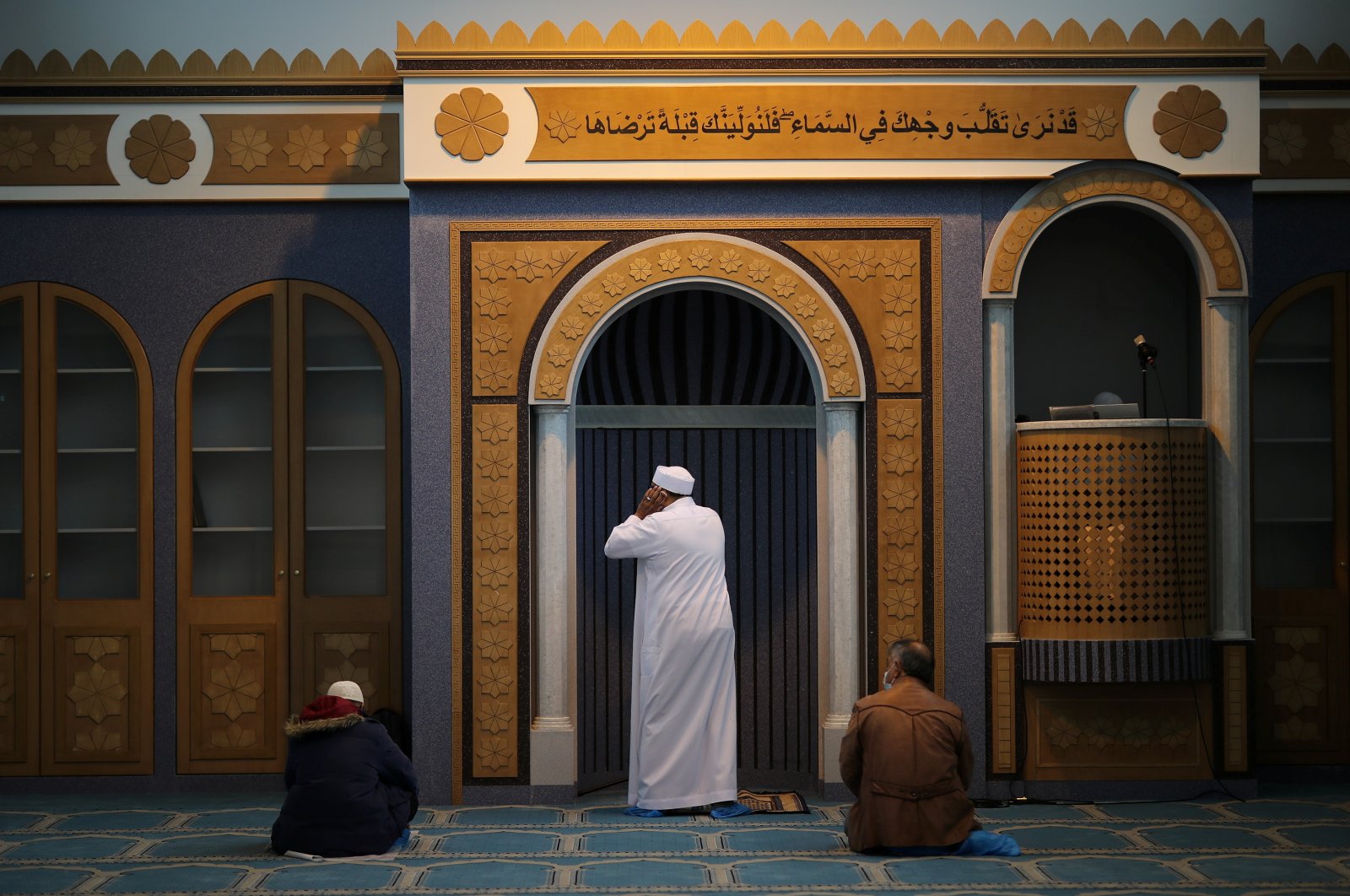 Muslims living in Greece apply social distancing as a precaution against the spread of the coronavirus disease during Friday prayers at the capital's first official mosque in Athens, Greece, Nov. 6, 2020. (Reuters Photo)
by Agencies
Nov 06, 2020 5:20 pm

Friday prayers were held for the first time in Athens following the opening of the Greek capital's first mosque this week after years of delays.

The congregation was limited to 12 people – nine men and three women – all of whom wore masks due to the ongoing coronavirus pandemic. The Friday sermon, which was read in Greek, stressed the importance of mosques during the time of the Prophet Muhammad, saying they also served as community centers.

It has taken around 14 years to build a mosque in Athens, with the process dogged by far-right protests, political controversy and delays in the heavily Christian Orthodox country. Parliament eventually approved the mosque's construction in August 2016.

The mosque, constructed in a largely industrial area of the capital, will now provide an official place of worship for the Muslim community of Athens, which is largely comprised of migrants and visitors.

Until now the community had been using informal, makeshift prayer rooms set up in unused stores and basements – often leading to tension and protest from other local residents.

Members of the Muslim community said that the new mosque, while far from perfect, was at least a start.

"All this time we have been praying underground. This is a great day for us,” said Anna Stamou, a representative of the Muslim Association of Greece. She said the mosque had "many disadvantages and issues that have to be solved,” including its small capacity, "but this is a very solid start.”

Stamou put Athens’ Muslim population at around half a million people and noted that the new mosque’s capacity of 300 men and 50 women was too small.

"But this is like a symbolic foundation and establishment that is an official one,” Stamou said. "It will not provide the services for everybody, we already know that. But this is a good start.”

Greece has applied further restrictions on the number of people allowed in all places of worship due to the COVID-19 pandemic.

As of Saturday morning, lockdown-type measures will be imposed nationwide which will mean all places of worship will be without the presence of the faithful.