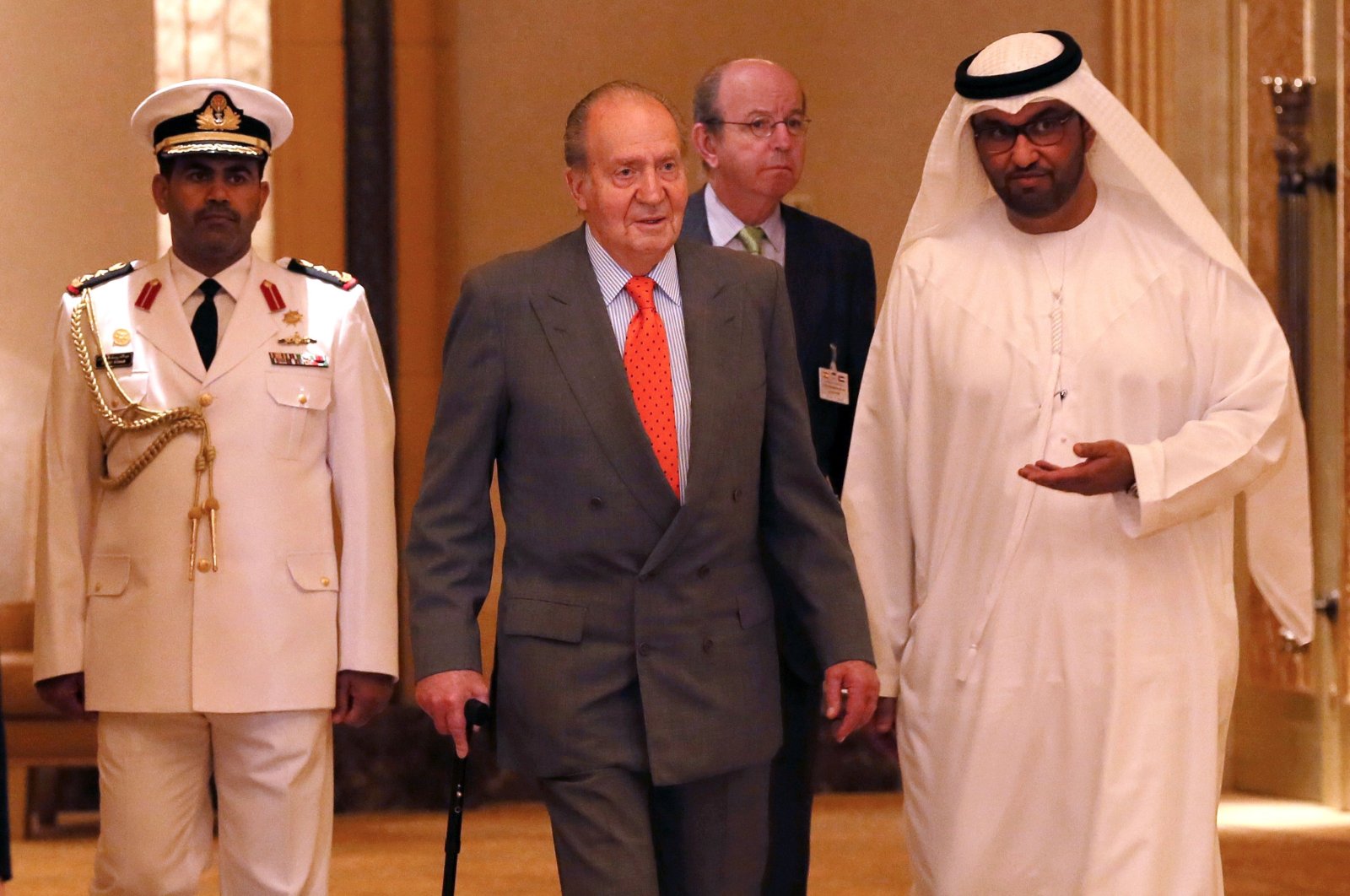 Former monarch Juan Carlos I of Spain has been in the United Arab Emirates (UAE) since he left his country amid a growing financial scandal, the Spanish royal household said Monday, putting an end to an international guessing game over the 82-year-old’s whereabouts.

Juan Carlos had said on Aug. 3 he would leave Spain after controversial aspects of his past private life came to light but did not say where he was going.

“King Juan Carlos has told the royal household that he went to the Emirates on Aug. 3, and he remains there now,” the spokesman said.

The Spanish government and Royal House officials have been tight-lipped about the former king’s location since Aug. 3, when he published a letter to his son, King Felipe VI, that said he was moving outside Spain due to the “public repercussions of certain episodes of my past private life.”

At 82, the former king is the target of official investigations in Spain and Switzerland into possible financial wrongdoing.

Conservative Spanish newspaper ABC published a photo of Juan Carlos stepping out of a plane at an airport in Abu Dhabi. But without any official confirmation, Spanish media had placed him in places as far afield as the Dominican Republic, Portugal, Switzerland or New Zealand.

Ending the swirl of speculation, a Royal House spokesman said Monday that Juan Carlos had asked to convey that he had traveled to UAE on Aug. 3.

"That's where he currently remains,” the official, who wasn’t authorized to be quoted in media reports, told The Associated Press (AP).

The spokesman declined to say if the UAE, a federation of seven sheikdoms on the Arabian Peninsula, would be Juan Carlos' permanent residence.

UAE authorities have not responded to repeated questions regarding Juan Carlos’ stay in the country.

Juan Carlos facilitated Spain's transition to democratic rule in the 1970s, when the heir of the Bourbon dynasty replaced former Gen. Francisco Franco as the country's head of state. He reigned for nearly four decades while Spain modernized and joined the European Union.

But criticism grew as his luxurious life and corruption scandals tarnishing members of the royal family offered a striking contrast with the suffering of Spaniards during the global financial crisis.

In 2014, Juan Carlos abdicated the throne that then went to Felipe, who has taken steps to shield the monarchy from the scandals.

Felipe VI has not publicly spoken about his father's departure earlier this month. On Monday, he and Queen Letizia were scheduled to pay a visit to the Mediterranean island of Ibiza. The royal couple and their two daughters are currently vacationing on a nearby island.

Spanish Prime Minister Pedro Sánchez, whose monarchy-supporting Socialist Party is in a coalition government with the pro-republic, far-left Unidas Podemos (United We Can), has praised the Royal House's decision to take distance from the former king.

Despite relocating outside of Spain, Juan Carlos has pledged via his lawyer to make himself available to prosecutors in Spain. Their investigation, which is in early stages, is looking into whether the former monarch received millions of dollars in kickbacks from Saudi Arabia during the construction of a high-speed railway there by a Spanish consortium.

A separate Swiss judicial probe is looking into millions of euros that were allegedly given to Juan Carlos by Saudi Arabia's late King Abdullah and allegedly transferred by Juan Carlos to a former companion.