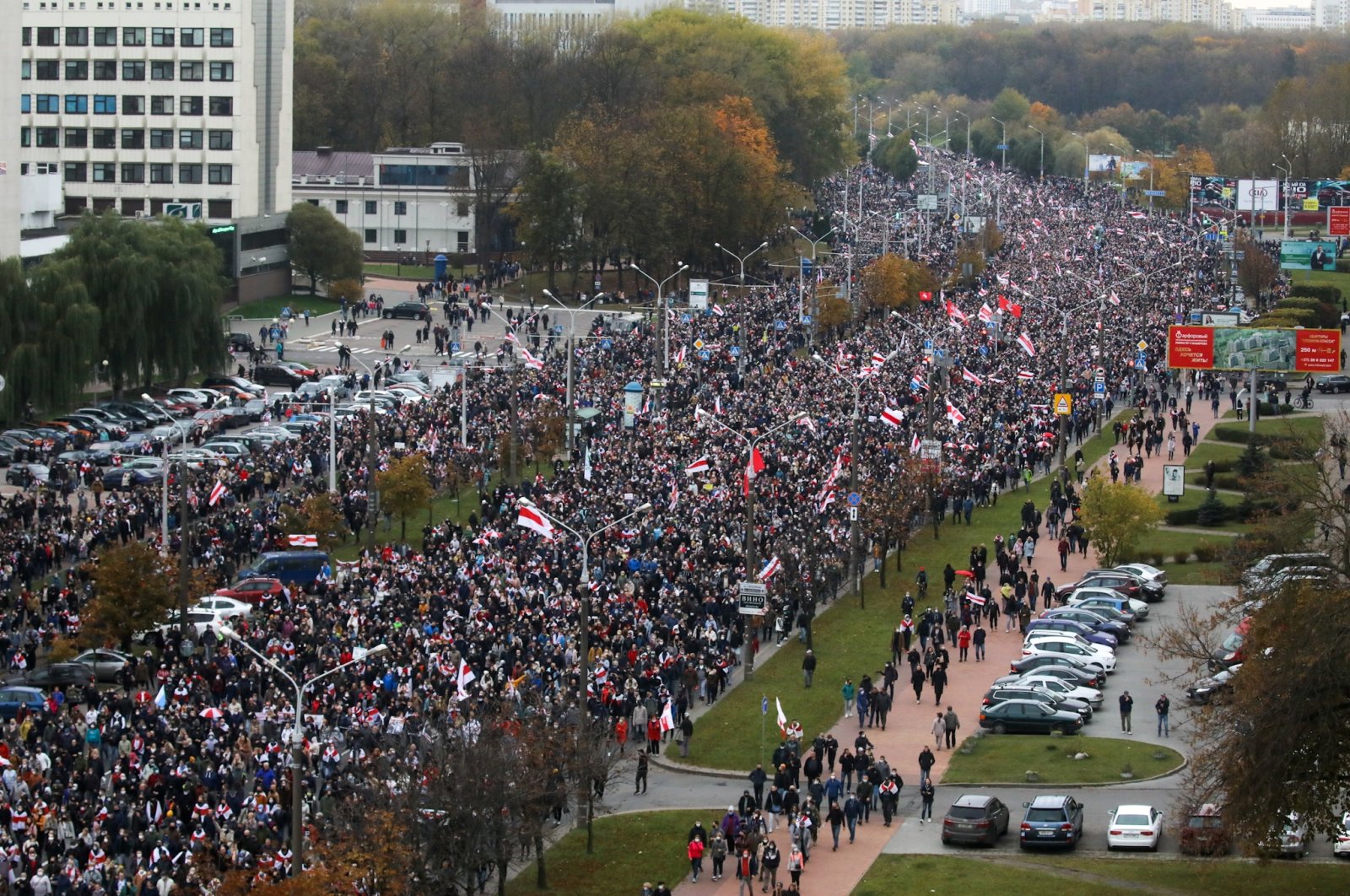 Lukashenko had defied an ultimatum to surrender power by midnight on Sunday, challenging his opponents to make good on their threat to paralyze the country with mass strikes and shutdowns. His refusal to quit after 26 years in power will test whether the opposition has the mass support it needs to bring enterprises across the country of 9.5 million people to a halt. It was not immediately clear how widespread the latest round of protest action was.

Strikes have hit some major state-run factories in recent weeks but they have not been sustained.

Eleven weeks after a disputed presidential election, the crisis in the former Soviet republic nevertheless entered a new phase with the expiry of the "People's Ultimatum" set by exiled opposition candidate Svetlana Tikhanovskaya.

Tikhanovskaya, who fled to Lithuania after the Aug. 9 election for the safety of her family, has urged Belarusians to block roads, shut down workplaces, stop using government shops and services and withdraw all money from their bank accounts. Lukashenko has scoffed at the calls, asking "Who will feed the kids?" if workers at state-owned enterprises go on strike.

Tikhanovskaya called on Sunday for the strike to go ahead after police forces loyal to Lukashenko fired stun grenades and detained scores of people in a clampdown on protests by tens of thousands in Minsk and elsewhere. "The regime once again showed Belarusians that force is the only thing it is capable of," she said in a statement.

"That's why tomorrow, Oct. 26, a national strike will begin." The standoff is being closely watched by neighboring Russia and by Western governments.

Russian President Vladimir Putin has no desire to see another leader toppled by protests in a former Soviet state, as happened in Ukraine in 2014 and Kyrgyzstan earlier this month. He too has faced street demonstrations at various times, including for the past three months in the far eastern city of Khabarovsk.

Since the crisis began, Moscow has backed Lukashenko with a $1.5 billion loan and increased security cooperation, including a series of joint military exercises and a visit last week by the head of Russia's foreign intelligence agency.

Lukashenko, 66, claimed victory in the Aug. 9 election with an official vote share of more than 80%, but the opposition accused him of vote-rigging on a massive scale. He has responded to mass street protests by arresting around 15,000 people, though most have since been released, and jailing opposition leaders or forcing them to leave the country.

A U.N. human rights investigator said last month that thousands of people had been "savagely beaten" and there were more than 500 reports of torture, which the authorities deny. The United States, European Union, Britain and Canada have imposed travel bans and asset freezes against a string of officials accused of election fraud and human rights abuses. Tikhanovskaya presented her ultimatum on Oct. 13 after the government said police would be authorized to use combat weapons against protesters if needed.

Three days later, a senior police official repeated the threat. "We will of course humanely use weapons against them, including firearms, and we will remove the most dangerous ones from the streets," said Nikolai Karpenkov, head of the police unit in charge of fighting organized crime.