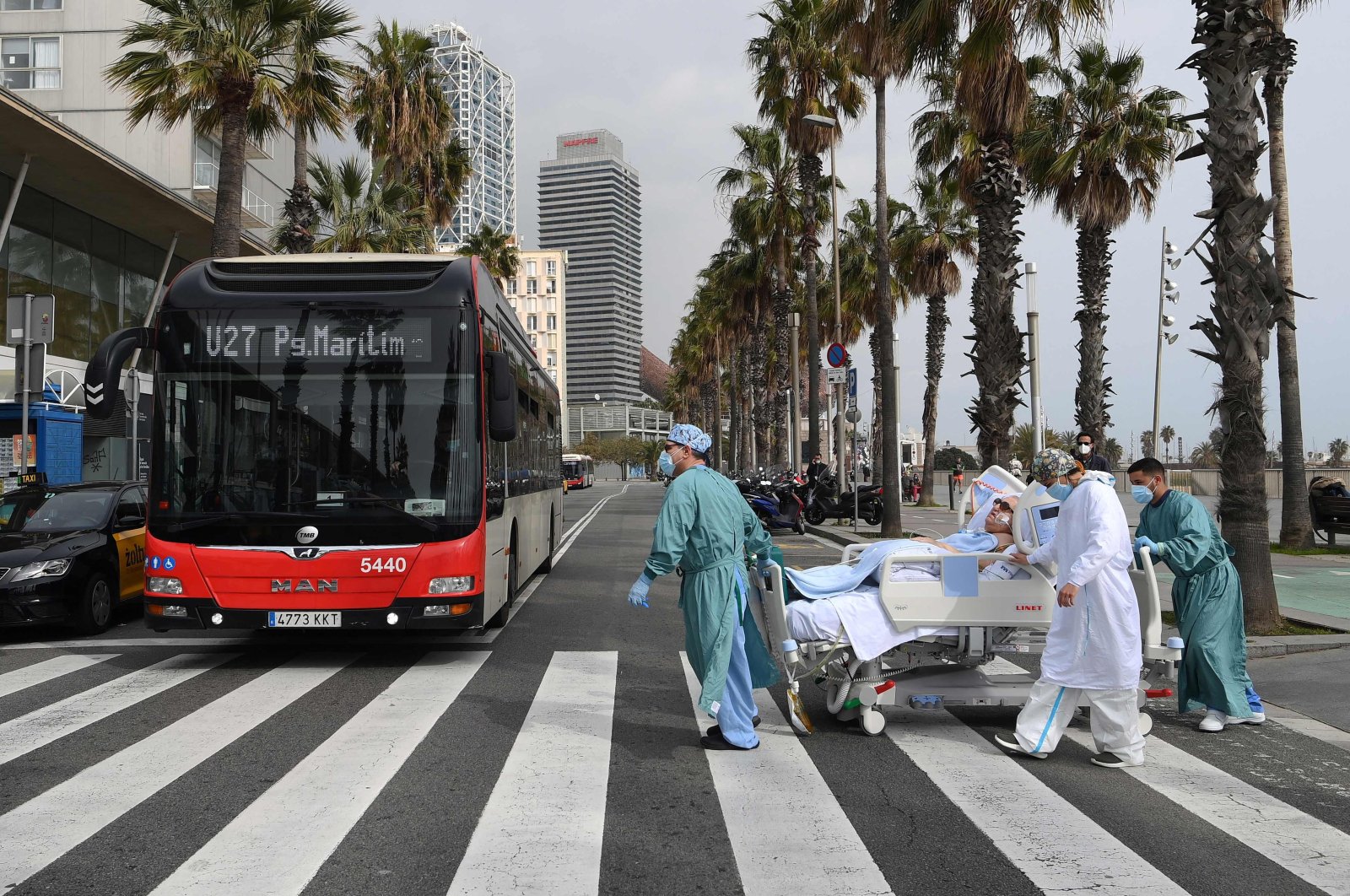 Medical personnel of a hospital take COVID-19 patient back to the hospital after getting some fresh air by the sea, at the Barceloneta beach esplanade in Barcelona, Spain, March 4, 2021. (AFP Photo)
by Agencies Dec 06, 2021 8:21 pm
RECOMMENDED

Dozens of staff at a Spanish hospital, including intensive care nurses and doctors, have tested positive for COVID-19 after attending a Christmas party last week, health authorities said on Monday, prompting the country’s prime minister to urge caution.

The regional hospital of Malaga, a city on Spain’s southern coast, said 170 staff attended a Christmas party in a restaurant on Dec. 1. Since then, 68 staff, including intensive care nurses and doctors, have tested positive for COVID-19, according to Reuters and the Associated Press (AP).

Health authorities said they were investigating the source of the infection but added all 68 attended a Christmas party at which 173 people were present.

Those who contracted COVID-19 all had antigen tests or the third booster vaccinations before attending the party, health authorities said.

Another possible source of the infection could have been a large meal for hospital staff, authorities said. Those infected have shown mild symptoms.

Health authorities in Andalucia have recommended that staff at other public and private hospitals do not attend Christmas parties.

Spain’s prime minister on Monday urged people to “remain prudent” about COVID-19 over the holidays.

Prime Minister Pedro Sánchez was cited by the AP as telling reporters that Spaniards can’t “let their guard down” because the coronavirus continues to spread, despite fewer cases and fewer difficulties for the health service than this time last year.

The Andalucia province, where Malaga is located, has recently witnessed a rise in cases. Its 14-day infection rate stands at 136 cases per 100,000 inhabitants.

In Spain as a whole, that rate stood at 248 last Friday.

Four cases of the omicron variant have meanwhile been confirmed in Spain’s Balearic Islands, health authorities there said.

A father arrived in the Balearic islands recently and infected two members of his family and a fourth person recently arrived in Spain from South Africa, authorities said.

Spain has confirmed a total of nine cases of the omicron variant, according to the ministry of health.