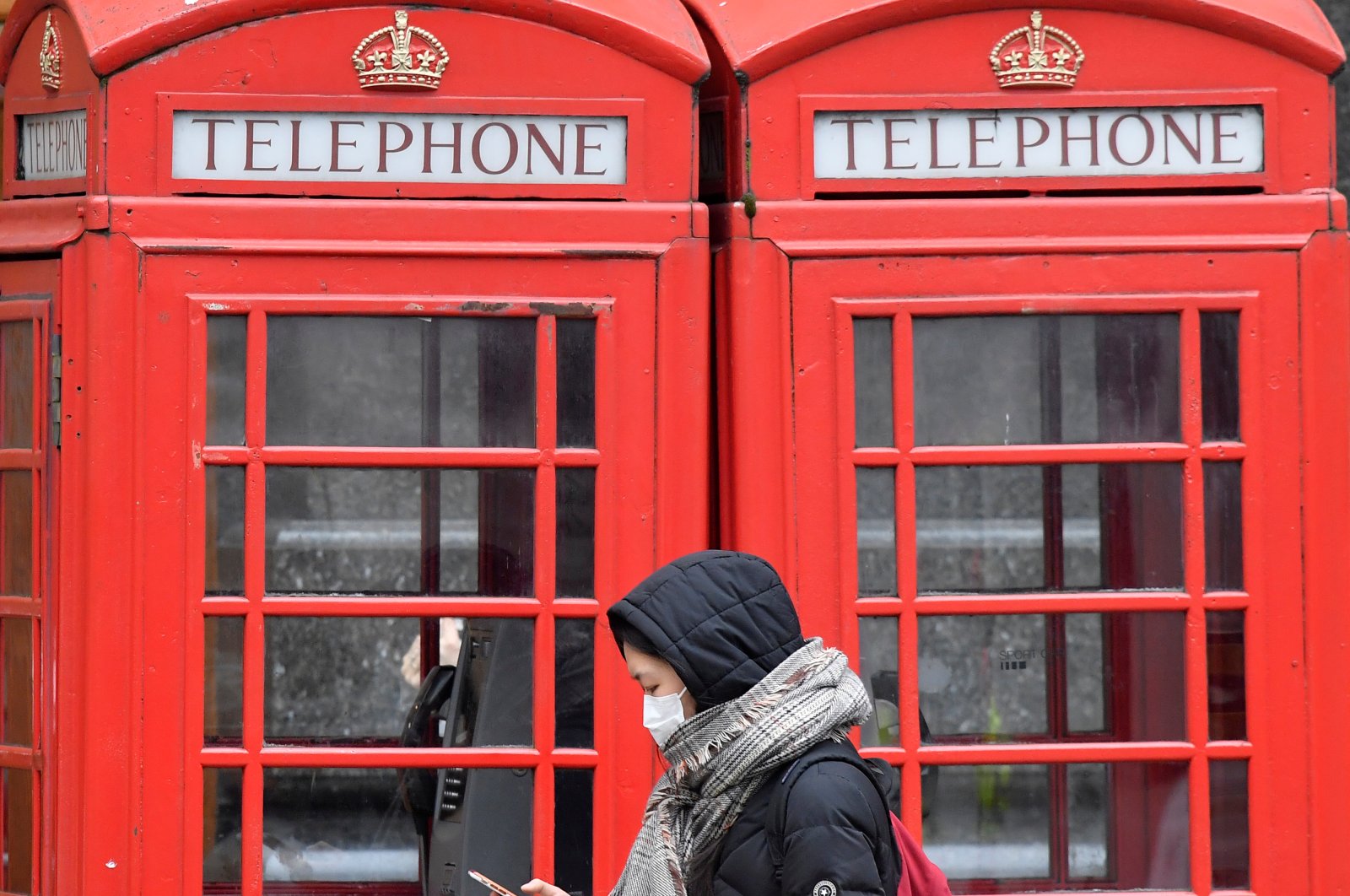 A woman in a protective face mask walks past traditional red telephone boxes, as the number of coronavirus (COVID-19) cases grows around the world, London, Britain, March 15, 2020. (Reuters Photo)
by DAILY SABAH Mar 16, 2020 12:53 am
RECOMMENDED

The coronavirus crisis in Britain will last until spring 2021 and could lead to 7.9 million people catching the disease, the Guardian reported late Sunday, citing a closed Public Health England (PHE) briefing for senior health officials.

“The document, seen by the Guardian, is the first time health chiefs tackling the virus have admitted that they expect it to circulate for another 12 months and lead to huge extra strain on an already overstretched NHS (National Health Service),” the newspaper said in the report, underlining the difficulties the NHS faces as the virus spreads around the world, including in the U.K.

“As many as 80% of the population are expected to be infected with COVID-19 in the next 12 months, and up to 15% (7.9 million people) may require hospitalization,” the Guardian cited the report as saying.

Britain has been taking a different approach from other countries across Europe and around the world by declining to heavily restrict everyday activities or introduce “social distancing” measures. The U.K. strategy is based on the presumption that most people will eventually get the COVID-19 virus and severe measures to contain it are unlikely to work.

But as infections rise in England, Scotland, Wales and Northern Ireland, so has criticism of the government’s approach, from British Prime Minister Boris Johnson’s political opponents, scientists and an increasingly worried population. Britain's virus death toll rose to 35 on Sunday from 21 a day earlier while confirmed infections rose by 232 to 1,372.

For most people, the new coronavirus causes only mild or moderate symptoms, such as fever and cough, and the majority recover. For some, especially older adults and people with existing health problems, it can cause more severe illness, including pneumonia. Worldwide, some 156,000 people have been infected, over 5,800 have died and nearly 74,000 have recovered.