Netherlands, Belgium, Switzerland tops in drug use in Europe 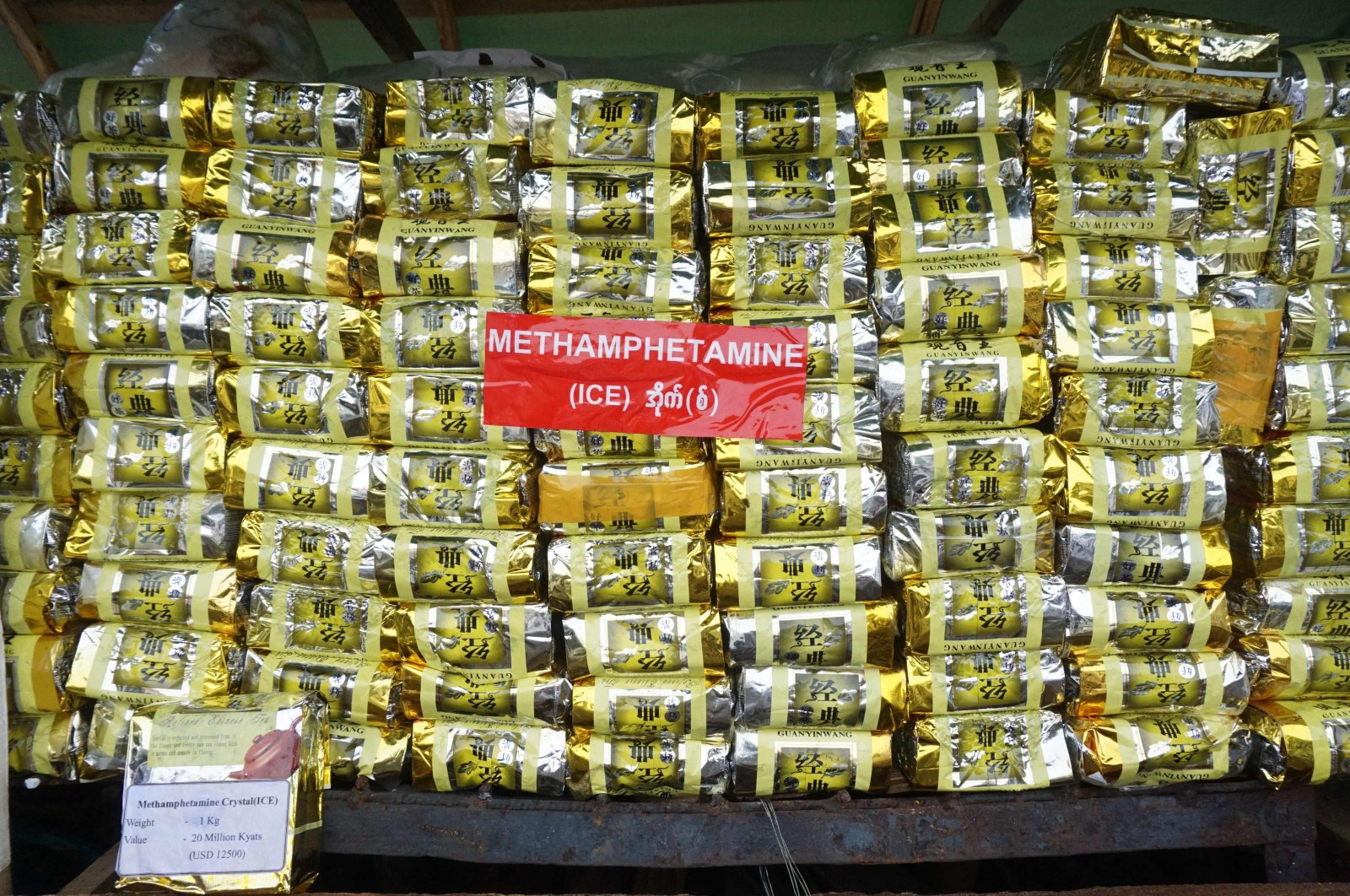 A stack of illegal methamphetamine is pictured before being set on fire during a destruction ceremony to mark the United Nations' "International Day against Drug Abuse and Illicit Trafficking" in Yangon, Myanmar, June 26, 2021. (AFP Photo)
by Anadolu Agency Jun 26, 2021 10:39 am

A study of wastewater in Europe found that the Netherlands, Belgium and Switzerland topped the lists for the use of marijuana – legal in some countries, illegal in others – and cocaine, which is strictly banned.

The European Monitoring Centre for Drugs and Drug Addiction (EMCDDA) analyzed wastewater from 82 cities and towns to find out more about European drug usage in 2020, it said in a statement Friday.

Some of the study's key findings are as follows:

Cannabis: The highest concentrations of traces of cannabis of marijuana were discovered in the cities of Amsterdam, Zagreb (Croatia) and Geneva. Cannabis appears to have been less affected by COVID-19 lockdowns than other drugs.

Istanbul, Turkey's largest city, and the southern city of Adana were ranked 29th and 35th, respectively.

Cocaine: Cocaine is most commonly used in Belgian, Dutch and Spanish cities. Most eastern European cities have quite low levels of use.

MDMA: The highest concentrations of MDMA, a "party drug" commonly used in conjunction with alcohol, were discovered in cities in Belgium, Germany, the Netherlands and Slovenia.

Methamphetamine: Traditionally concentrated in the Czech Republic and Slovakia, this drug is now available in the Greek Cypriot administration, eastern Germany, Spain and northern European countries such as Denmark, Lithuania, Finland and Norway.