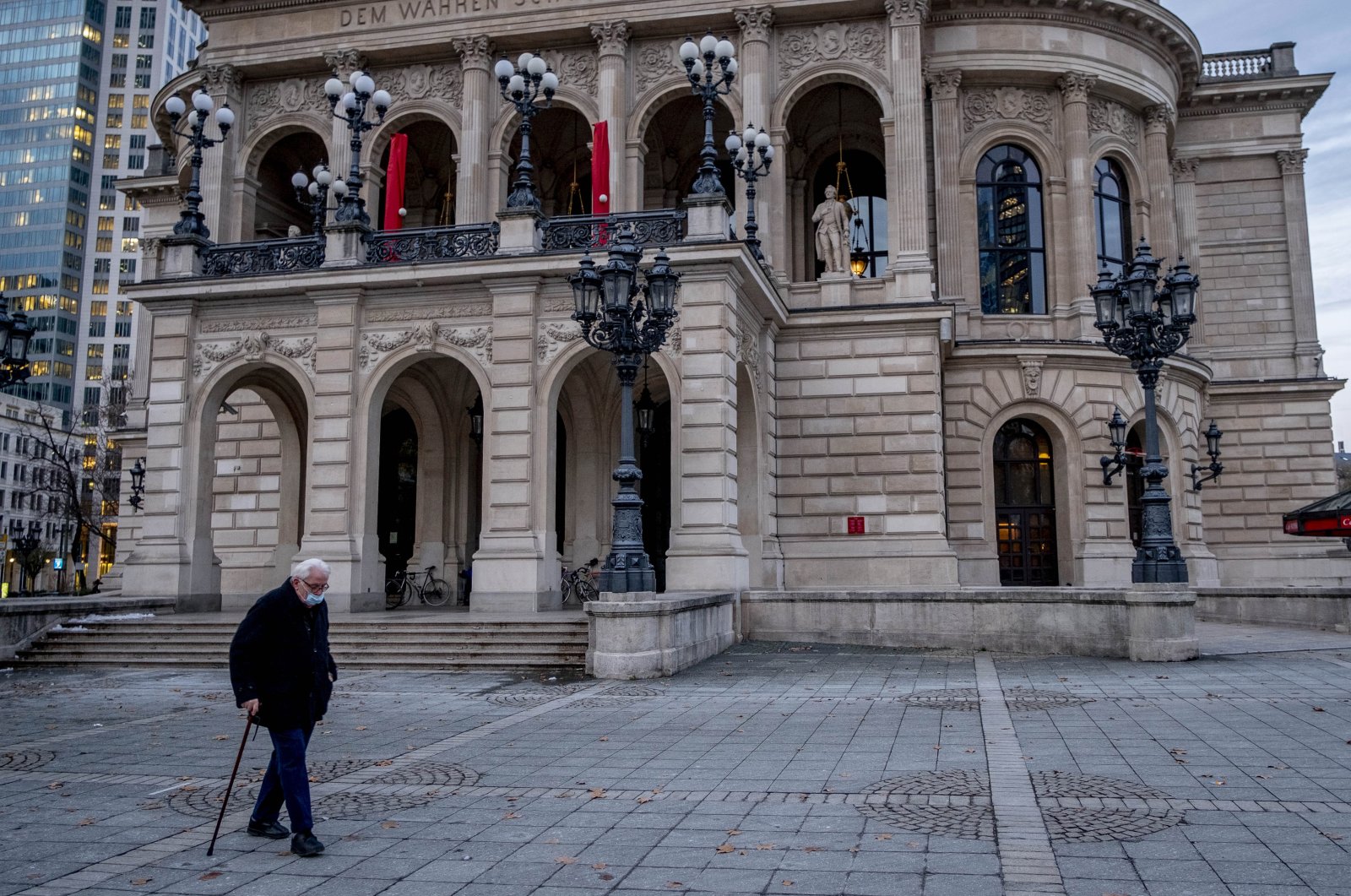 Europe is once again in lockdown as the continent struggles to contain new, more contagious COVID-19 variants of the disease with officials hoping that stricter rules will bring infection rates and the death toll down

Most of Europe kicked off 2021 with earlier curfews and stay-at-home orders as the continent is seeing the rapid growth of coronavirus cases with new, more contagious strains of the disease first detected in the United Kingdom striking fears and preventing a return to "normal life."

More than 30 million coronavirus cases have been officially recorded in Europe, according to an Agence France-Presse (AFP) tally with the 52 nations, including Russia, constituting the world's worst-affected zone in terms of the number of infections, followed by the United States and Canada at 23,994,507 cases, Latin America and the Caribbean at 16,989,628 and Asia at 14,485,588. The continent also became the first global region to pass half a million deaths on Dec. 17.

While Germany on Friday passed 2 million coronavirus cases, the World Health Organization (WHO) emergency committee readied to issue advice on stemming the spread of the new COVID-19 variant. The surge in Europe's biggest economy comes as the global death toll from the pandemic approaches 2 million and many countries double down on virus restrictions, with vaccination drives still in their infancy.

German Chancellor Angela Merkel on Thursday pushed for a "significant" tightening of curbs to slow the infection rate as the European Union's most populous country added more than 22,000 new cases. The chancellor said she wanted to bring forward crisis talks with regional leaders to the coming week, participants at a meeting of her center-right CDU party told AFP. They quoted her as saying the virus could only be stopped with "significant additional measures" and that people urgently needed to reduce social contact. Germany has fared better than many of its European neighbors in the pandemic, with France, Italy, Spain and Britain all recording more infections despite smaller populations.

The authorities in Spain insist on the new coronavirus variant causing havoc elsewhere is not to blame for a sharp resurgence of cases and that the country can avoid a full lockdown even as its hospitals fill up. The government has been tirelessly fending off drastic home confinement like the one that paralyzed the economy for nearly three months in the spring of 2020, the last time Spain could claim victory over the stubborn rising curve of cases. Infection rates ebbed in October but never completely flattened the surge from summer.

Cases started climbing again before the end of the year. In the past month, 14-day rates more than doubled, from 188 cases per 100,000 residents on Dec. 10 to 522 per 100,000 on Thursday. Nearly 39,000 new cases were reported Wednesday and over 35,000 on Thursday, some of the highest daily increases to date. The surge is again threatening intensive care unit capacity and burdening exhausted medical workers.

Some facilities have already suspended elective surgery, and the eastern city of Valencia has reopened a makeshift hospital used last year. Unlike Portugal, which is going on a month-long lockdown Friday and doubling fines for those who don't wear masks, officials in Spain insist it will be enough to take short, highly localized measures that restrict social gatherings without affecting the whole economy.

"We know what we have to do and we are doing it,” the country's Health Minster Salvador Illa told a news conference Wednesday, ruling out a national home confinement order and advocating for "measures that were a success during the second wave.” Fernando Simon, the government's top virus expert, has blamed the recent increase in cases on Christmas and New Year's celebrations.

"The new variant, even if it has an impact, it will be a marginal one, at least in our country," he said this week, as The Associated Press (AP) reported. But many independent experts disagree and say Spain has no capacity to conduct the widespread sequencing of samples to detect how the new variants have spread, and that 88 confirmed and nearly 200 suspected cases that officials say have largely been imported from the U.K. are underestimating the real impact.

The situation in Spain contrasts starkly with other European countries that have also shown similar sharp leaps in cases, increasingly more of them blamed on the more contagious variant first detected in the U.K. The Netherlands, which has been locked down for a month, has seen the pace of infections starting to drop. But with 2% to 5% of new COVID-19 cases from the new variant, the country is from Friday requiring air passengers from the U.K., Ireland and South Africa to provide not only a negative PCR test taken a maximum of 72 hours before departure but also a rapid antigen test result given immediately before takeoff.

Existing lockdowns or the prospect of mandatory confinement have not been questioned or turned into a political issue in other European countries.

France, where a recent study of 100,000 positive tests yielded about 1% of infections with the variant, is imposing curfews as early as 6 p.m., and Health Minister Oliver Veran has not ruled out a stay-at-home order if the situation worsens. The French government also said Friday that people traveling from non-EU countries to France will no longer be allowed enter by presenting a negative result from a quick COVID-19 test, but cross-Channel truck drivers will be exempt. The new rules, which come into force from Monday, Jan. 18, and are set out in a French government document, say people will no longer be able to use antigen, or lateral flow, tests that can deliver results within minutes. If lateral flow or antigen tests are not accepted, travelers will have to seek PCR tests. They can take several days to produce the results, and are less widely available in Britain for people who do not have a medical justification for getting tested. The quicker tests have been heavily used by truck drivers transporting goods across the Channel between Britain and France, and helped unblock a backlog of trucks that briefly disrupted supplies of goods at the end of December. French Transport Minister Jean-Baptiste Djebbari said on Friday truck drivers would still, for the time being, be able to get into France by using one of the quicker tests. "The provisions applicable to road hauliers coming from Britain are maintained while waiting for a coordinated plan between European countries," Djebbari wrote on Twitter.

Ireland instituted a complete lockdown after widespread infections were found to be tied to the new variant. Italy has a color-coded system that activates a strict lockdown at its highest – or red – level, although no areas are currently at that stage.

In the U.K., scientific evidence of the new variant has silenced some critics of restrictions and spurred Prime Minister Boris Johnson to impose measures that are strict but slightly milder than the nation's first lockdown. People have been ordered to stay home except for limited essential trips and exercise, and schools have been closed except for some exceptions. The country on Thursday announced it would ban all arrivals from South American countries from Friday, with the Transport Secretary Grant Shapps saying in Twitter that he took "the urgent decision... following evidence of a new variant in Brazil."

Nordic countries have rejected full-on mandatory lockdowns and are instead instituting tight limitations on gatherings and certain activities. Residents have been asked to follow specific recommendations to limit the spread of the virus. In Sweden, the issue is both legal and political, as no law exists that would allow the government to restrict the population's mobility. While urging residents to refrain from going to the gym or the library, Swedish Prime Stefan Lofven said last month, "we don’t believe in a total lockdown," before adding, "We are following our strategy."