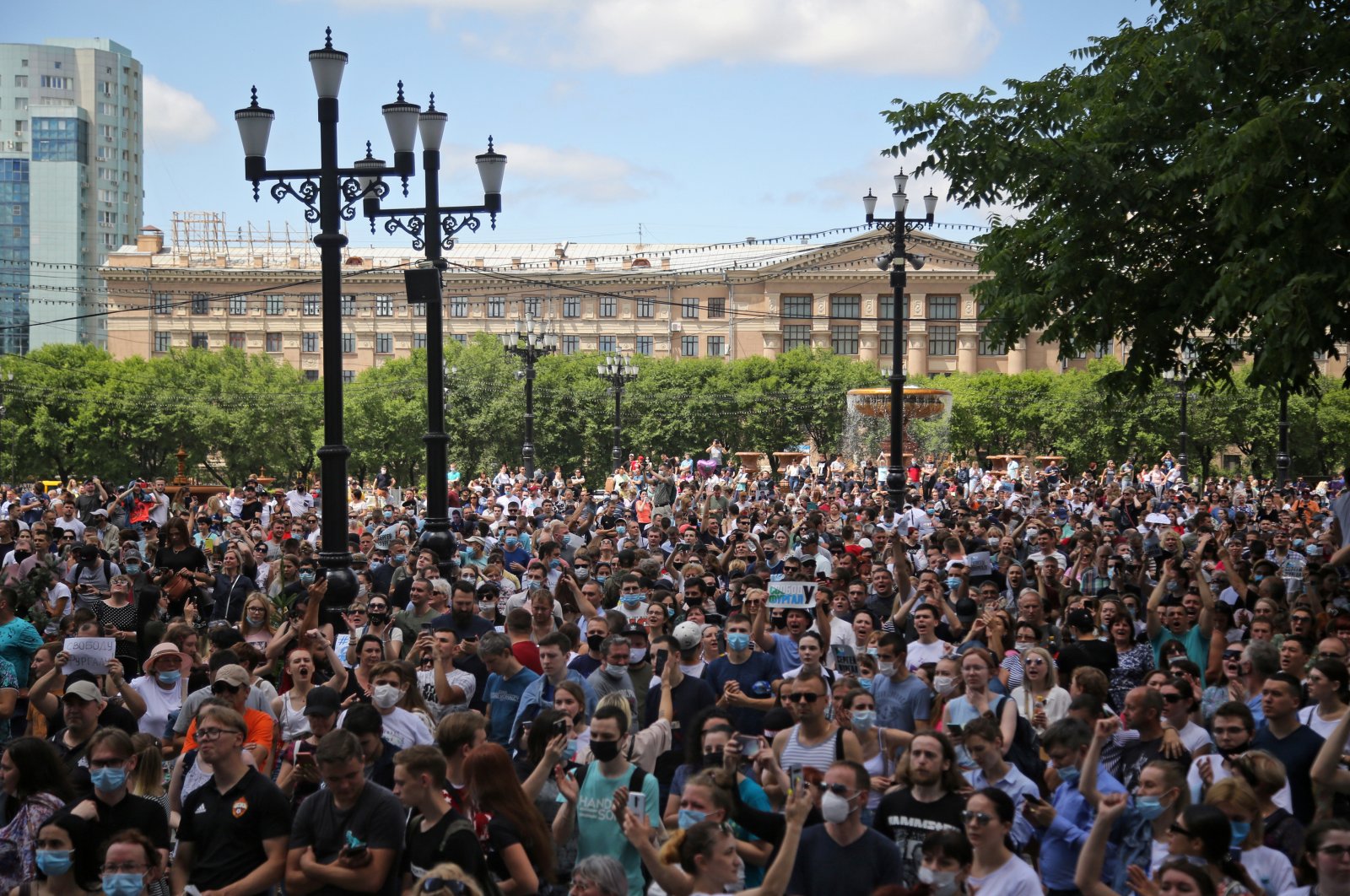 People take part in a rally in support of the governor of the far eastern Khabarovsk region Sergei Furgal, who is being held in pre-trial detention after being charged with organizing the murder of several entrepreneurs 15 years ago, Khabarovsk, Russia July 11, 2020. (Reuters Photo)
by French Press Agency - AFP Jul 12, 2020 11:59 am
RECOMMENDED

Hundreds of people joined the second day of protest on Sunday in the Russian Far East city of Khabarovsk over the arrest of a popular governor accused of ordering the murders of several businessmen.

Sergei Furgal, 50, was detained Thursday and has been ordered to remain in pre-trial custody for two months over the crimes 15 years ago.

The move triggered a mass demonstration on Saturday in Khabarovsk that was joined by between 10,000 and 40,000 people, according to various estimates.

On Sunday, several hundred people marched through the city center to the local government headquarters, according to the TASS news agency.

Furgal won the race for Khabarovsk governor by a landslide in 2018, dealing an upset to President Vladimir Putin's United Russia party.

The arrest of the former doctor came just days after Putin – who has been in power for two decades – won a landslide ballot on constitutional reforms that could allow him to extend his rule until 2036.

Furgal, leader of the Kremlin-friendly LDPR opposition party, has pleaded not guilty to the charges against him.

Saturday's demonstrations – which saw protesters chanting anti-Putin slogans – were unprecedented for almost any Russian city outside Moscow and St. Petersburg.

The local government on Sunday denounced the "provocative slogans" and urged people to show "common sense," noting that all gatherings were banned under coronavirus restrictions.