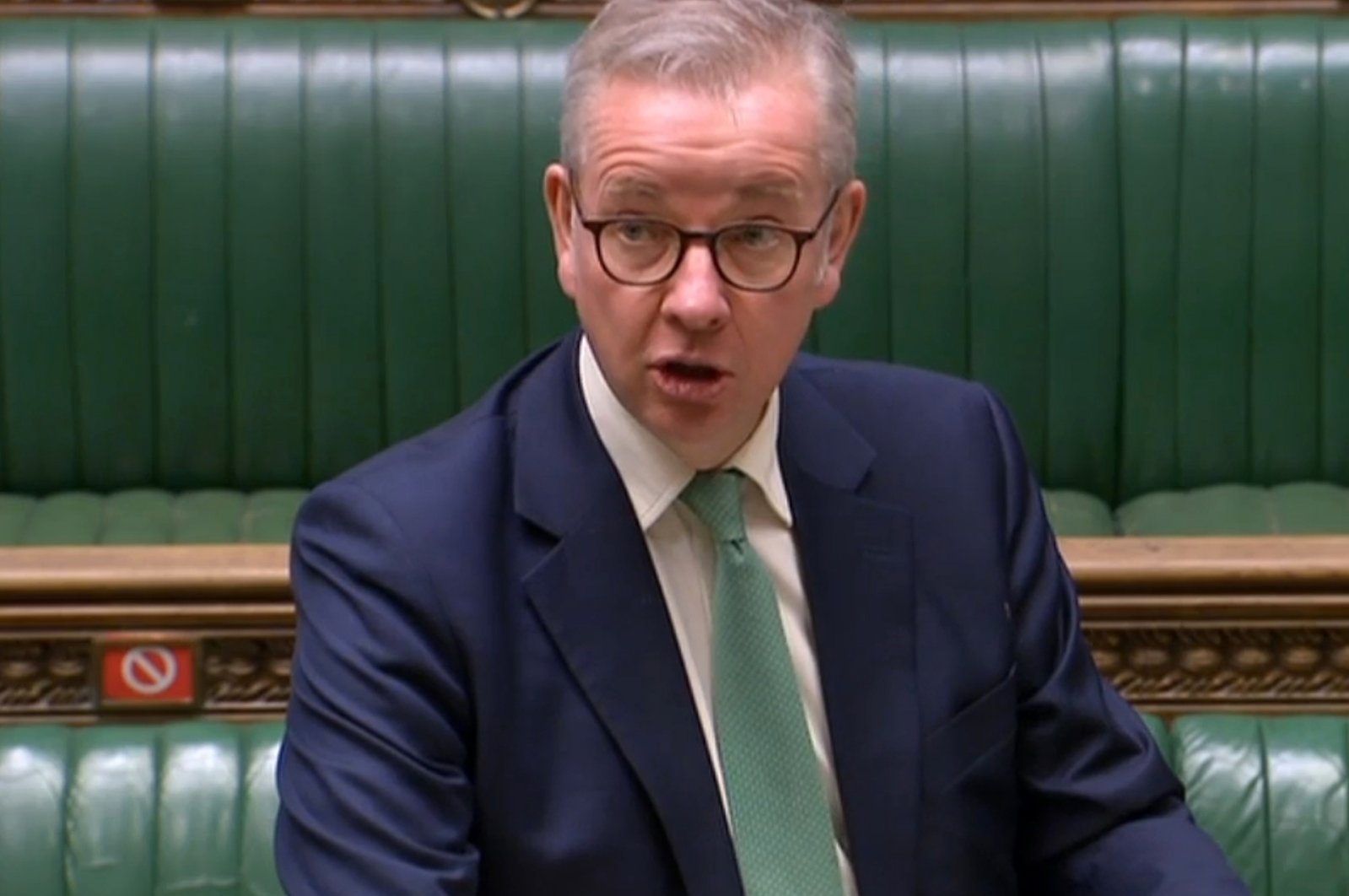 Britain's Chancellor of the Duchy of Lancaster Michael Gove updates MPs on the state of Brexit deal talks with the EU, in the House of Commons in London, Oct. 19, 2020. (AFP Photo)
by French Press Agency - AFP
Oct 19, 2020 7:17 pm

The U.K. government said Monday there was no point resuming Brexit talks with the European Union without compromise from Brussels to recognize Britain's newfound sovereignty from next year.

"There's no point in negotiations proceeding as long as the EU sticks with this position. Such talks will be meaningless and will take us no nearer to finding a workable solution," senior minister Michael Gove told Parliament.

But Gove also welcomed a new commitment from EU negotiator Michel Barnier to enshrine any talks in a legal document, after Britain had accused Brussels of dragging its feet in the countdown to a potential "no-deal" separation at the end of this year.

"I confirmed that the EU remains available to intensify talks in London this week, on all subjects and based on legal texts. We now wait for the UK's reaction," Barnier tweeted as Gove was speaking, following fresh talks with his U.K. counterpart David Frost.

Gove responded: "I welcome that and obviously we need to make sure we work on the basis of the proposed intensification that they propose. I prefer to look forward in optimism rather than back in anger."