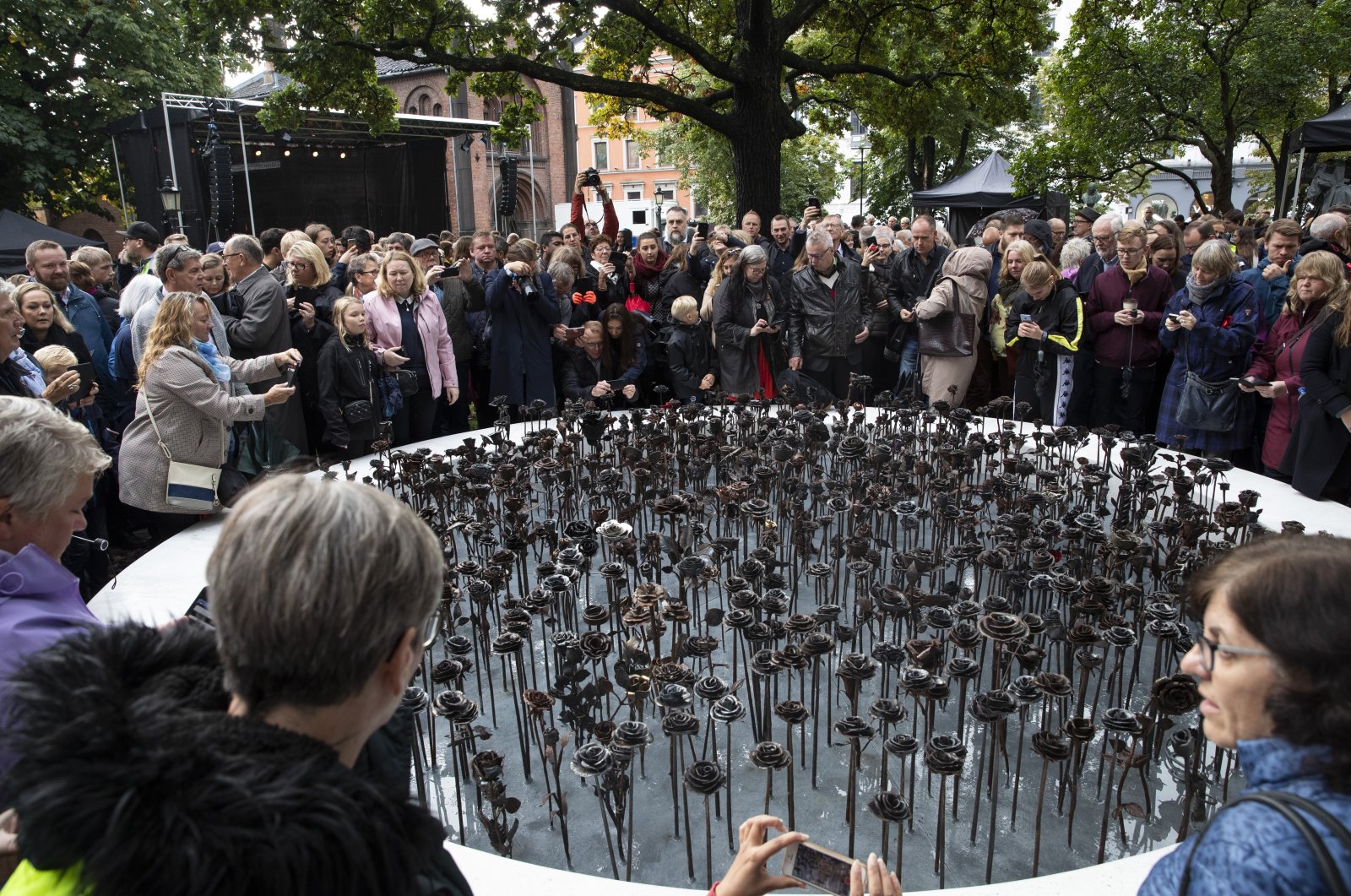 Norway on Thursday marked 10 years since far-right extremist Anders Behring Breivik killed 77 people in the worst act of violence in the country since World War II.

Breivik detonated a car bomb outside the prime minister's office in Oslo, killing eight, before driving to Utoeya island and shooting 69 people at a Labour Party youth camp on July 22, 2011.

The day's commemorations began with a memorial service outside what was once the prime minister's office – an empty shell since the attack due to disagreements over how to rebuild it – attended by Prime Minister Erna Solberg, survivors and relatives of the victims, political leaders and Norway's Crown Prince and Crown Princess.

Outside the guarded area, passersby stopped to listen, and some embraced each other as the names of the victims were read out.

"It hurts to think back to that dark day in July, 10 years ago. Today, we mourn together. Today, we remember the 77 that never came home," Solberg said in a speech on site.

"The terror of July 22 was an attack on our democracy."

Breivik, 42, is serving a 21-year sentence, which can be prolonged indefinitely if he is deemed a continued threat to society.

The debate over the attacks has shifted over the years. Survivors, many of whom were teenagers at the time, are now determined to confront the far-right ideology which was a catalyst for the attack.

This is a departure from Norway's response at the time, which emphasized unity and consensus, with Jens Stoltenberg, the Labour Party prime minister at the time, calling Breivik's actions attacks on Norway and democracy.

"Ten years later, we need to speak the truth. We have not stopped the hate. Right-wing extremism is still alive," said Astrid Hoem, leader of The Workers' Youth League (AUF), and a survivor of the Utoeya attack, at the memorial event.

"The terrorist was one of us. But he does not define who we are – we do," Hoem said.

After 10 years, it was time to clearly reject racism and hate once and for all, Hoem said. "Because if we do this now, we might be able to keep our promise of 'Never again July 22'," Hoem added.

On Tuesday, a memorial to 2001 teenage hate crime victim Benjamin Hermansen was defaced with the slogan "Breivik was right," an act strongly condemned by politicians and the public and which is being investigated by police.

A service will follow the initial event at the Oslo Cathedral, where Stoltenberg, now NATO Secretary-General, will speak.

Later, there will also be a ceremony on Utoeya, and the day will conclude with an evening ceremony in Oslo during which King Harald will speak.

A group of survivors has set up a Twitter account @aldriglemme (Never forget) to re-post tweets about the attack as they appeared 10 years ago.