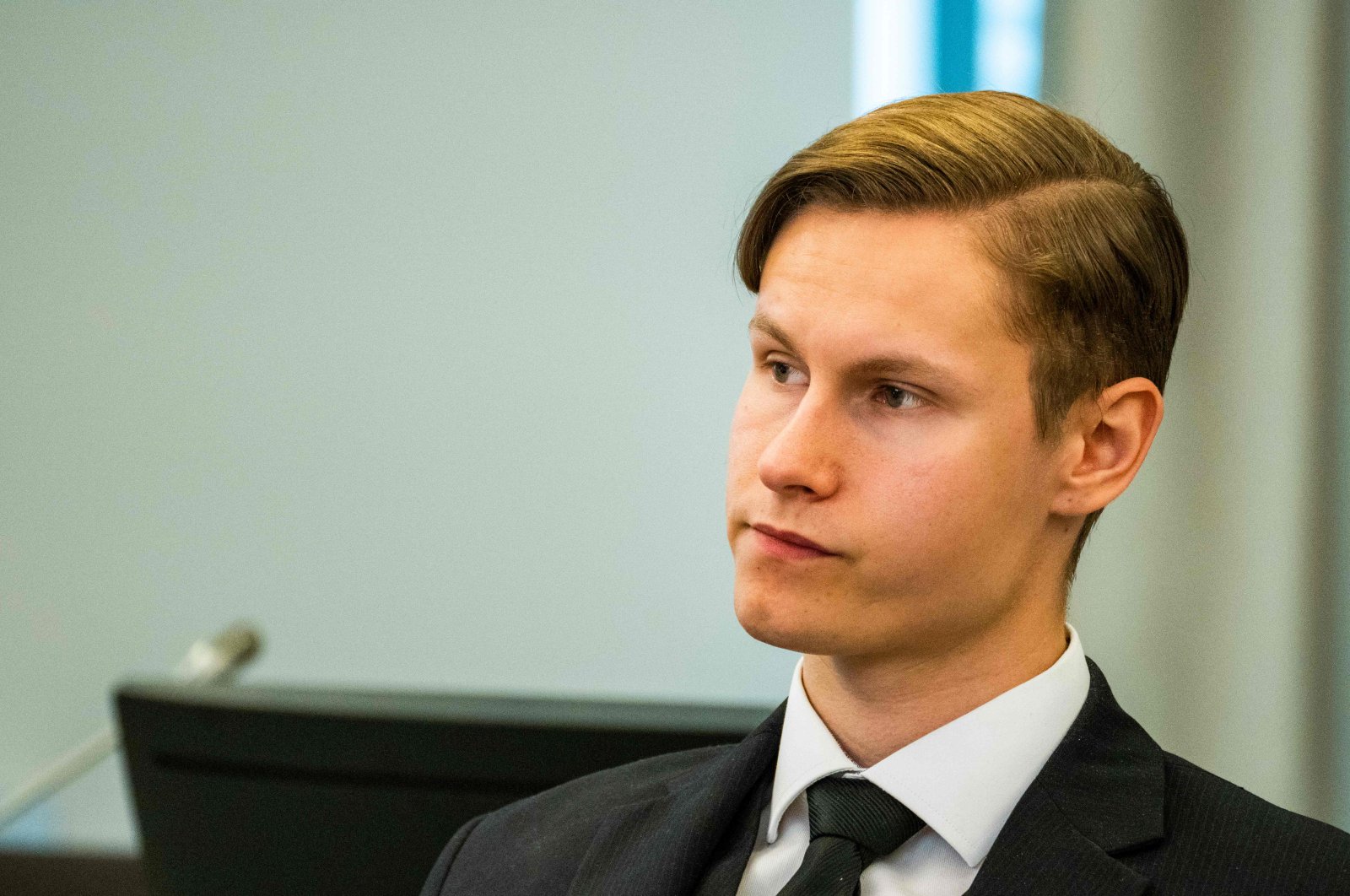 Philip Manshaus is seated in court listening to his sentencing for terrorism and homicide in the Asker and Baerum district court west of Oslo on June 11, 2020. (AFP Photo)
by Compiled from Wire Services Jun 11, 2020 11:46 am
RECOMMENDED

A Norwegian man who killed his stepsister and then stormed an Oslo mosque and opened fire, was found guilty Thursday and sentenced to 21 years, the longest allowed jail term under Norwegian law.

Philip Manshaus, who had said in court that he regretted not having caused more damage, "has proven to be an extremely dangerous person,” prosecutor Johan Oeverberg said as he demanded the maximum penalty.

Last year, Manshaus, 22, first killed his 17-year-old stepsister by shooting her four times with a hunting rifle at their home in the Oslo suburb of Baerum. Then, he drove to a nearby mosque where three men were preparing for Eid al-Adha celebrations. Manshaus fired four shots from a rifle at the mosque's glass door before he was overpowered by one of the men in the mosque.

Manshaus expressed strong anti-immigrant and anti-Muslim views before last year's attack and was unrepentant at trial.

"He went in with the purpose of killing as many Muslims as possible," judge Annika Lindstroem said.

Manshaus expressed admiration for the massacre of more than 50 people at two New Zealand mosques last year by a white supremacist who filmed and broadcast the killings live.

In court, Manshaus confessed to the acts but called them "emergency justice.”

The attack also drew comparisons with the massacre of 77 people by far-right mass killer Anders Behring Breivik in 2011 in Norway's worst peacetime atrocity.

Manshaus wore a helmet camera, filming the mosque shooting, but failed in his attempt to broadcast the attack online.

In his first court hearing last August, Manshaus appeared with black eyes and bruises on his face and neck from the ensuing fight at the mosque.

The court rejected the defence's plea to declare Manshaus insane, relying instead on a psychiatric evaluation which found him fit to stand trial.

The 21-year prison term, the steepest available for the first-degree murder and breach of anti-terrorism law, also contained a provision that his release can be put off indefinitely should he still be considered a threat to society.