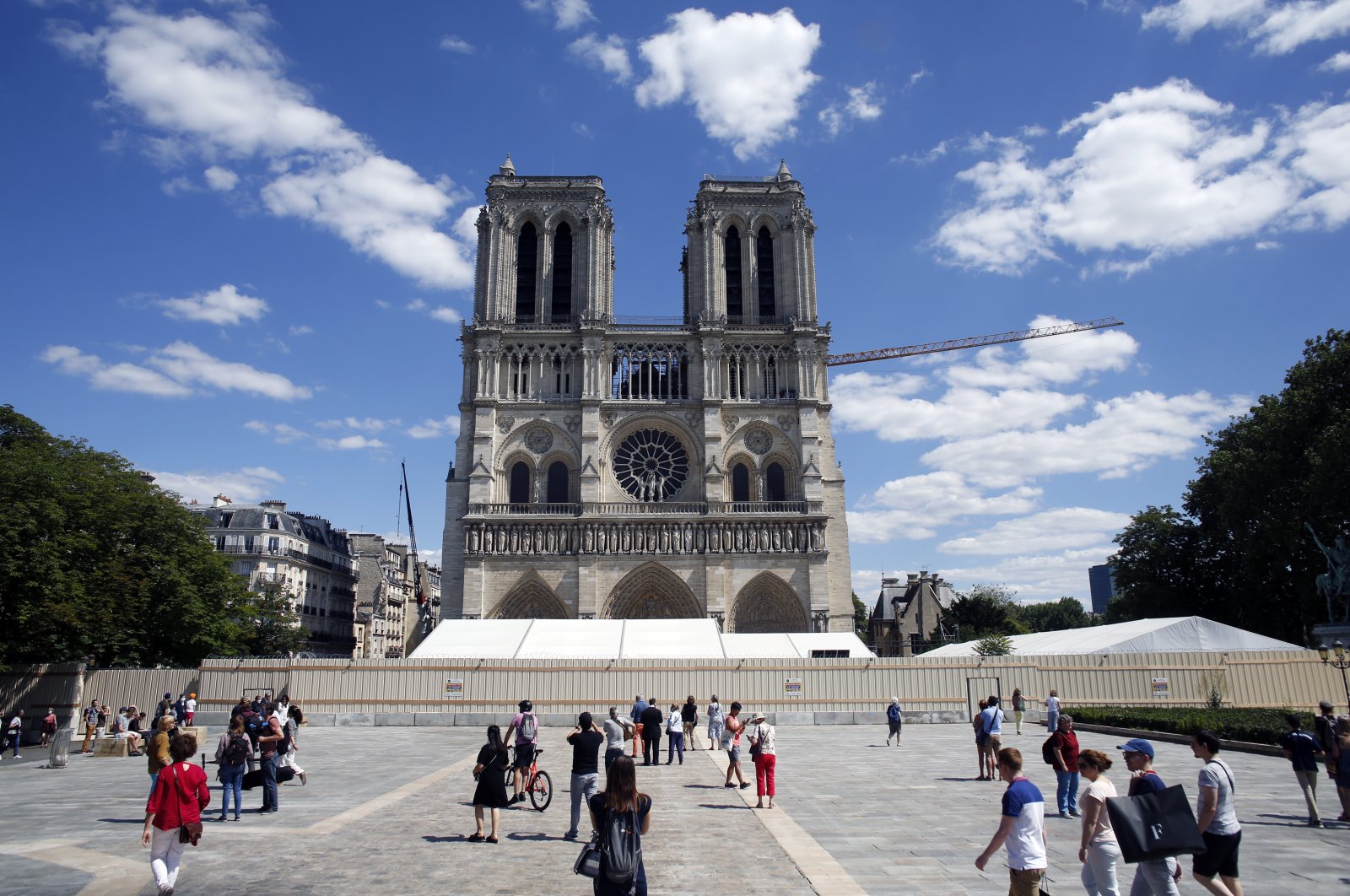 It was probably fitting that on the holiest day of the week, one of the world's most beloved and historic cathedrals is once again welcoming worshipers. Notre Dame Cathedral opened its forecourt, the square in front of the house of worship, to the public Sunday afternoon, a little over a year after the church was nearly engulfed in flames.
Paris Mayor Anne Hidalgo, Cardinal Michel Aupetit and Gen. Jean-Louis Georgelin, the latter in charge of the renovation, welcomed devotees at 3 p.m.
On April 15, 2019, a fire started in a corner of the cathedral's roof, allegedly from faulty equipment, as the structure had been undergoing restoration. For three and a half hours, 400 firefighters battled a blaze that nearly took down the 11th-century house of worship. To the horror of onlookers, the fire tore through the roof and destroyed the cathedral's notable Gothic spire, finally coming under control in the early morning hours.
Metal scaffolding had been in place at the time of the fire, there to hold up the rafters, which quickly turned into 300 tons of molten lead. Combined with the charred wood roof, it has made for mounds of debris that workers have been sifting through over the past year. The lead pollution also fell on a vast amount of the surrounding area.

Notre Dame as well as city officials had to receive the go-ahead from France's Regional Health Agency (ARS) before reopening on Sunday. Despite multiple cleanings, lead levels around the church, including in the forecourt, had remained too high previously. They have been now cleared away sufficiently to open.
Hidalgo called the celebration "a renaissance of sorts" and called Notre Dame "the soul of Paris." It was held to coincide with the Christian holiday of Pentecost, the seventh Sunday after Easter marking the descent of the Holy Spirit onto the disciples of Jesus. No masses were held in celebration.
President Emmanuel Macron had declared that repair work on the structure would take only five years. Experts have cautioned though that his estimate is far too optimistic. Priceless artifacts and the cathedral's interiors need cleaning and repair, which has been calculated by historians to require at least 10 years.