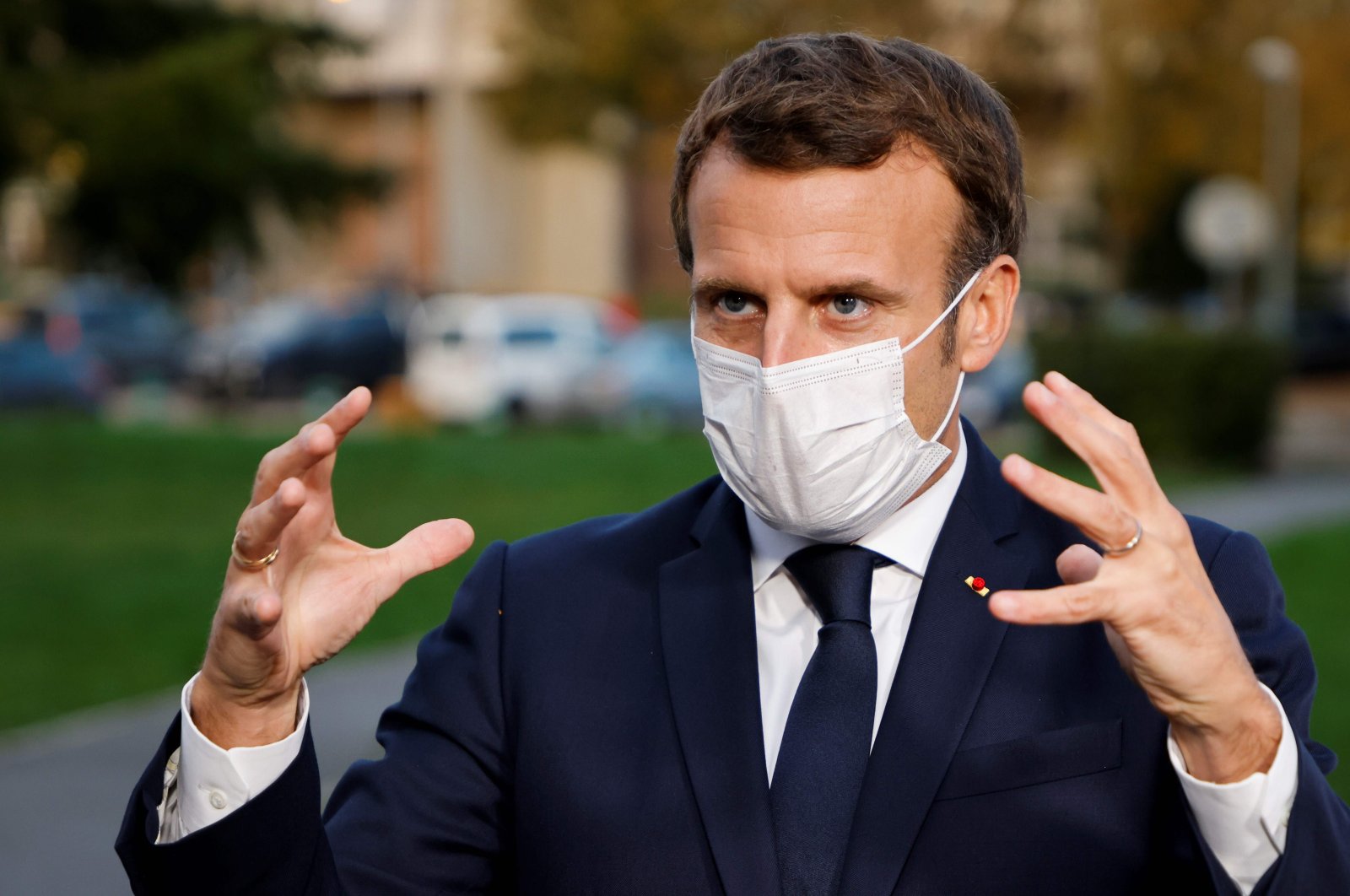 French President Emmanuel Macron speaks to the press after chairing a meeting with the medical staff of the Rene Dubos hospital center in Pontoise, in the Val d'Oise, France, Oct. 23, 2020. (AFP Photo)
by Anadolu Agency
Oct 24, 2020 12:49 pm

The General Secretariat of the Organization of Islamic Cooperation (OIC) on Friday condemned continued attacks and incitement against Muslim sentiment and insults of the Prophet Muhammad.

A statement by the group criticized the "discourse from certain French politicians, which it deems to be harmful to the Muslim-French relations, hate-mongering and only serving partisan political interests."

It said it "will always condemn practices of blasphemy and of insulting Prophets of Islam, Christianity and Judaism" as it decries any crime committed in the name of religion.

It also denounced the killing of French teacher Samuel Paty, who was decapitated last Friday in a Paris suburb.

The statement rejected the incitement against Islam, its symbols and linking Islam and Muslims with terrorism.

In recent weeks, French President Emmanuel Macron attacked Islam and the Muslim community, accusing Muslims of "separatism" and he said previously that "Islam is a religion in crisis all over the world."

The OIC statement coincides with a provocative move by Charlie Hebdo, a left-wing French magazine infamous for publishing anti-Islamic content, that has drawn widespread anger and outrage across the Muslim world.

The caricatures were first published in 2006 by Danish newspaper Jylllands Posten, sparking a wave of protests.