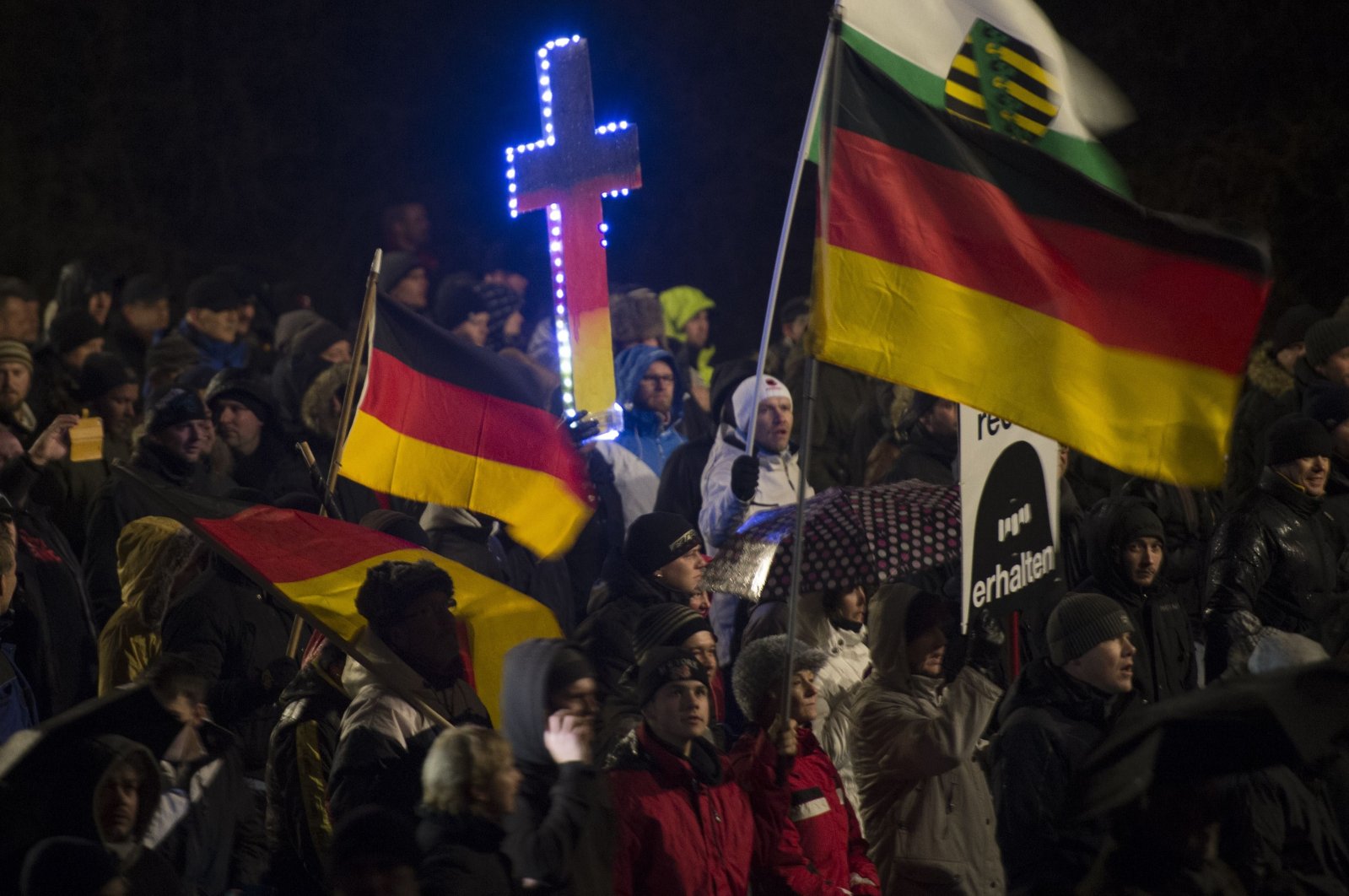 A demonstrator holds a crucifix in the colors of Germany during a rally by a mounting right-wing populist movement called PEGIDA on Jan. 5, 2015, in Dresden. (AFP Photo)
by German Press Agency - DPA Aug 26, 2020 6:37 pm
RECOMMENDED

A total of at least 1,412 people had approached the orders with allegations of sexual abuse at the hands of members of the church when they were children or teenagers, respondents to a survey by the Umbrella Organization of the German Conference of the Heads of Religious Orders (DOK) said.

A total of 654 members of the orders were accused of sexual abuse, the majority of whom - just below 80% – have since died, the DOK said. Thirty-seven of the accused had since left their respective orders.

"These acts brought unspeakable suffering to those affected," she said, adding that victims who broke their silence and spoke out about the abuse in subsequent decades had often had to deal with disappointment and trauma all over again.

"We very much regret this and recognize our failure," she said.

The DOK emphasized that the information was not based on a scientific study, merely an internal survey. Around three-quarters of religious orders – 291 out of 392 – responded to the questionnaire.

Of the 291 orders that participated, 100 said they had faced allegations of abuse or more than 34%.

Following revelations of sexual abuse of children by priests around the world, German bishops last year announced a reform process called the "synodal path" that would examine topics including power structures, sexual morality, celibacy and the role of women.