Over 200 firefighters still battling Chernobyl blazes after a month 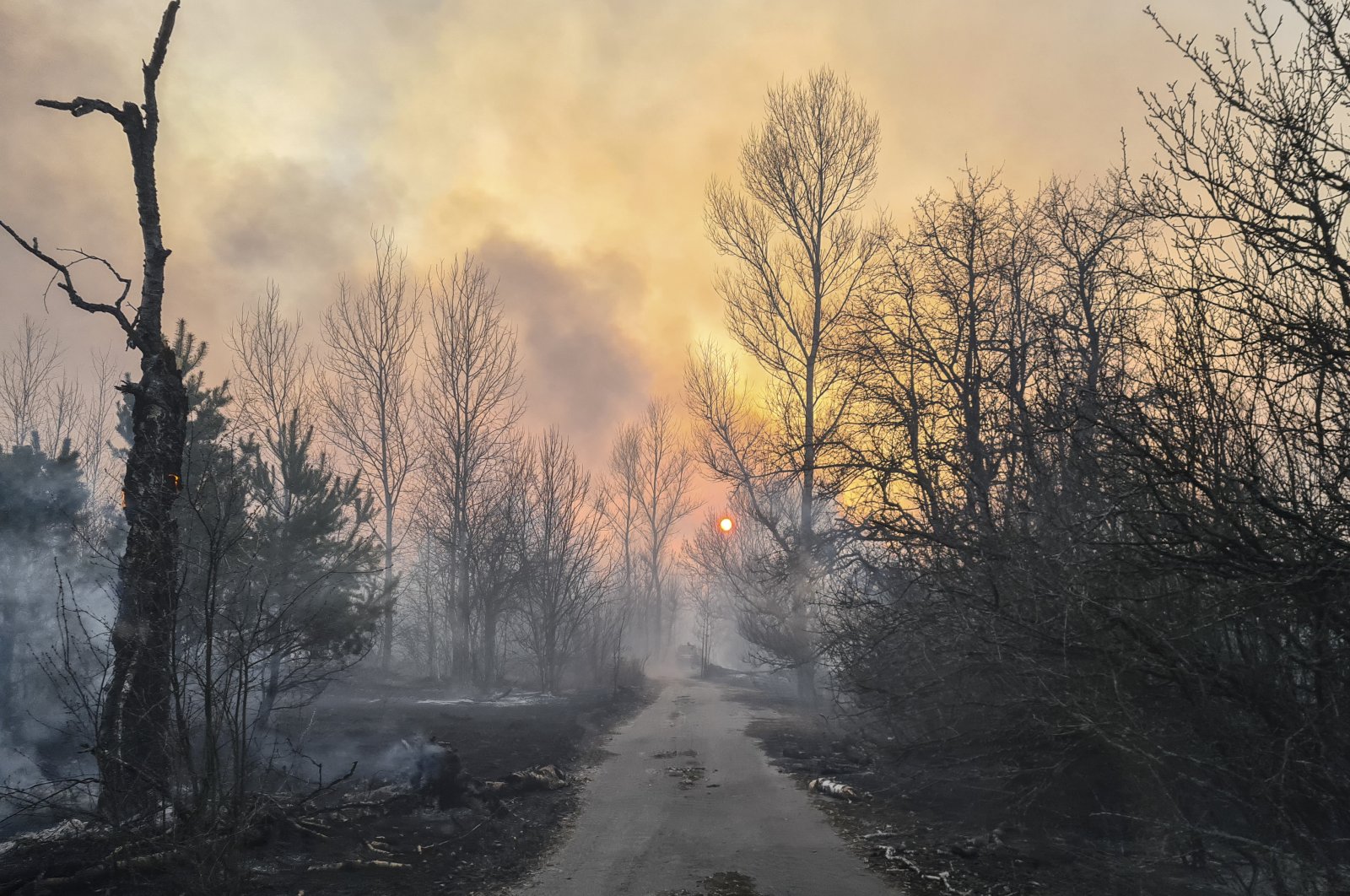 A forest fire burns near the village of Volodymyrivka, in the exclusion zone around the Chernobyl nuclear power plant, Ukraine, April 5, 2020. (EPA Photo)
by German Press Agency - DPA
May 01, 2020 3:38 pm

Ukrainian firefighters have been battling blazes in the radiation-contaminated Chernobyl exclusion zone for a month, with more than 200 firefighters in the area on Friday.

More than 11,500 hectares of forest have been affected by the fires in the predominantly uninhabited zone, still contaminated from the nuclear power plant disaster more than three decades ago.

Environmental experts have expressed concerns that the fires could stir up radiative ash in the ground, with strong winds having the potential to spread the contamination.

Ukraine's capital, Kyiv, is about 100 kilometers (63 miles) south of the devastated power plant. The 1986 reactor meltdown and explosion at Chernobyl is widely considered the world's worst nuclear disaster.

"Background radiation in Kyiv, the Kyiv region and the exclusion zone is within natural background values," the State Emergency Service, responsible for firefighting efforts, said in a statement on Friday.

Authorities have been echoing that assessment in recent weeks.

A senior environmental official, Egor Firsov, reported as the fires began in early April that radiation in the Chernobyl zone was detected at 16 times higher than normal background levels.