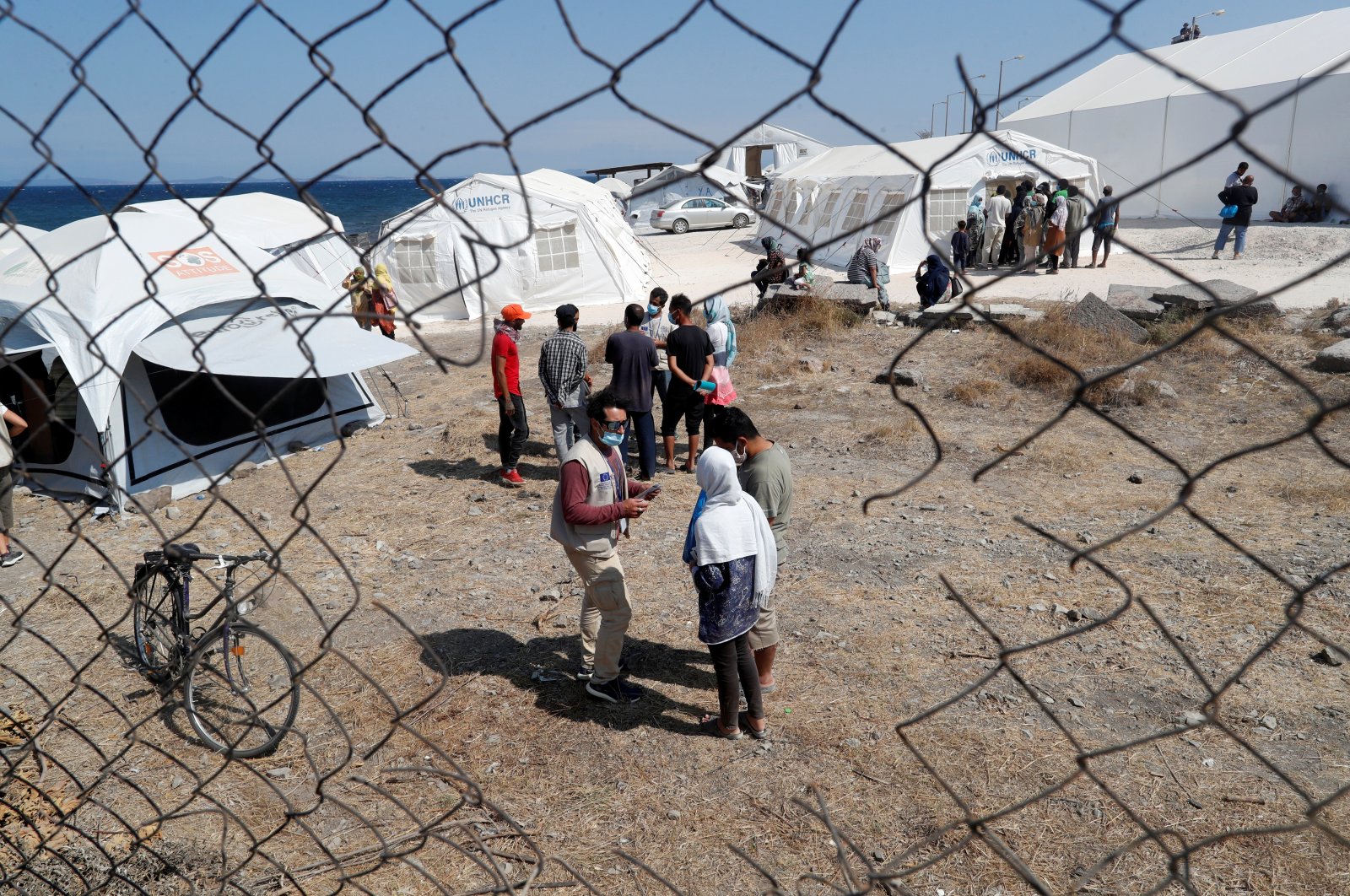 Aid workers and residents are seen at the new temporary camp for migrants and refugees, on the island of Lesbos, Sept. 21, 2020. (REUTERS Photo)
by French Press Agency - AFP Sep 21, 2020 4:01 pm
RECOMMENDED

More than 240 asylum-seekers at a new temporary camp on the Greek island of Lesbos are infected with the coronavirus, the national public health agency said Monday.

The Hellenic National Public Health Organization (EODY) said in a statement that "243 new infections have been discovered" among 7,000 asylum-seekers tested.

It added that other tests on 120 police and 40 staff at the camp, which was hastily built last week after Europe's largest migrant camp Moria was destroyed by fire, had come back negative.

Over 12,000 people including elderly and newborns were left sleeping alongside roads, parking lots and even at the local cemetery when the Moria camp burned down on Sept. 8. Six young Afghans face arson charges in connection with the blaze.

It took over a week for most of the asylum-seekers to be rehoused in the new tent camp hurriedly built on a disused army firing range a few kilometers away.

Many migrants were wary of being locked up again after spending months at the notoriously overcrowded and unsanitary Moria camp, which was rife with ethnic gang crime.

Since March, movement restrictions at Moria were even more stringent because of the coronavirus pandemic. Several asylum-seekers have now complained that the tents lack even basic bedding and that sanitation is rudimentary.

Another three migrant minors were arrested over a fire that broke out in the migrant camp on Samos island on Sunday, officials said.

Migration Minister Notis Mitarachi on Monday told parliament that those responsible for the fire would "serve their sentence in Greece and will then be deported."

Mitarachi said a "modern, safe and respectable" new camp will be constructed on Lesbos, even though local officials strongly oppose the move, demanding the immediate removal of most asylum-seekers.