Over 700 jailed in Belarus in wake of protester's death 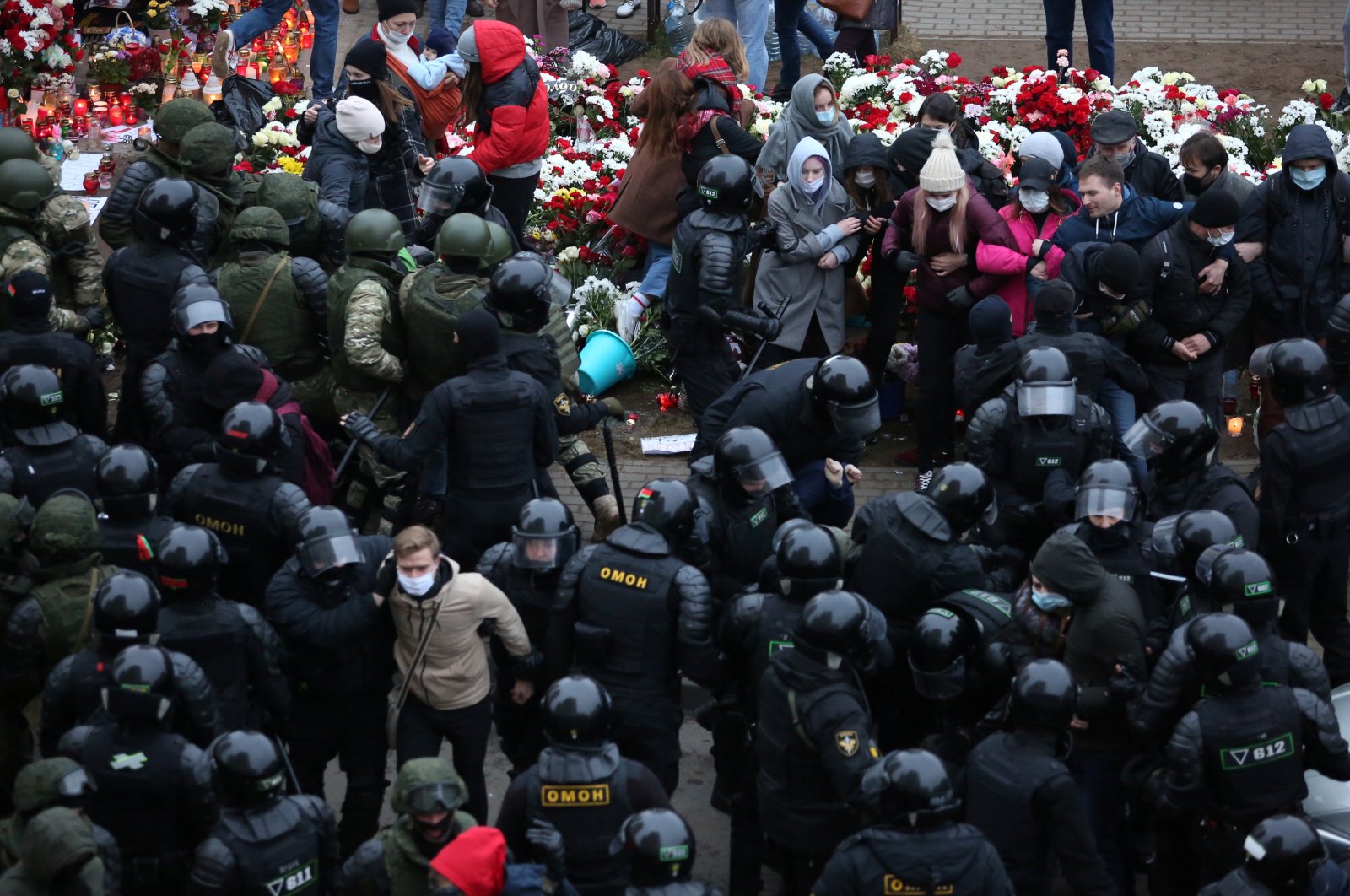 More than 700 people were jailed following latest anti-government protests in Belarus, the interior ministry said on Monday, as anger mounted over the recent death of a protester.

Thousands took to the streets of the Belarusian capital Minsk on Sunday, the latest of three months of demonstrations against the reelection of strongman leader Alexander Lukashenko in August.

Opponents of 66-year-old Lukashenko, who has been in power for more than two decades, say the election was rigged and insist political novice Svetlana Tikhanovskaya was the true winner of the polls.

The Belarusian interior ministry said Monday that more than 700 people were taken into pretrial detention for "breaching the laws on mass gatherings."

Tikhanovskaya, who was granted shelter in EU member Lithuania shortly after the election, said on Monday she met with ambassadors of several Western countries to discuss further sanctions on Lukashenko's regime due to the "evident escalation of violence." In a statement on Telegram, she added that new sanctions could be expected "this week." The European Union has slapped sanctions on Lukashenko and his allies, citing election fraud and a violent crackdown on protesters.