Over 80 people arrested across France at security law protests 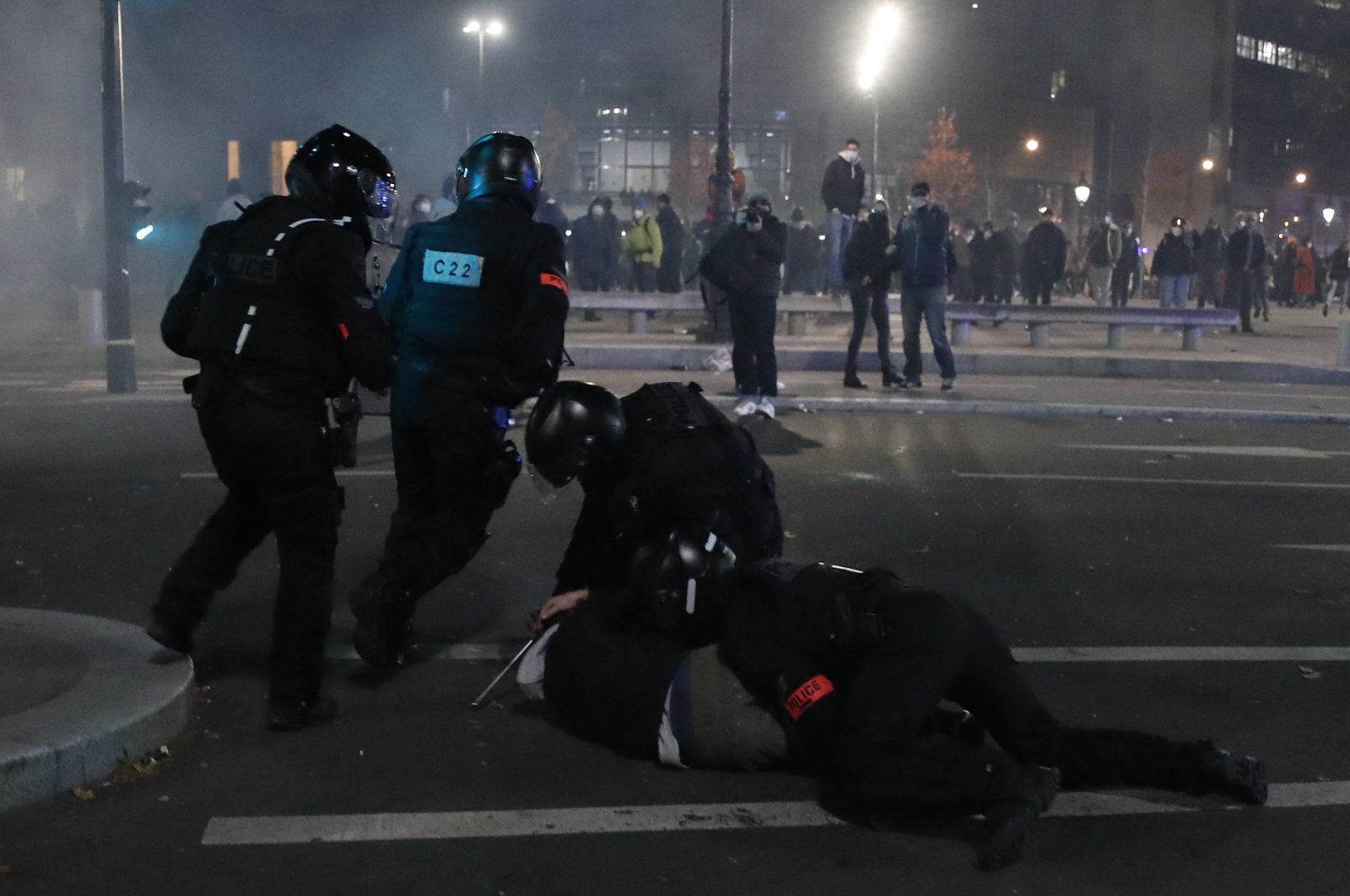 Police in France detained 81 people across the country over the weekend after protests were held in several cities against police brutality and a controversial new security law, according to reports.

The arrests were made after around 133,000 people demonstrated in several cities, with 46,000 in Paris alone, according to the Agence France-Presse (AFP), which cited the Interior Ministry. Organizers later said that as many as 500,000 people nationwide had joined the marches, with as many as 200,000 in Paris, AFP reported.

The protests came as France reels from two high-profile incidents of police brutality last week, while French President Emmanuel Macron's government is still pushing a new controversial bill that would restrict the ability to film police. Last Monday, police officers used force to evacuate a migrant camp, and on Thursday a video emerged that appeared to show officers beating a black music producer. The attacks have inflamed racial tension, with allegations of repeated police brutality against black and minority communities at the forefront of many people's minds after the death of black American George Floyd in the U.S. city of Minneapolis in May sparked global protests.

Last Tuesday, the lower house of Parliament gave initial approval to a security bill that would restrict the publication of photos or videos of police officers' faces, although it still faces further legislative hurdles. French activists fear that a proposed new security law will deprive them of a potent weapon against abuse – cellphone videos of police activity – threatening their efforts to document possible cases of police brutality, especially in impoverished immigrant neighborhoods.

Justice Minister Eric Dupond-Moretti has acknowledged that “the intent (to harm) is something that is difficult to define" and the government appears ready to back revamping part of the proposed law.

Activists consider the draft law one more step in a series of security measures passed by French lawmakers to extend police powers at the expense of civil liberties. A statement signed by over 30 groups of families and friends of victims of police abuses said that since 2005, “all security laws adopted have constantly expanded the legal field allowing police impunity," the Associated Press (AP) reported.

Riots in 2005 exposed France’s long-running problems between police and youths in public housing projects with large immigrant populations. Critics noted a hardening of police tactics during protests or while arresting individuals. Hundreds of complaints have been filed against officers during the yellow vest movement against social injustice, which erupted in 2018 and saw weekends of violent clashes.