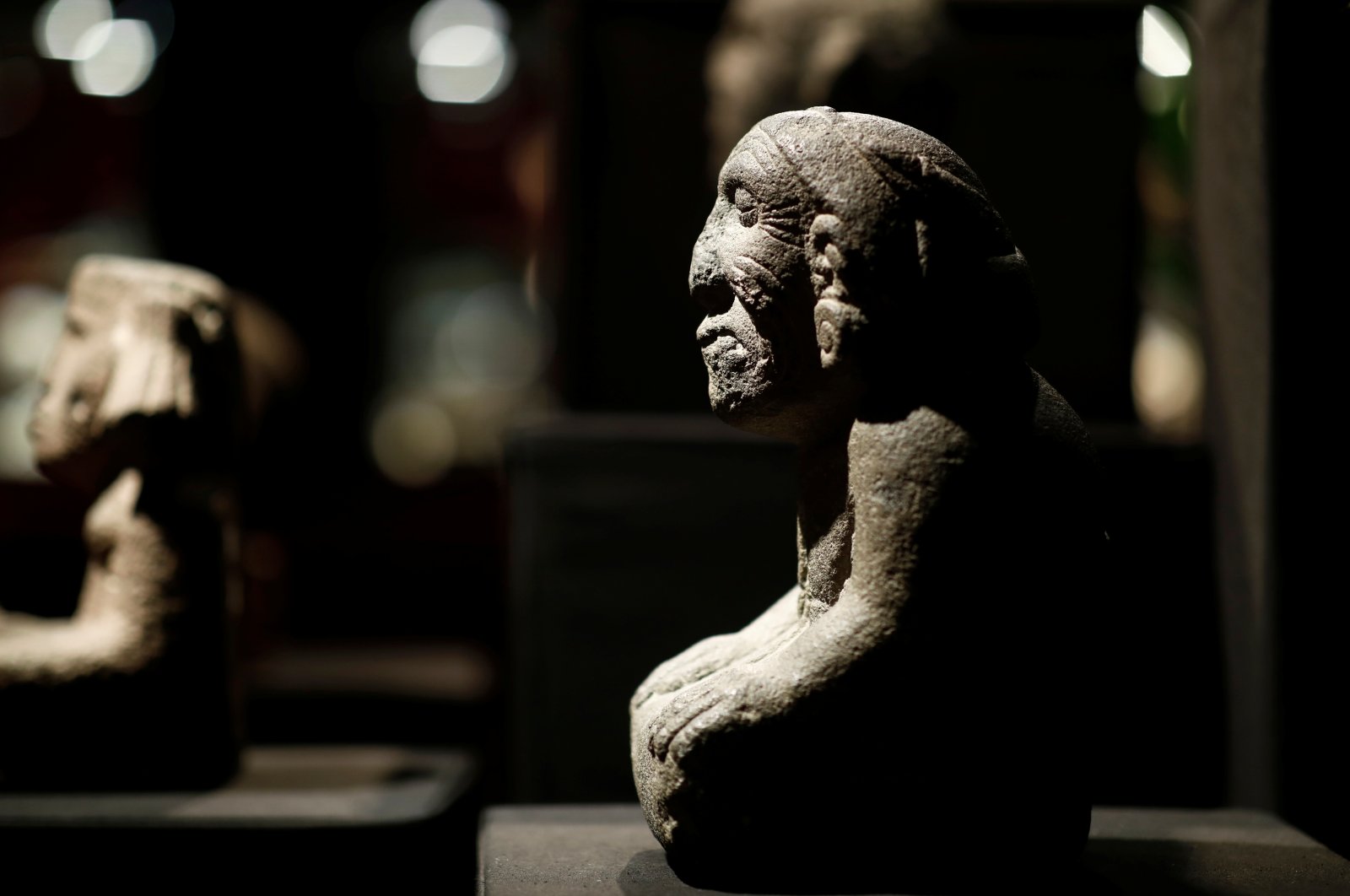 A pre-Columbian stone figure of the kneeling goddess of fertility and earth, Coatlicue, is presented to the press at the Drouot auction house in Paris, France, Sept. 18, 2019. (Reuters Photo)
by French Press Agency - AFP Sep 21, 2021 9:13 am

A German auction house was asked by Panama to withdraw the sale of seven pre-Columbian artifacts believed to be part of the Central American country's heritage.

The country's Foreign Ministry said it had asked Munich-based Gerhard Hirsch Nachfolger to produce export permits for the pieces, set to go under the hammer Tuesday.

It had informed its German counterpart of its "disagreement with the sale of these objects, as they could be part of Panamanian historical heritage," it said in a statement Monday.

Panama has also called on Germany to prevent the sale until experts from the Panamanian Culture Ministry determine their origin and the legal aspects surrounding them.

The Panamanian authorities have indicated that they have also requested assistance from the United Nations cultural body UNESCO to seek the objects' return.

According to the auction house's website, the seven Cocle Parita- and Cocle Conte-style pottery vessels are among more than 300 pre-Hispanic objects from Mexico, Guatemala, Costa Rica, Panama, Bolivia and Peru set for auction Tuesday.